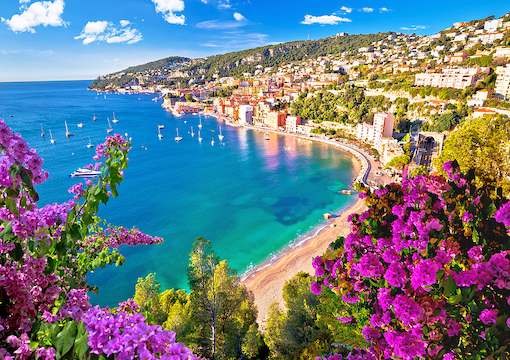 GSTAAD—Good old Helvetia, I’m quitting her for the rainy but pleasant land of England, the cows beginning to resemble chorus girls and the village an alpine Colditz. Too much of a good thing, said a wise man to a friend of mine who wanted to live on the French Riviera year-round. That was long ago. The South of France is now what Trump described some Central American countries as, a “shithole,” and a very expensive one at that. The real Riviera now lies far away from the coast, up in the hills, Saint-Paul-de-Vence and the environs. The rest of the Côte d’Azur, where Russian and Arab gangsters have bought all the great houses on the water, now reminds me of Baku, where during the turn of the last century the Great Game was being played between Russia, Britain, and Germany, with Sir Basil Zaharoff triple-crossing all three.

But forget the Riviera (we thought about it for two milliseconds), the people who have recently moved there are far too intellectual for me. So are many of the recent arrivals up here in the Alps, and one can spot them in the lobbies of the hotels and hear them debating whether Platonic dialogues can be morally compared to Rousseau’s Social Contract. That aside, and perhaps after being cooped up here for so long, I’ve decided a change of place is what the doctor ordered. First it was Athens, but now it’s London. We found a great house, the wife has already moved in, and I’m already missing the cows, some of whom look just like Vivien Duffield but are never as rude.

Mind you, we’ll use my chalet at Christmas, in March, and during the summer after Greece, so it’s not like leaving Ireland for America during the potato famine. I simply cannot bear to live here year-round, as I have the past couple of years. There is nothing but jewelry shops and couture joints, and bookstores are as rare as Christian churches are in Saudi Arabia. In fact, there used to be two bookstores back in the late ’50s; both are now selling trinkets, and a retired cop told me that although it is not yet illegal to read books in town, it’s simply not encouraged.

“From the slopes to the club to more slopes, to the backgammon game, to the nightclub, to the bedroom, I don’t regret it.”

Oh well, it could be worse: I could have gone to Palm Beach 62 years ago, the year I decided to be a libertine rather than a shipowner. Palm Beach, however, was great back then. The Phipps family had not sold its vast holdings that became apartment dwellings for the BBQ (Brooklyn, Bronx, and Queens) hordes that came down from the North. The place actually was magical. Everything was green, symmetrical, and in good taste. There was no crime whatsoever, with a wonderful police that was very well paid and knew everyone who lived on the island. We played tennis in the morning at the B&T (Bath and Tennis) and again in the afternoon at the Everglades, on Worth Avenue. Further down the street was the Alibi, the best nightclub in Palm Beach, where everyone knew everyone. It was a very WASPy crowd, very traditional and low-profile, and with wonderful manners.

The WASPy crowd opened its doors to us preppies for Christmas and spring breaks as if we were of their families. The great polo player and Edwina Mountbatten’s lover, Laddie Sanford, had never met me but invited me to his house for dinner for no apparent reason, as did Winston Guest, a ten-goal handicap in polo. Many of my fraternity brothers had homes in Palm Beach while I was at university, and the tennis was terrific, especially when playing Stanley Rumbough, a great natural athlete and husband to a great beauty, Dina Merrill, whose mother was the richest woman in America and had built Mar-a-Lago across the B&T, now occupied by The Donald. And there was always West Palm Beach if one was looking for down and dirty. All one had to do was cross the bridge and presto, there were sleazy nightclubs, strip joints, and hookers galore. WPB was for emergencies only.

Money-grubbing developers, new arrivals Bernie Madoff and his friends, and modernity in general slowly turned the pristine, immaculate, and conservative resort toward adopting Hollywood ways. Palm Beach still reeks of money, but it’s new, vulgar moola, its beautiful Hispanic architectural marvels slowly being torn down for the brash kind, although it retains some of the old magic of being a village where one can buy a Mercedes or a diamond worth millions but cannot have one’s shirt laundered.

Never mind. I chose the mountains rather than the tropics because of the Greeks, and it was fun. From the slopes to the club to more slopes, to the backgammon game, to the nightclub, to the bedroom, I don’t regret it. Europe was less hard-edged than America, liaisons less dramatic, people more relaxed. I found something contrived with the slogans about America and those who slung them around. For once I was right, too. Their moral certitude was bound to lead to a culture of unforgiving cancellation. A degenerate organ like The New York Times now leads the agenda, good reason to stay away. Back in 1960, talking with a Times reporter covering Henry Cabot Lodge, who was running for vice president on the Republican ticket, I realized the hate the man held for Cabot Lodge and the reason: Lodge was a patrician, and very handsome to boot.