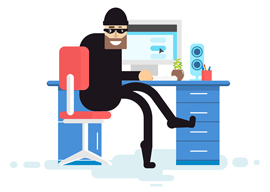 It’s very sad to watch the Democrats these days. I mean, this is a party that has, in the past, shown itself to be exceptionally skilled at getting people fired up over going to war. Justifiably or not, Dem presidents took us to war in World War I, World War II, Korea, and Vietnam, not to mention smaller-scale “actions” in places like the Balkans. Regarding the latter, the Dems (and their partners in the press) were able to take a deceitfully shot and edited image of a skinny guy and use it to give millions of Americans a sudden massive boner for bombing a country they”d never heard of. To be sure, Republicans have done that kind of thing too. But the Dems have always been so damn good at it.

So it’s heartbreaking to watch the party fumble so clumsily and struggle so badly to get Americans whipped into a frenzy about Russian hackers “stealing” the election. A recent NBC News/Wall Street Journal poll showed that only 37 percent of Americans believe the hacking had any influence on the outcome of the election. Hell, even some on the left are not on board, as evidenced by this surprisingly cogent Huffington Post piece in which the author lays the blame for Hillary’s loss at the clay feet of Hillary herself (what a novel idea!). Clinton may be trying to draw attention away from her own inherent crappiness as a candidate, but a hell of a lot of people in her own party (read: Sanders supporters) are not willing to go along for the ride.

Still, “respectable” journalists love Democrats only slightly more than they love a good witch hunt, so the Russian hacking story is tailor-made for the MSM. One little trick I”ve noticed in the headlines and introductory sentences (the ones that show up in thumbnails on Facebook) attached to many of these stories is that some journos appear to be purposely muddying the waters regarding exactly what the “hack” actually was. We are told again and again that “Russia hacked the election” (this is also often presented to us in question form”a favorite technique of “upright” journos that allows them to state a dubious premise without sounding like they”re advocating it: “Did Russia hack the election?”). “Hacking the election” calls to mind an actual hacking of an election, as in, corrupted or hacked voting machines, a wildly popular conspiracy theory among Dems right now. Of course, no, that’s not what’s being debated here. The “hack” involved stolen DNC/Clinton/Podesta emails, not rigged or manipulated voting machines.

“Even if the Russians did do it, the result was not a hacked election but a better-informed electorate.”

In all the hubbub surrounding the hacking affair, this is the one point that really needs to be made clear: The hacking involved nothing more than the American public being allowed to see what Hillary and her people were talking about in secret. One can say that the hacking cost Clinton the election, but a far more accurate phrasing would be that Clinton and her team’s own words cost Clinton the election. Eight years ago, Obama promised “the most transparent administration in history.” Leave it to Hillary Clinton to inadvertently deliver on one of Obama’s many unfulfilled pledges.

Hillary was done in by transparency. And you know what? Many professional pundits believe Romney was too. Remember that time when poor Mitt was secretly (and illegally) recorded by a bartender (who may or may not have been working in conjunction with Dem operatives) at a private fund-raiser in a private home? That was the episode that gave us the infamous “47 percent” comment, which some seasoned observers believe cost Romney the election. And remember how Democrats and their minions in the press were like, “By God, this is terrible! The leaking of private talks or correspondences must never be allowed to influence the course of a presidential campaign”? Remember that? No? Funny, neither do I. In fact, the “operation” was hailed as a great triumph of transparency and information accessibility. The Mother Jones hack who received the illegal recording won a friggin” journalism award as a result!

Sorry, Dems, but fair is fair. Yes, one can argue that the Romney “surreptitious taper” was at least an American, albeit a half-wit booze-slinger with delusions of grandeur. But if the Romney tape had come from a foreigner, I seriously doubt the press would have sat on it, or that the Dems wouldn”t have pushed the story.

Apart from the hacked emails, the other aspect of the claim that Russia influenced the election has to do with Russia being behind the social-media “false news” torrent that Dems are also blaming for Hillary’s defeat. This is downright stupid. The MSM has, as of now, tracked down three of the key players who purposely spread phony and intentionally outrageous anti-Hillary stories, and each one of them has admitted that they spread the false stories in an attempt to hurt Trump by making him and his supporters look foolish (see here, here, and here). Let that sink in. Anti-Trumpers were behind the false news flood, not pro-Trumpers. It was a pro-Hillary gambit that failed, not a coordinated attack by a foreign government. It’s like a reverse Wonder Woman, in which bullets fired at an evil Nazi foe ricochet off his magic bracelets and put the heroine six feet under. That’s a pretty neat twist in an election already filled with enough surprise endings to give O. Henry a stroke.

Along with the over-the-top fakes spread by trolls in an attempt to embarrass Trump and his supporters, let’s not forget the fake stories carried by “respectable” liberal sites”stories that were released with the specific purpose of influencing swing voters, independents, and Dems who were wary of Clinton as a person and a candidate. Let’s have a gander at one example of that type of fake.

The Daily Banter is a popular left-wing site, and managing editor/columnist Bob Cesca is a popular left-winger”a featured contributor for the Huffington Post and Salon, and a regular weekly guest on The Stephanie Miller Show and Tell Me Everything with John Fugelsang. Solid guy, right? Well, on Oct. 28, Cesca wrote an out-and-out fake story, a straight-up phony meant to soften the blow of James Comey’s infamous letter to Congress regarding the discovery of new emails that appeared to be pertinent to the Clinton personal-server case. Cesca claimed that the entire news media had been duped by a fake story. He accused pretty much everyone in the world of being too dull-witted to read Comey’s letter properly. Cesca quoted the letter:

In previous congressional testimony, I referred to the fact that the Federal Bureau of Investigation (FBI) had completed its investigation of former Secretary Clinton’s personal email server. Due to recent developments, I am writing to supplement my previous testimony.

In connection with an unrelated case, the FBI has learned of the existence of emails that appear to be pertinent to the investigation.

Eager to explain how easily duped the rest of us are, Cesca wrote:

Even if reporters had simply skimmed the letter, they would”ve understood that the additional emails are “pertinent to” an “unrelated case” and that investigators would be apparently reviewing the emails in the context of this other case.