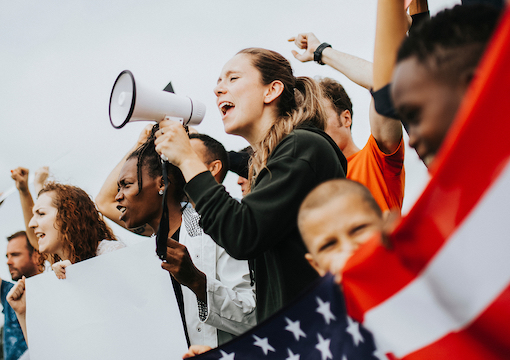 The National Association of Scholars has published an important new report called “Social Justice Education in America.” It’s “a comprehensive examination of the inner workings of social justice advocates at more than 60 universities and how they have insinuated themselves into the university system to propagandize students.” “Administrators have transformed universities into training camps for progressive activism,” the report states. What’s more,

Most job postings for professors today demand conformity to the doctrine of social justice. Entire campus bureaucracies are built on social justice, contributing to the skyrocketing cost of tuition. Soon universities will be staffed entirely by people who teach activism and call it education.

The report gives a number of steps to take to reform academia, and it’s to be hoped that they’ll be implemented as soon as possible. For the influence of social justice warriors is not limited to our corrupt colleges and universities. Indeed, Antifa, that dangerous group, derives from them. Students of so-called social justice go on to become teachers and principals, journalists and editors, lawyers, judges, and politicians, and to take positions in high technology. If they could, they’d turn the U.S. into an intersectional nightmare, all in the name of “progress.”

The most galling thing about academia is that it allows countless hacks and charlatans to live cushy lives on the public dime while producing work that is not only of no intellectual value, but contrary to the national interest. Such work often pretends to serve some moral purpose. Thus, Chanda Prescod-Weinstein, in her latest involuntarily comic article, “Making Black Women Scientists under White Empiricism: The Racialization of Epistemology in Physics,” writes:

[W]hite empiricism undermines a significant theory of twentieth-century physics: General Relativity (Johnson 1983). Albert Einstein’s monumental contribution to our empirical understanding of gravity is rooted in the principle of covariance, which is the simple idea that there is no single objective frame of reference that is more objective than any other (Sachs 1993). All frames of reference, all observers, are equally competent and capable of observing the universal laws that underlie the workings of our physical universe. Yet the number of women in physics remains low, especially those of African descent (Ong 2005; Hodari et al. 2011; Ong, Smith, and Ko 2018). The gender imbalance between Black women and Black men is less severe than in many professions, but the disparity remains (National Science Foundation 2018). Given that Black women must, according to Einstein’s principle of covariance, have an equal claim to objectivity regardless of their simultaneously experiencing intersecting axes of oppression, we can dispense with any suggestion that the low number of Black women in science indicates any lack of validity on their part as observers.

What on earth is “white empiricism,” you ask? Sheer nonsense, of course. Since the vast majority of people who do work in physics are white, Prescod-Weinstein assumes this has some epistemic significance in the field, such that the empiricism itself is a white thing. She takes it for granted that black women are “excluded” from physics, but, as it happens, both Asians and Jews are overrepresented in physics (as they are in the rest of the hard sciences and in mathematics), and Prescod-Weinstein doesn’t bother to explain how that could happen if physics is a discriminatory endeavor.

“The principle of covariance,” it goes without saying, has nothing to do with the silly claim that “All frames of reference, all observers, are equally competent and capable of observing the universal laws that underlie the workings of our physical universe.” Nor does it entail that black women, or any other racial group, “have an equal claim to objectivity.”

“Who is allowed to be an observer in physics, and who is fundamentally denied the possibility?” asks Prescod-Weinstein in her preternatural stupidity. This, when lefty academe is going out of its way to hire palpably incompetent people simply because their identity checks a certain “victim” box or boxes. (Black, Jewish, and gay, Prescod-Weinstein herself is an example.)

“So degenerate is our time that these persons are held up as exemplars of moral awareness and sophistication.”

Black women are highly underrepresented in physics, relative to their proportion of the total U.S. population, but when it comes to the issue of underrepresented groups, instead of assuming, what is not self-evident, that such underrepresentation is necessarily an effect of discrimination, we should consider racial differences in intelligence, as well as the skills and behavior gaps between blacks and Hispanics on the one hand, and whites, Asians, and Jews on the other.

To be sure, these are sensitive issues, but they’re no less empirical than physics itself, and instead of constantly whining about “their oppression,” blacks, Hispanics, women, and others who see themselves as victims need to try to perform better. Playing sports throughout my life, I’ve encountered many men who, rather than concede defeat, make excuses. It is so with the “victim groups” of academia. And yet, so degenerate is our time that these persons are held up as exemplars of moral awareness and sophistication. (What they deserve is the whip. A pity that the president is not the tyrant of their hysterical imaginings.)

Prescod-Weinstein has appointments in the Department of Physics and Astronomy and in the Department of Women’s and Gender Studies at the University of New Hampshire, Durham. She teaches in the Program in Science, Technology, and Society at MIT. “In 2016,” according to Wikipedia,

she became the Principal Investigator on a $100,522 FQXI grant to study “Epistemological Schemata of Astro | Physics: A Reconstruction of Observers” seeking to answer questions regarding how to re-frame who is an “observer,” to acknowledge those existing outside of the European Enlightenment framework, and how that might change knowledge production in science.

Do people who can do real scholarship, or who have taste, do this stuff? Never.

The Wikipedia entry also contains the hilarious sentence: “Prescod-Weinstein is a very active Twitter activist.” How heroic! Prescod-Weinstein is “agender.” (Don’t ask—you don’t want to know.) But though I’ve referred to the woman’s stupidity, it’s quite possible that what she really is is a charlatan, writings things she doesn’t believe in order to advance her career. After all, Prescod-Weinstein is

an active member of the Society for the Advancement of Hispanics/Chicanos and Native Americans in the Sciences at the University of New Hampshire. She is also part of the committee for Sexual Orientation and Gender Minorities in Astronomy at UNH.

What does any of this have to do with scholarship? Absolutely nothing. Still, such “activism” does a lot for an academic’s career. Nor is intellectual integrity or shame much of an obstacle in a realm where fakeness and stilted cant are the norm.

We have, God knows, plenty of hacks and charlatans on the right. Representative here is Shay Khatiri, author of the article “YAF [Young America Foundation] Fired Michelle Malkin. What About the Others?,” published on Dec. 3 at Arc Digital. A young graduate student of Strategic Studies at Johns Hopkins University, School of Advanced International Studies, Khatiri is evidently too badly educated to realize that his notion of conservatism is yesterday’s leftism. In this respect he is like the editor of Arc Digital, the smug ignoramus Berny Belvedere. Having assumed YAF was right to fire Michelle Malkin, Khatari provides a long list of more “bad people” whom “respectable conservatives” should denounce, or anyway, not associate with. The article offers very little in the way of substantive support. Khatari simply lists—and frequently misrepresents—people’s positions on certain subjects, and describes their behaviors and activities, including rather trivial things such as hashtags they’ve retweeted. In his dull self-righteousness, Khatari seems to think that this extremely lazy method suffices to make his case. It doesn’t even come close. Time and time again, Khatari simply begs the question. But for all that, this little jerk yet wants to deplatform others and harm their ability to get a living. The best thing for Khatari, I submit, would be a punch in the mouth, and I’d be happy to oblige. (Indeed, it’s a problem that so few intellectuals have been punched in the mouth.)

Most of the pieces at Arc Digital that are not written by Ben Sixsmith or Oliver Traldi are awful. The webzine—which seems to exist thanks to the neocon crumbs not gobbled up by National Review, First Things, Modern Age, and the phony like—is so bad that it ought to pay people to read it. For instance, in “Cruelty as a Disease Vector,” Daniel Summers waxes moralistic because the Trump administration is not providing free flu shots to the illegal immigrants in U.S. holding centers. This Summers considers to be cruel, a judgment I find wildly excessive. It’s not obvious, at any rate, that even U.S. citizens are entitled to free flu shots, and in the case of illegal immigrants, Summers’ premise—that illegal immigrants are entitled to flu shots—is even more questionable. If a man were to break into your home, would you assume he’s entitled to a cup of coffee or God-knows-what? Summers calls himself a “mouthy pediatrician” and a “strident homosexual.” That’s supposed to be funny, or cool, I suppose. Being a pediatrician, Summers may wish to use his medical contacts to get a brain transplant. Or else, recalling the first rule of the Hippocratic oath (do no harm), he might do the world the mercy of not publishing his half-assed two cents.

Other Arc Digital hacks include Cathy Young—who is ever on the hunt for “racism” and especially, since she’s Jewish, “anti-Semitism”—and Joshua Tait, a young academic who seems ambitious to distinguish himself as a politically correct historian for Conservatism, Inc. Tait writes lots of pieces in which he takes to task Russell Kirk and other past conservatives for not having the right views on race. Tait’s characteristic intellectual incompetence is on display in “American Immigrant,” an article on Amy Wax’s case for cultural distance nationalism. In keeping with his usual shallowness and laziness, Tait doesn’t address Wax’s argument on the merits. Rather, he likens it to past U.S. policies that restricted the numbers of immigrants of certain races and ethnicities. The trouble with this approach is that Tait’s argument by analogy hardly shows that Wax’s argument “effectively mainstreams the views of racists like John Derbyshire and Jared Taylor.” Nor do his historical details comprehend the complexity of her position. Like other politically correct conservatives, Tait is an advocate for creedal nationalism, but insofar as he doesn’t substantively engage Wax, he fails to show (and indeed, couldn’t possibly show) that his position is superior to hers.

Like much of what Arc Digital publishes, Tait’s is so much question-begging against the object of his critique, and the fact that he thinks he’s making some moral point only shows what a conceited dullard he is. Before he completes his Ph.D. at the University of North Carolina, Tait would do well to understand that the world is full of people who don’t share his premises, and that, if he wants to be taken seriously outside of lefty academia and Conservatism, Inc., he needs to justify his disagreements and criticisms. It’s particularly important to do that in regard to a formidable mind like Amy Wax, compared to whom the middling Tait is quite out of his depth.

Like Quillette, Arc Digital pretends to fill a certain crucial need: providing diverse perspectives in an increasingly partisan media climate. Although it publishes a lot of progressive pablum, the webzine purports to be “omnidirectional.” But again, Belvedere and the rest seem not to understand that what they take to be conservative is fundamentally liberal or progressive to anyone who knows the history of conservative thought (the cognitively deficient Tait excepted). So much, then, for their diverse perspectives.

Alas for all the hacks and charlatans of our time, some of us see right through you!