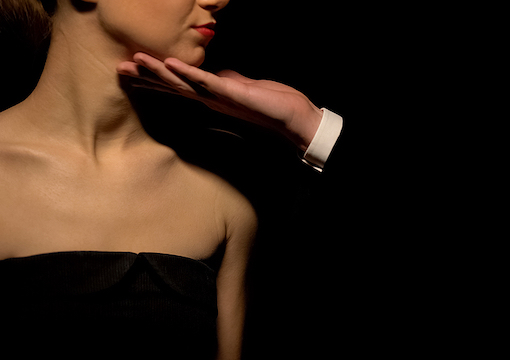 I write this as a follow-up to last week’s essay on muzzling after making whoopee. I’m on my way to an island so difficult to get to, it has kept the great unwashed away, and from now on it is the only island I will grace with my presence—until the next time, that is.

It was Kipling who quipped about journalists having “power without responsibility.” He then added “the prerogative of the harlot throughout the ages,” which was repeated by Stanley Baldwin, not Stanley Johnson. Comparing hacks to harlots is, of course, unfair to the girls, some of whom have risen to the highest offices in the past due to their discretion, whereas the only journalist I know who made it to the top is Boris Johnson. Hookers are more to be trusted than hacks, insisted my late father, who also claimed that whores enjoyed a seismographic alertness to future winners, far exceeding that of the hacks.

So let’s begin with the definition of the word prostitute, which is a man or a woman who indulges in sexual intercourse for money. More to the point, it is a person who debases his or her talent for money, including writers, painters, and of course journalists. Needless to say, newspapers and TV networks can also be classified as whores, starting with the BBC, NBC, and the biggest whore of all, CNN.

“Harlots have been mistrusted and maligned as far back as the Bible.”

I remember when people back in 1963 wondered how John Profumo, a cabinet minister, could betray his beautiful film-star wife, Valerie Hobson, for part-time hooker Christine Keeler. How little they knew. The lovelier the wife the more fun it is to cheat. Tom Wolfe called it “nostalgie de la boue.” Yet it is an unjust world, because although Profumo was justly rehabilitated, Christine ended up an outcast and broke. Harlots have been mistrusted and maligned as far back as the Bible. Samson was the Netanyahu of his day, pummeling the Philistines in Palestine, but met his match with Delilah, who was most certainly a hooker. Samson was suppressing the Palestinians, and Delilah got her revenge, as well as the bum rap of history. She was, unlike a lot of whores in France during WWII, resistance personified. Journalist Martin Bashir lied about, invented, and presented phony checks and bank statements in order to convince Diana that the Palace and her ex-hubby were plotting against her. The BBC rewarded him by making him its religious correspondent. Claude Grudet went from the street to becoming France’s greatest madam, but ended up dead broke and in prison because she refused to betray her clients, including President Giscard, not to mention cabinet ministers, industrialists, shipowners, aristocrats, and yours truly. See what I mean? Journalists swallowed the Weapons of Mass Destruction whopper because it suited them, being too lazy or intimidated to challenge Bush and Blair. One million Iraqi dead later and B&B remain the Fourth Estate’s darlings.

The ancient Greeks were so obsessed with courtesans that one of them, Aspasia, got hitched to the greatest of them all, Pericles, and ended up running the country. “She told Pericles what to do and he did it,” wrote Plutarch in his Life of Pericles. Mind you, a courtesan and a harlot are not one and the same. (Courtesans are like editors, and harlots are the reporters.) Pericles regarded Aspasia as a philosopher and politician. Socrates, in fact, came to see her with his disciples, although she ran a disreputable business because she trained young “hetaerae.” According to some Greek historians, Lysicles the sheep-seller, a man of humble birth, became the most important man in Athens because he lived with Aspasia after Pericles’ death.

The mind boggles at man’s folly when reading history: Pericles listened to his nephew Alcibiades and invaded Sicily rather than Sparta, and lost the Peloponnesian War, just as the half-wit Bush listened to Wolfowitz and invaded Iraq rather than fight al-Qaeda. I wonder who the harlots are in the mess that’s been the Middle East since. Daniel Defoe inverted Kipling’s quip before it was made in his novel Moll Flanders. He juxtaposed the phenomenon of the South Sea Bubble with the fortunes of his heroine Moll. The men of power bankrupted the country and took no responsibility, while the press failed to reveal the details of the scheme, whereas the honest trollop Moll Flanders gave real pleasure for money that she made the old-fashioned way—she earned it.

Art critic Robert Hughes wrote in his opus The Fatal Shore how one in five women transported to the antipodes between 1788 and 1852 were “on the town,” a euphemism for you-know-what. No wonder Australians and Kiwis are, along with South Africans, my favorite people. The French, of course, excelled in the sexual liberation of women while the Americans were still burning so-called witches. From Madame de Pompadour to Madame du Barry, both of whom serviced Louis XV, to the Belle Epoque to Madame Claude, the Parisian grandes horizontales took pride in their vocation and responsibility for their power. That’s more than I can say for the pompous, self-important, and sycophantic journalists waging unrelenting war against the white race who work for Bezos’ Washington Post and Sulzberger’s New York Times. Poor old Kipling, he got many things right but blew this one. Power without responsibility pertains to journalism in all its forms.