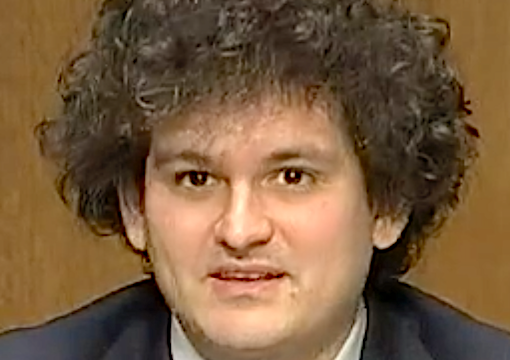 Thank God I don’t understand cryptocurrency, otherwise I should have lost all my money ages ago, and probably my house into the bargain. I do know one or two people who made a lot of money from Bitcoin in the early days, but as to whether they managed to hang on to it, I do not know. To have lost a lot of money on investments is not only painful but humiliating, a testimony to one’s naivete or worse, and people are as reluctant to own up to it as to a criminal record.

They say that you should never invest in anything you don’t understand, but in my case that would preclude me from investing in anything. Nevertheless, I have had to invest, for I have never trusted fiat currency to hold its value, even at comparatively high rates of interest. Only once in my life did I make a good financial decision, and that was quite by accident.

I needed what for me was a large amount of cash and therefore liquidated some of my shares. I discovered that I didn’t after all need the cash, but in the meantime the value of the shares had fallen by a quarter. I was then able to buy a much larger number of shares with the cash I didn’t need anymore; and anyone who observed this operation of mine would have concluded I was a financial genius and have been prepared to follow me as a guru.

“No one in his right mind would entrust his savings to hair such as mine.”

The trouble was, however, that I didn’t have the right hair to be a guru. You have only to look at photos of Sam Bankman-Fried to see what I mean. Bankman-Fried, it seems, has lost billions—or is it trillions?—both for himself and his clients on his various schemes. Obviously, he has genius hair, whereas mine, I am afraid, has both gone white and severely thinned, such that I am not able to think brilliant or even mildly original thoughts. No one in his right mind would entrust his savings to hair such as mine.

One of the things that appalls me about young billionaires (and erstwhile young billionaires) such as Bankman-Fried is their absence of taste. What is the point of being so rich if you look and dress as he looks and dresses? No doubt the look of false indigence that billionaires adopt is intended to deflect from their vast wealth, all of them being left-wing in everything but their finances, but it undermines as well as flatters public taste and detracts from civilized life.

So be it. But let us return to the question of hair and its relation not only to genius but to goodness. Nineteenth-century gurus—Tolstoy, Ruskin, William Morris, Bernard Shaw, and no doubt others—had long, straggly beards of an appearance of the nests of the less aesthetically fastidious species of birds. It was their beards that stood guarantor of these men’s wisdom; no one with a beard such as theirs could be any less than profound.

It is easy to make the logical mistake of supposing that if wise men have straggly beards, then men with straggly beards must be wise. I confess that I have sometimes nearly fallen for this false logic myself. When, for example, I see an elderly homeless person on the street with such a beard, his belongings in a couple of bags and his attire that makes sackcloth and ashes seem like the height of dandyism, my first thought is that he is a Diogenes figure, a philosopher who has seen through the vanity of the ordinary social life such as I lead; he has penetrated to the essence, the real end and purpose, of our earthly existence. He is so profound a mess because he has gone beyond the need of mere appearance to a much deeper reality. He is the modern equivalent of a Fool for Christ’s sake.

I am always rather disappointed to discover that, far from being a sage, he is a schizophrenic who has spent his life responding to hallucinatory voices and believing the wildest of absurdities. By these I do not mean, of course, absurdities of the kind that brought down Bankman-Fried, which seem to have been (as far as I can understand) promissory notes based upon nothing. No, the bearded sage of the streets believes in plots directed against himself by the highest powers of the world or the universe. He sleeps in a doorway or under a hedge for the sake of safety; he would not long stay in house for fear that his enemies would find it and destroy him. His beard is that of madness, not of wisdom.

Now, of course it is true that some geniuses have had wild hair—Beethoven, for example, or Einstein—but the majority have not. Power grows out of the barrel of a gun, said Mao Tse-tung (or however we are supposed to spell his name these days, my automatic spell-check on my computer not allowing me the spelling I grew up with); but cleverness does not grow out of disordered hair. A brush and comb are not completely incompatible with thought.

Apparently, Bankman-Fried wanted to be a philanthropist on a large, not to say grandiose, scale; he wanted to give large sums of his money to what he considered good causes, such as the very Democratic Party in the United States that, indirectly, has been responsible for the deaths of so many young black men in the United States. But not only did the money that he wanted to give away turn out to be nonexistent, it would not have been his to give if it had existed. His was not the idealism, but the grandiosity, the self-importance, of youth.

Curiously enough, however, when a swindle is carried out on a sufficiently large scale, it invites a sneaking admiration. It is the petty swindler whom we despise; the swindler who thinks big enough to bring whole institutions crashing down and smear egg on the faces of those who should have known better gives us a certain pleasure, provided we are not ourselves one of his victims. But Bankman-Fried’s sanctimony precludes even this sneaking admiration.

Of the $32 billion business, FTX, it might be said, hair today, gone tomorrow.