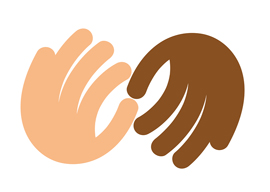 Have you heard about “handiblackin’”? It’s the newest craze. I normally wouldn’t lead off my column by citing a lengthy chunk of someone else’s work, but if you don’t know about handiblackin’, please learn about it from this Associated Press article:

If you’ve noticed a flood of stories in the press recently about a new fad among black people called “handiblackin’,” you’re not alone. It’s a craze that many see as exemplifying everything that’s wrong with the black community. Handiblackin’ is when able-bodied black women feel entitled to use parking spaces reserved for the handicapped. Handiblackin’ made international news last month when a lazy black woman decided to park in a disabled space, leading to the death of her boyfriend and the arrest of a white man who was only trying to defend himself.

To Brian Mundesson, a white man who was paralyzed from the waist down during a stampede at a Dave Matthews Band concert in 2012, handiblackin’ is a very serious issue. “The disabled community lives in abject fear of black women taking our spaces and attacking us when we complain. Last week, I had to explain to my 6-year-old son why a simple trip to the grocery store might lead to my death. No parent should ever have to have that kind of talk with their child.”

Okay, obviously that’s not an actual AP piece. What it is is a reverse-negative replica of the hundreds of “there’s a plague of white women calling the cops on black people for doin’ nuthin’” news articles that have popped up in recent months in the mainstream press. And the funny thing is, if you were to show that phony AP story to any MSM reporter, that person would be able to instantaneously identify what makes it an example of bad journalism, even though every flaw in the piece is a mirror image of what those same reporters cram into their “cop-calling white women” fearmongering screeds.

The “AP” piece features an invented term that nobody outside the media is actually using (“handiblackin’”). The MSM pieces have something similar: “living while black.” The MSM uses the term “Becky” as a slur against white women, while I chose “Paquetta Parker” for the handiblackers (a play on words that would be really funny if anyone actually remembered 1980s social-justice mama Paquetta Palmer). The “AP” piece tars the character of an entire group based on nothing more than a few individual, isolated incidents, and it features an interview with a “victim” who spews bullshit about being “scared all the time” while offering a sentimental anecdote about “how do I explain to my child blah blah blah…”

“Shorn of context and statistics, you can’t use a few dozen incidents to prove a trend.”

And most of all, the “AP” piece offers no actual proof that the supposed fad is really a fad. Every one of the video clips I linked to is real. Yes, you can find dozens of online videos of black people parking in disabled spots. But shorn of context and statistics, you can’t use a few dozen incidents to prove a trend. What’s the total racial breakdown per month of drivers who are cited for parking in disabled spaces? How many videos exist of white drivers doing the same? If videos of blacks parking in disabled spots are more prevalent online, is it because blacks do it more, or is it because the racial conflict aspect of those videos attracts more views and shares compared with “duller” intraracial confrontations?

These are the questions most journalists would ask after reading my “handiblackin’” story. But those same journos don’t ask those questions when they’re spreading the claim that there’s a plague of cop-calling “Beckys.”

I was thinking about this last week, after the revelation that Iowa jogger Mollie Tibbetts was brutally murdered by a brown “dreamer” named Rivera. Based on what we know at the moment, and this is apparently taken from the suspect’s own testimony, Rivera was following Tibbetts, first in his car, then on foot. She confronted him, threatening to call the police if he didn’t leave her alone. What stood out to me about the story is the fact that she hadn’t called the cops once she saw that she was being followed.

Knowing, as we now do, that she leaned politically left and was one of those virtue-signaling “self-hating” whites, and assuming that she was a reader of leftist news media, and that in recent months she’d come across several of those “Beckys call the cops on people of color for no reason” articles, I’m curious if her decision to not call the cops when she had the chance was influenced by a fear of being publicly ridiculed as one of those racist Beckys. Think about it. If she’d called the cops before any actual crime had been committed, how would the media have portrayed the incident? Rivera worked as a laborer nearby. His sister had gone to school with Tibbetts. What would Rivera have told the cops? “Señor, I wuz just driveeng to work, an’ I see my seester’s friend, an’ I go to see if she want a ride. But she scream at me an’ call the poleece.”

“Hardworking immigrant father doing labor Americans won’t stops to help spoiled white woman; she calls the cops on him.” That’s how every mainstream news organization would have framed it, and Tibbetts would have been crucified. And while it can never be proved that Tibbetts was afraid of becoming the next viral “cop-calling Becky” sensation, I hope the pseudo-journalists who are behind the Becky fearmongering are plagued by nightmares for the rest of their lives over the possibility that their work influenced Tibbetts’ caution about dialing 911 (I kid; you need a conscience to be plagued by nightmares).

I started off this piece with a riff about statistics, and how the hacks who birthed the “cop-calling Becky” hysteria never present actual numbers to support the notion that this is a growing trend rather than (as in my handiblackin’ example) a manufactured crisis. So let’s talk about stats. An alt-righter might suggest that, looking at things from a statistical perspective, Beckys have a greater chance of being sexually assaulted by POCs than POCs have of being unjustly cop-called by Beckys. I mean, interracial crime figures and all, right? We’ve all seen the memes: 19,293 black-on-white rapes, zero white-on-black.

Except, no. That meme was inspired by a moron who didn’t know how to read a table. Lawrence Auster, writing for FrontPage Mag, mistook the number of white-on-black rapes reported in a very small sample group in a survey for the number of actual incidents nationwide. When called out on his error, Auster’s defense was that he didn’t inaccurately report the stats, he just misread them (as a Jew who converted to Christianity and called himself white, Auster pulled off the admirable feat of being an embarrassment to two groups at once).

As my old friend Jared Taylor told me in preparation for this piece, “I’m afraid to say there *are* no reliable stats on interracial rape. Or if there are, they are carefully hidden. Some US cities collect good racial stats on offender rates, but I have never seen even a city that matches race of rapist with race of rape victim. If you find even a small sample, let me know!”

Taylor, as usual, is absolutely right. These days, the Department of Justice refuses to release broken-down interracial sexual-assault stats. In the most recent crime-stat report (released in October 2017), “Race and Hispanic Origin of Victims and Offenders, 2012–15,” sexual assault is lumped in with other violent crimes, and the race of the offender is not provided in interracial rape cases.

I wrote to Tannyr Watkins, public affairs specialist at the DOJ, and I asked her a very simple question: “Is there an authoritative source where I can see interracial rape statistics isolated and broken down by white-on-black compared to black-on-white, and Hispanic-on-non-Hispanic compared to non-Hispanic-on-Hispanic?” She responded by sending me the same report I linked to above (the one that lacks the very info I was asking her to provide).

“Please let me know if you need anything else,” she added.

Well, uh, yeah. I asked again: “Are there any current statistics in which the interracial rape/sexual assault stats are broken down by how many white-on-black, how many black-on-white, how many non-Hispanic-on-Hispanic, and how many Hispanic-on-non-Hispanic?”

A week went by with no response, so I asked yet again. She replied: “Sorry, I have been out of the office. I’m sure we can get you an answer today.” A few hours later I got this: “The most recent statistics that BJS (Bureau of Justice Statistics) has to share on the topic are in the ‘Race and Hispanic Origin of Victims and Offenders’ report that we sent you previously.”

In other words, no. We do not keep the statistics you’re seeking.

So here’s the common thread: Journalists push a manufactured crisis (“Beckys are calling the cops on people of color in record numbers!”) without bothering to determine if there are stats to back up the claim. Meanwhile, rightists push a phony meme (“There are no white-on-black rapes”) based on the faulty work of a particularly dense Ehrenarier. And on top of everything, the DOJ flatly refuses to release statistics that could shed light on the interracial rape issue.

So basically, Beckys are publicly maligned in the press for instigating racial terror against people of color, while our government prevents anyone from knowing whether people of color are, to an equal or greater extent, terrorizing Beckys.

I have a hunch about the answer to both questions, and I have a good deal of confidence that the facts would prove my hunch correct. But let’s be honest, journalists have no motivation or desire to temper their anti-Becky public shame-fests with context or statistics, Republicans are not going to pressure the DOJ to release interracial rape figures (“We can’t risk losing the black votes we never get”), and rightists are never going to care about backing up their memes with facts.

So at the end of the day, who gives a shit about the numbers?

Handiblackin’. I shoulda sold that story to Breitbart and made myself a couple of bucks.