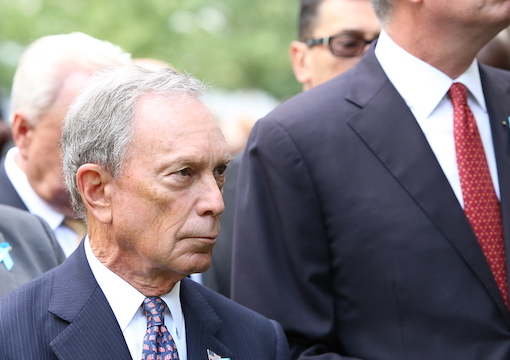 I was not aware that there is a Spectator/Takimag fan club that meets in French-speaking Switzerland, and having contacted me we have agreed to meet this week up here in Gstaad. A very nice English voice over the telephone informed me of the existence of the group, asked if I was interested in speaking to them, and told me how long the two best weeklies in the world have been read by them. My response was a resounding yes, and then I asked Michael Watts, the gentleman who rang me, if he was aware of my speaking fee. He was not. “Fifty thousand Swiss francs for thirty minutes,” I told him while waiting to hear the thud. But he agreed without a counteroffer and asked if I needed a down payment. (Actually a lunch is what we settled on, but don’t let my nonexistent agent hear about it.) The group is arriving by bus, we’re meeting for a grand lunch at Le Grand Chalet, and I have copied a speech given long ago by one Benito M. that I’m learning by heart. Everything should be hunky-dory, especially if I don’t drink too much beforehand. Actually I plan to tell them about the goings-on at The Spectator. As the lunch is on the same day that we go to press, I might as well spill part of the beans: I have been sexually harassed and abused by ladies who work at Old Queen Street and have done nothing about it because I have been too ashamed to come clean. The most blatant abusers have been three ladies whose Christian names are Mary, Lara, and Isabel. My lawyers, Epstein, Epstein & Goldfarb, are advising me not to go into details while they ascertain the wealth of the abusers before filing for damages. So, I shall take their advice and say nothing more than that the abuse has gone on for a very long time, and that without the help of Drs. Wolfshlegger and Klinghoffer of Zurich I might have taken my own life.

“The media and his accusers have painted Harvey as a monster, and monsters do not get off.”

If only! Joking aside, I was pleasantly surprised during a large dinner party up here in the Alps to hear more than one woman say they hoped Harvey Weinstein is declared innocent. The reason for this is a reaction to the creeping orthodoxies of PC. Like the photograph of a mother sitting with her baby’s pram in the park, and the virtue signalers up in arms over it, calling it demeaning to women. Not all women are shrill men-haters, and not all women write dumb lies for the paper that can fit only fake news, hence the reaction at those giving evidence against Harvey. “I don’t think I’d go out to dinner with someone who had raped me,” was the way a lady sitting next to me put it. Other ladies taking part in the discussion doubted the veracity of those who would go up to the bedroom of someone like Harvey. I was pleasantly surprised to hear it, but when asked if I thought Weinstein would get off, I said he would not. The media and his accusers have painted him as a monster, and monsters do not get off. We shall know this week, but I think the publicity surrounding those twenty-year-old charges by women claiming he raped them would have intimidated far braver men and women than those sitting in judgment of Harvey Weinstein.

I said what I have to say about Weinstein in a Spectator USA article this month, and the women in the Taki household have not been best pleased about it. And as the jury went out deciding Harvey’s fate this week, the Big Bagel Times ran a beauty on “The specific horror of unwanted oral sex.” A perfectly timed piece and unashamedly run in a large headline. (What do you expect from a paper that also ran a long piece by one Rosie Spinks saying it’s safe to travel and the coronavirus travel ban is unjust and racist against Chinese people?)

Money, in my opinion, could have changed things around where those ladies claiming Weinstein raped them are concerned. It has a way of softening unacceptable behavior and making alleged victims feel better about themselves when given freely and generously. That’s something that Bloomberg, who has more than 60 billion big ones, knows how to do in order to win the presidency he seeks. It has never been spent before, one billion smackers to buy the White House for four years. As everyone knows, Americans do not read magazines or newspapers—or, God forbid, books—but look at screens all day. Bloomberg has inundated TV, YouTube, and Facebook with nonstop ads. He has hired thousands to tweet nonstop pro-Bloomberg slogans, and has removed the human element from campaigning altogether. His hundreds of millions are blanketing the airwaves, and he spends one million smackers per day on Facebook.

Trump spent 50 million of his own fortune in 2016, but the cynical Bloomberg laughs at the puny Trump wealth. He calls The Donald a non-billionaire. I think that mini-Mike will go all the way, however disheartening that is. Back in the good old days one could not win with moola alone. Now, because of the internet, shameless social climbers like Bloomberg can go all the way on money alone. I think it was historian Andrew Roberts who first suggested to Bloomie he run for president. Mini-Mike replied that short Jewish billionaires don’t have a chance. Andrew was right. I see the short Jewish one living in the big house soon.