Hats Off to Mr. Tea-Tard 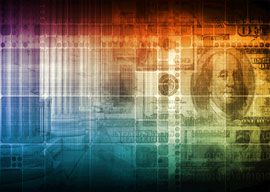 The US government is back open for business.

It never actually shut down to begin with, but, hey, what are details? The alarmist media was getting too many clicks by feigning outrage over furloughed tax cows. After Republicans capitulated to the demands of President Obama and Harry Reid, the mob of bureaucrats began flooding like rats back into the nation’s capital. The midnight deal hatched by Senate GOP leader and turtle enthusiast Mitch McConnell coincidentally included $3 billion in funding for the Army Corps of Engineers to fix up a dam in his home state of Kentucky. An investigation in the St. Louis Post-Dispatch found that the project was to be completed years ago but has since ballooned to well over its original budget of $775 million. And these are the inept, tax-fat oafs that so desperately need to get back to work?

In the course of political affairs, one should always remember that someone’s palm is being greased. The question is whose, and the answer is never the guy paying.

“In the course of political affairs, one should always remember that someone’s palm is being greased. The question is whose, and the answer is never the guy paying.”

For all the media hype, the government (non)shutdown contained one worthwhile lesson in the art of progressivism. While the left does a convincing job of exuding dismay over its self-styled victims, this compassion gets intermixed with sad attempts at being recalcitrant. Basically, they have a tendency to cry about the very insults they throw out.

One moment in particular was worthy of Menckenian rebuke. As Washington’s leeches sat on their duffs at home enjoying a paid vacation, a handful of self-righteous activists appealed to a higher power for solace on the steps of Congress. The anti-Republican protest, which was set up by Obama’s pet group Organizing for Action, drew fewer than twenty volunteers. Brandishing signs and begging to go back to fleecing taxpayers, this small cadre of complainers was joined by a young man who thought himself funny. He held a sign that read “THANKS TEA-TARDS,” implying the Tea Party-inspired lawmakers were more mentally crippled than, say, everyone else in Congress. It didn’t take long for lefties to disavow the message and make themselves look like fools in the process.

An Organizing for Action spokesman commented shortly after, “[W]e neither support nor approve of the inappropriate language used in a sign on the mall today.” Rhode Island Representative Jim Langevin declared it was “really unfortunate that this offensive slur was used to characterize anyone” and reminded everyone the he is a steadfast “supporter of the campaign to end the ‘R’ word.”

Oh, heaven forbid the plebs be granted the liberty to use an offensive word!

So here you had one group of self-righteous public servants soliciting pity while one bad egg turns the whole thing into an anti-handicapped hate rally. It’s almost enough to make you sob for universal healthcare. With their moral superiority vanquished, the shell of a protest disbanded soon after. Having accomplished nothing of significance, the only debate centered around which one of them felt the most vexed over a measly protest sign.

For some reason, free speech is always treated as a sacrosanct principle of the left. The term “liberal” is supposed to be defined as tolerance for unconventional behavior. That kind of enlightenment sounds all well and good, especially for anyone who fancies himself a wide-eyed optimist. With their schemes of recreating the world into a just and serene place where every fall is cushioned with tenderness, it’s easy to see why impressionistic college students fall under Marxism’s soft spell. They want acceptance and a carefree life”except for anyone evil-hearted enough to disagree.