Have a Historically Accurate Thanksgiving! 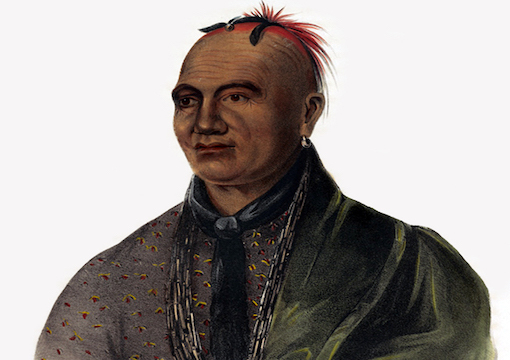 As every public school child knows, the first Thanksgiving took place in 1621, when our Pilgrim forefathers took a break from slaughtering Peaceful, Environmentally Friendly, Indigenous Peoples to invite them to dinner in order to infect them with smallpox, before embarking on their mission to fry the planet so that the world would end on Jan. 22, 2031. (Copyright: Alexandria Ocasio-Cortez)

Consider this description of the Pilgrims’ treatment of the Indigenous peoples:

“They were the worst of conquerors. Inordinate pride, the lust of blood and dominion, were the mainsprings of their warfare; and their victories were strained with every excess of savage passion.”

The Wampanoag, who joined the Pilgrims at the first Thanksgiving, had a lot to celebrate. Contrary to Hollywood’s American-hating rendition of “Pocahontas,” in which the Indians feared the “White Demons,” the Wampanoag were thrilled with their well-armed white allies, who helped them repel the hated Iroquois and Narragansett.

The whole reason the Wampanoag were clustered so close to the coast where the Pilgrims encountered them was that the Iroquois had “pursued them with an inveterate enmity. Some (Wampanoag) paid yearly tribute to their tyrants, while others were still subject to their inroads, flying in terror at the sound of the Mohawk war-cry.”

“The woke version of American Indians makes them just another victim group, like the transgenders.”

Parkman describes a typical Iroquois celebration following one of their attacks on their fellow “Native Americans” (an absurd term, inasmuch as no Indians were “native” to America because there was no “America” until white Europeans got here and created it):

“(M)en, women and children, yelling like fiends let loose, swarmed out of the narrow portal, to visit upon the captives a foretaste of the deadlier torments in store for them … (W)ith brandished torch and firebrand, the frenzied multitude closed around their victim. The pen shrinks to write, the heart sickens to conceive, the fierceness of (the captive’s) agony … The work was done, the blackened trunk was flung to the dogs, and, with clamorous shouts and hootings, the murderers sought to drive away the spirit of their victim.”

The Iroquois “reckoned these barbarities among their most exquisite enjoyments.”

After killing “a sufficient number of captives,” Parkman says, the Iroquois “spared the lives of the remainder, and adopted them as members of their confederated tribes, separating wives from husbands, and children from parents, and distributing them among different villages, in order that old ties and associations might be more completely broken up.”

And for the feminists: The Iroquois humiliated conquered tribes by making the men take women’s names.

Because of the Iroquois’ barbaric attacks, by the time the Pilgrims arrived, “Northern New Hampshire, the whole of Vermont, and Western Massachusetts had no human tenants but the roving hunter or prowling warrior.”

Hollywood’s “White Demons” were “White Saviors” to the Wampanoag.

The Pilgrims also had much to be thankful for on that first Thanksgiving. Of the approximately 100 passengers on the Mayflower, only half survived the first winter, felled by scurvy, malnutrition and the bitter cold. And the ones who made it did so largely thanks to the friendly Wampanoag, who shared their food with the Europeans and taught them how to till the land.

The woke version of American Indians makes them just another victim group, like the transgenders. Their honor and bravery is drained from the PC stories. To better smear our country, Indians have to be made big, fat losers.

The truth told by Parkman shows the savagery and superstition, but also the courage and honor of American Indians. The Hurons, for example, “held it disgraceful to turn from the face of an enemy,” and even when being tortured alive, a Huron would raise his voice in “scorn and defiance.”

Doesn’t anyone wonder why we name our sports teams and military armaments after Indians? We don’t name them after weaklings or whiners. Americans love to boast of having Indian blood, real or imagined — and not just to score a professorship at Harvard like Elizabeth Warren.

Real Americans honor Indians and also honor the courageous European settlers who brought Christian civilization to a continent, a miraculous union that we celebrate on this wonderful holiday.