Have AIDS, Will Travel 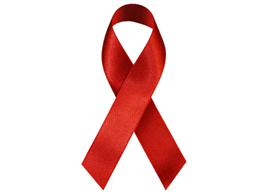 English taxpayers awoke one morning in late February to discover that the nation’s gaiety had been greatly augmented.

The BBC proclaimed joyous tidings””Free HIV treatment on NHS for foreign nationals””then the news was flashed from website to website, mouth to eager ear, setting pulses racing in patriotic pride, bringing the incense of global justice to a country tired of spending cuts. People told each other in rising excitement that the National Health Service had never been sick as they had always imagined”far from being broke, it obviously had zillions of spare funds.

Not only that, but it appeared it was expanding in order to become an International Health Service. A whole new raft of hitherto unknown human rights was about to be conjured into being”all anomalies removed, all injustices smoothed away, the world’s wounds healed, and best of all there would be lots of new lawyers. No more would we witness that stain upon the English escutcheon whereby a lifelong provident citizen taxpayer had more rights than a promiscuous illegal immigrant.

The modest instrument of this noble reform is a House of Lords select committee under Lord (Norman) Fowler, a former Conservative minister and party chairman previously best known for using the phrase “to spend more time with my family” to explain an unexpected resignation. As Secretary of State for Transport he drove through the legislation that made wearing car seatbelts compulsory. He contributed to the conservative canon with his 2008 jeremiad A Political Suicide, in which he caviled at lifelong party activists” extremism and described himself with humility as “a media Jeeves for the politically oppressed.” Even at 76 he is a busy, busy baron, even finding the time to act as chairman of the Thomson Foundation, which promotes high journalistic standards. The Foundation’s website puts it masterfully”the Foundation’s team “learned their craft with some of [the] world’s leading media orgaisations [sic].”

He has long been interested in AIDS and in the mid-1980s headed the Thatcher government’s AIDS program, with “Don”t Die of Ignorance“ superimposed on graphics of icebergs. Experts suggested that everyone was at risk of imminent and agonizing death.

But even these terrifying omens were not regarded as urgent enough by Elton John or George Michael, whose hard-earned revenues from their hard-to-listen-to songs helped propel the tiny Terrence Higgins Trust into a multi-million-pound organization employing 300. The Trust’s famous red ribbons made judicious appearances on the lapels of ambitious politicians and ostentatiously anxious celebrities.

Further out again, there is the out-there outfit OutRage!, which views a complex cosmos through an arguably narrow prism and is always urging ACTION on ingenious pretexts:

Iraq is more bathhouse than Ba”athist, it seems.

In 2003, Norman Fowler was still plugging away, proposing that the EU should appoint an AIDS coordinator with ambassadorial rank. Last year, he and his lordly lieutenants were meeting in noble conclave to discuss this disease which had “fallen off the radar” even though diagnoses had doubled since the 1990s. His committee estimated there would be 100,000 people in Britain living with HIV (about 25,000 undiagnosed) by 2012 and calculated costs in 2009-2010 at £760m, with this expected to rise quickly to almost £1bn.