Have We Lost Our Temperance? 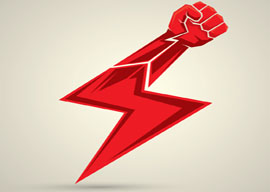 In one of the Platonic dialogues, the Charmides, the subject is the nature of temperance. No final definition is arrived at, but that does not mean that the word has no meaning or that temperance therefore ceases to be a virtue. If we could talk only of what we could define, we should soon cease to speak at all, for definition has to come to an end somewhere. We cannot be what Karl Popper accused Wittgenstein of being, a man eternally polishing his spectacles without ever looking through them.

Certainly there is temperance of language as well as of action. I was reminded of this in a secondhand bookshop yesterday. I picked up a book of poems for children by a modern poet whom I happened to have quoted in an essay written a few days before. There was an inscription in the book, not by the author (I think):

For James, who loves children and who, more unusually, is loved by them.

This is not the inscription of an uneducated person; but what most struck me about it was that the recipient, or at any rate someone, had crossed out the words loves and loved, and written over them, in a different hand, likes and liked. (The difference of the hand was important: It meant that it was not the original inscriber who changed the verb.)

I found this impressive. It was not an act of mere pedantry; the pedant delights in error rather than in truth (he reads a book of 500 pages and underlines the one misprint in it, often with glee masquerading as anger or disgust). Here, on the contrary, was someone who tried to be as truthful and precise as words would let him be, including”on the assumption that it was the recipient who made the correction”about his own feelings. If he said, or allowed himself to think, that he loved children when in fact he only liked them, what word would be left to him for something or someone whom he truly loved? Intemperance of expression is the enemy of distinctions in meaning. This is important, for actions are often predicated on words rather than on realities or things; if we are intemperate in our use of words, we are likely to become intemperate in our actions, to our own detriment but, more important, to the detriment of others.

I think it can hardly be denied that we live at a time of intemperance of language. It is not enough for us to say that we like or dislike something; we find it necessary, in order to draw attention to ourselves or our feelings, to say that we love or hate it. The language used on the internet is often intemperate, and, just as Falstaff was not only witty in himself but a cause of wit in others, so intemperance in our own language encourages intemperance in the language of others, and vice versa. A soft answer may turn away wrath, as Proverbs tells us, but bad language encourages the use of further bad, or even worse, language. Intemperance, far from being cathartic, breeds intemperance.

When we use strong language to describe small things, we deprive ourselves of the means to describe great ones, and only violent gestures or violence itself is left to us. In the case of slight or even more serious moral harms, we have no words left to describe or reprehend true evil. If everyone is Hitler, no one is.