He Who Stabs Last, Stabs Best 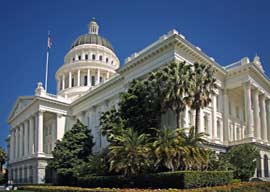 Although modern leftists boast that they are on the “right side of history,” they continue working from a very old and comically outdated script.

Not a day goes by without them mentioning slavery”which, in case you didn”t get the memo, ended over 150 years ago”but they keep their lips firmly zipped about a lopsided modern epidemic of black-on-white violence. They”ll persist in bemoaning the rape of slave women, but they likely aren”t even aware that modern interracial rape is almost entirely black-on-white.

Tilting at windmills, they pretend to be “fighting the power” when they are obviously its willing stooges. Against overwhelming evidence, they continue to prop up the transparent lie that America’s government, media, and educational institutions are bastions of “white supremacy” rather than hornet’s nests of virulently anti-white rhetoric and policies.

And somehow they manage to stare reality right in the eyes and lie to it when they claim that whites are the primary modern perpetrators of American racial violence rather than its targets. And even if they can”t ignore all the attacks, they”ll insist that since white people are aggressors by birth, they don”t even have a right to fight back.

For decades if not generations at this point, nearly all of American political violence has been initiated by leftists who justify their predations based on the idea that they are merely retaliating against ancient acts of oppression committed by their sworn enemies.

“If you come throwing a thousand punches, you have no right to whine if you get hit back.”

Over the past generation, I cannot recall a single instance wherein all these alleged hordes of violently intolerant right-wing thugs have violently crashed a leftist political rally. But on the other hand, not a day seems to go by when usefully idiotic totalitarian goon squads such as Antifa and Black Lives Matter aren”t throwing rocks and flinging poo at anyone who refuses to lie prostrate before the globalist streamroller.

This phenomenon is hardly new. Alleged “fascists” and “Nazis” have been the American bogeymen since at least the 1960s. In a 1992 episode of Seinfeld, George is mistaken for a neo-Nazi leader and barely escapes with his life at the hands of a violently anti-Nazi crowd. In The Blues Brothers (1980), a group of “Illinois Nazis” is forced to jump off a bridge while a rabidly hostile mob cheers.

But popular myths are hard to dispel, especially when continually reinforced by the extant institutions of power. Despite clear evidence that nearly all of the violence at Donald Trump rallies has been perpetrated by anti-Trump forces, a delusion persists that it is Trump and his supporters who are instigating the violence, even if only verbally.

According to organizers from the Traditionalist Worker Party, they planned a June 26 rally at the California State Capitol in Sacramento to protest widespread police indifference toward multiple violent attacks toward Trump protestors in California. But before the rally started, the tiny cluster of 30 or so white nationalists was besieged by an estimated 300 or so violent leftist fanatics who came throwing fists, tossing rocks, and swinging bats. Due to the bloodshed that ensued, the rally never materialized.

The leftist agitators were so openly and impenitently violent that they attacked a news crew, snatching a reporter’s mic and slamming a skateboard into a videographer’s guts. Another local reporter”a female Asian“correctly identified the aggressors:

Insane video. Crowd sees any signs of “Nazis” and they run&attack. A lot of people bleeding/getting maced.

Even the police were targets of unhinged leftist violence, with several reports of anti-fascist protestors tossing explosive devices at police horses. When asked to speculate about who instigated the violence, Officer George Granada of the California Highway Patrol stated:

If I had to say who started it and who didn”t, I”d say the permitted group didn”t start it….They came onto the grounds and were met almost instantly with a group of protesters there not to talk.

An insect-faced woman named Yvette Felarca epitomized the reality-inversion of modern leftism when she claimed that her radical-leftist group BAMN (By Any Means Necessary) was acting in “self-defense,” when video evidence clearly shows her repeatedly punching a presumed “fascist” who offers no resistance and gets dragged to the ground and kicked by other useless idiots who also apparently deluded themselves into thinking that they were acting in “self-defense.”