‘Heart of Champions,’ Night of Fun 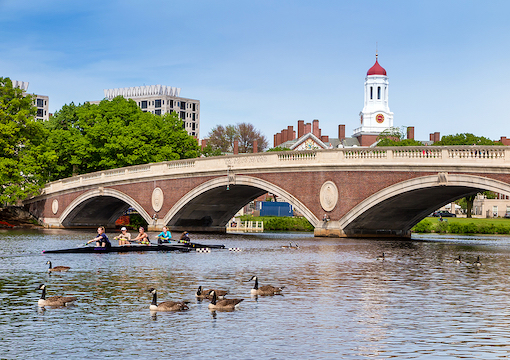 I find most films nowadays as fascinating as a lengthy history of orthodontics, but then I’m spoiled rotten having watched old black-and-white pearls such as From Here to Eternity, The Asphalt Jungle, and Our Man Godfrey. When Chariots of Fire came out some forty years ago I went bananas. My uncle had competed in both the ’32 and ’36 Olympics in the hurdles, and my father was on the relay team. Athletics back then were for pure amateurs only, and as in the case of the great Jim Thorpe, anyone caught having ever been paid even a dollar for competing in any sport in or out of the Olympics was obliged to give the medal back. Chariots of Fire captured the will, luminosity, and purity of the amateur athlete who competes honorably for glory and would rather die than cheat. Which brings me to the latest film my friend Michael Mailer has directed, and whose premiere I attended last week in the Bagel.

In brief, it’s Chariots of Fire on water. Heart of Champions was inspired by a true-life story that took place back in 1936. Nine working-class boys in America’s Northwest decided to challenge the upper-class crews that made up the Harvard, Yale, and Princeton crew teams, which were competing to represent Uncle Sam at the Berlin 1936 Olympics. To everyone’s amazement they ended up winning, going to Berlin, and winning again, beating Italy and Germany in the final. Apparently even the Führer was impressed when told of their background. There have been books (Boys in the Boat) and documentaries about it.

“Michael Mailer unfolds the mystery of certain characters over the course of the movie.”

Michael’s movie has nothing to do with that event, and is set in 1999 at a fictional university battling against Harvard and other grand schools. The star is that wonderful actor Michael Shannon, who gives a great performance as a Vietnam-veteran coach who reads his boys better than any Freud ever could and then some. Michael unfolds the mystery of certain characters over the course of the movie. One can no longer do that in the era of social media as it takes a few minutes online to reveal pretty much anything one needs to know about anyone. Social media is antithetical to mystery, according to Michael, and by extension antithetical to art or the creation of art.

Here’s the director talking to me about the film: “The values espoused in the movie—sacrifice, team above self, sublimation of ego, and leadership—meant more then than they do now.” Michael also wanted to tell a story during a time when it was okay to get into a fistfight over a girl and not have it labeled a toxic-masculinity event. Here I take a parenthesis. Last week in London I had drinks with heroes at an undisclosed location. I am not being mysterious but following their rules. Perhaps a few readers will know what I mean. I am not being coy, just proud of having met with the best Britain can ever provide. Now back to the film.

Harvard is sort of the bad guy in the movie. Michael Mailer is a Harvard grad and has nothing but great affection for his alma mater. (I think the place stinks.) But if he hadn’t gone to Harvard, Michael would never have done the film. Crew at the stinky place is not a sport but a religion. Everyone who wasn’t as ugly or as nerdy as Mark Zuckerberg went out for freshman crew. No matter how short, weak, or fat, how athletic or clumsy, freshmen went out to row for their lives. Michael did not. He boxed, becoming captain of the boxing team and going on to the finals of the Golden Gloves where he lost in a split decision after a nonstop, violent toe-to-toe match. Oh yes, and another thing: Crew requires getting up at 5 a.m. and rowing. Michael lusted after girls and went after them, and unlike Zuckerberg he landed them galore. He also drank Scorpion Bowls at the Hong Kong in Harvard Square, was a very good student, and even had time to see his father, Norman, when the great novelist deigned to come around the quad and criticize. (You drop your left before the right cross, and Ptolemy was not only once a pharaoh but also an astronomer.)

So, once the movie presented itself, Michael Mailer was offered the chance to direct and he jumped at it. I won’t spoil it for you, but Harvard loses at the end, at least I think it does as I was seated next to Arki Busson at the premiere and he had just cracked a joke about a very pretty girl who was rather clingy in the film. A party chez moi followed, and as luck would have it we overdid things. But it was a Thursday evening and I didn’t have to fly to London until Monday, so I let it rip. I was inspired by the movie. American revisionists seem to think people should forfeit their history, customs, heroes, and freedoms to a self-appointed elite. I say screw you, you’re not worth a bucket of warm spit, and like the communist in disguise that you are, you will end up in the rubbish heap of history. There, take it from Taki, go see the movie and punch the next person who cancels you rather hard in the mouth.