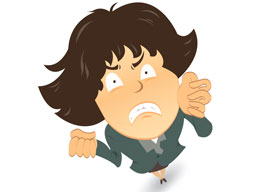 All hell broke loose this month in the halls of academia. Medievalism, a field normally clean and cloistered, was rocked to its very foundations by the knowledge that one of its foremost members is a heretic.

A quick and dirty summary of events goes as follows. Allen Frantzen retired from a nearly 40-year career as an English professor in 2014. He authored numerous books and articles over the course of his career, edited many others, and was esteemed by his peers as a leading specialist in Anglo-Saxon literature. In 2015, Frantzen published a blog post on his website titled “How to fight your way out of the feminist fog,” in which he notes that the goal of modern feminism is to remove men from power and that many men are afraid of the consequences of questioning feminism, or of being masculine. He then offers advice on how men can “clear the fog of feminist propaganda” in order to improve their lives. The following quotation regarding how to argue with a feminist gives a good indication of the author’s thoughts:

Changing her mind isn”t the aim. Making a man’s point of view clear is your aim. A man who thinks for himself and knows something is more manly than a suck-up feminist afraid to say what he thinks. I”m guessing she will get that. Power is sexy. Wimpishness is not sexy. GYB….

“Modern academia, when confronted by unpopular opinions, is unable to respond with anything but naked hostility and purging.”

You probably have not had a coach help you with defending manhood and your masculinity. The feminist believes she cannot be disagreed with by a reasonable person. How can you disagree with me? I”m a woman (black, gay, Hispanic). You will now have shown that you can disagree with a self-proclaimed victim without sounding prejudiced.

By the standards of the typical Taki reader, these statements are quite mild. But for the polite society of modern academia, having one of their own write that “wimpishness is not sexy” was the equivalent of churchgoers being told by a preacher that God is a fiction (which, on an unrelated note, happens once in a while in Canada). For many months the post sat dormant on Frantzen’s obscure and rather ugly website, largely unnoticed. But when Frantzen’s fellow medievalists stumbled upon the essay at some point mid-January, they reacted in a frenzied way that has been mesmerizing to observe.

Academics Internet-wide, upon reading Frantzen’s advice to men””Grab your balls””grabbed instead their pitchforks and torches. They created an online echo chamber in which to mock Frantzen, celebrate their own perceived enlightenment, gnash their teeth, clutch their pearls, and generally sound off about the joys of feminism and the great peril posed by nonbelievers. One melodramatic medievalist describes the impugned blog post as “verbal violence against women“; another believes that Frantzen wants to “police what it means to be a man.” Another takes the opportunity to state that this debacle shows that “We need more white people to address white supremacy and white fragility,” a bizarre statement that makes one wonder if the writer even read Frantzen’s blog post prior to getting offended.

Since Frantzen is retired, he no longer has a career that can be destroyed. This means that his ex-colleagues and past students are going after his legacy instead. Professors are removing Frantzen from their syllabuses and dismissing as “hateful” the same books and articles that were held in admiration just a couple of weeks ago. They are making the assumption that Frantzen hates women, that he views them as intellectually inferior, that he has sabotaged the career of every woman unfortunate enough to cross his path. “How many female PhD students has he supervised?“ asks a critic. “Interviewed for jobs? Listened to their papers? Accepted them onto courses, into conferences? Knowing that all the while, this respected man who has had so much to contribute to the world of scholarship has never viewed women as capable of the same contribution is immensely sad.”