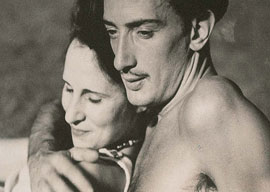 This weekend’s G20 summit in Russia comes on the heels of controversy regarding the nation’s treatment of homosexuals.

I can no more genuinely fathom being a homosexual than I can fully comprehend being a butterfly. Yet nowhere can I comprehend it less than in St. Petersburg. There is no woman better suited to me than a Slav.

Traditionally the Western archetype of artist’s companion is as cutthroat competitor, while the Russian paramour is all-encompassing collaborator. However, even this is a weak and inefficient equivalent. She is lover, mother, taskmaster, editor, assistant, social secretary, caretaker, creditor, and longsuffering muse. (Dostoyevsky’s wife sometimes dressed him when he couldn’t decide what to wear.)

If the Russian soul is known for its capacity to abide the unbearable, this quality is magnified exponentially for its womenfolk.

“If the Russian soul is known for its capacity to abide the unbearable, this quality is magnified exponentially for its womenfolk.”

Tolstoy, Bulgakov, and Solzhenitsyn married supportive Russians. Those who have difficultly slogging through a single reading of War and Peace may be shocked to learn that Sophia Tolstaya copied it out by hand in totality seven times prior to publication.

Pushkin’s exceedingly poor choice of spouse was a notable exception. She allegedly considered him a “Negro” and not sufficiently Russian.

Picasso is well-known for his many wives, but he picked a Russian first. Matisse followed suit (one of his rare times trailing Pablo) with a Russian as model and muse for his life’s final two decades.

Dali lived with a Russian woman five years, then married her, then remarried her in a Catholic ceremony twenty-four years later. Theirs was an unconventional arrangement, yet Salvador idolized her to the degree that he occasionally signed his paintings with her name saying, “It is mostly with your blood, Gala, that I paint my pictures.”

While there is no record of any great romances, Whistler spent his formative years in Russia and it was there he embarked on an artist’s life, being at first privately instructed and later enrolled in the Imperial Academy. His was a classical training involving live Slavic nudes, a form sufficiently impressed upon him that it would reappear in perhaps the greatest lithograph ever created.

Stravinsky and Prokofiev’s spouses each endured wandering husbands. The first had as a contender Coco Chanel, while the second was abandoned figuratively through infidelity and then literally to a gulag. Despite her man’s deep character faults, the Russian woman has an innate capacity to recognize the exceptional and nurture it.