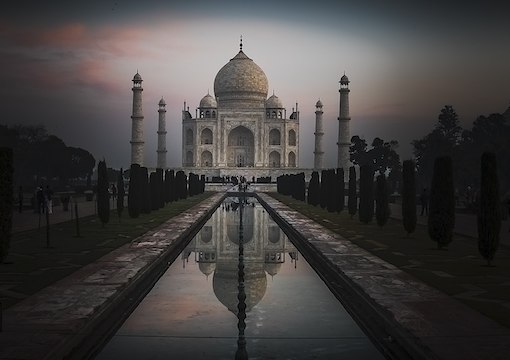 There was a very curious letter to the editor in the latest edition of the English monthly magazine The Critic. It was from a correspondent who defended the type of architecture known as brutalist, that is to say of buildings constructed of and faced with large blocks of raw concrete. The letter concluded as follows:

I love Brutalism, and believe every example of it should be preserved, but I would never call it beautiful, any more than I would call it ugly. I just happen to find it unique and interesting, and I find it condescending to be told otherwise.

The writer seems to imply that aesthetic considerations played no part in his estimate of the worth of a building, only its uniqueness and interest. His ideal of a city, then, would be one composed of freaks, since freakishness is the royal—which is to say easiest—road to uniqueness, and freaks are, whatever else they may be, invariably interesting. As every writer knows, it is easier to depict a bad man interestingly than a good one. But this is not an argument in favor of bad men.

The correspondent is not, oddly enough, unique in his uninterest in the aesthetics of architecture. Writing in a journal by architects for architects, an architect began his article with the following words: “Many of us [architects] are worried about the focus on beauty….”

Indeed they are; but from this one might have supposed that the principal problem facing modern cities was an effete aestheticism that somehow prevented things from being built, and that beauty were to buildings what satin ribbons were to Pekinese dogs, that is to say neither essential nor important.

But indifference to beauty is not the attitude of most of humanity, at least once its very basic needs are met, either in the present or in the past. The true, the beautiful, and the good have long been considered the prime desiderata of life, but, as Sganarelle said when posing as a physician and being told by his patient Géronte that he thought that the heart was on the left and the liver was on the right side, “Nous avons changé tout cela”—we have changed all that. Beauty is no longer an important concern of architects, and they want to persuade us that it should not be to us, either. We should henceforth satisfy ourselves with uniqueness and interest.

“Safety lies in the appearance, not in the reality, of communication.”

I hesitate to coin a neologism, but it seems to me that architects, though not architects alone (they are but the canaries in the coal mine), suffer from pulchriphobia, that is to say a fear of beauty. To be more exact, it is not beauty that they fear so much as the revelation to others of what it is that they consider beautiful, or the revelation of their incapacity to produce anything of beauty. Taste is very revelatory of character, and though we live in an age in which we delight to talk of ourselves, in fact we do so while carefully protecting ourselves from true self-revelation or true self-examination. That is the secret of the success of psychobabble, that strange form of language that permits people to talk endlessly about themselves while revealing nothing specific, let alone discreditable, and that the originator of the term, R.D. Rosen, defined as follows:

A set of repetitive verbal formalities that kills off the very spontaneity, candour and understanding that it pretends to promote.

Self-revelation and self-examination terrify us, but we dare not admit it, so we pretend to be candid.

Let us suppose that we are walking down a street together and we see in a shop window a pair of sky-blue furry slippers in the form of rabbits. You find them beautiful, but are instinctively aware that I will find them kitsch, ridiculous, or in the worst possible taste. Therefore, you do not say, “How beautiful those slippers are!” but “I find those slippers interesting.” Interesting is a nice neutral term that reveals nothing of your taste (never forget that taste divides people by at least as much as opinion, and probably by more). Things that you abominate may interest or even fascinate you; therefore, by saying that something is interesting, you have not put your cards on the table, so to speak.

There are certain people who disguise what they think and feel by always talking jokingly or ironically. You are never quite sure what they really mean. If you take them to mean what they say in the most literal sense, you risk ridicule as a person lacking in sophistication, in a sense of humor or irony. If, on the other hand, you take them to mean the opposite of what they say, you may be accused of failure to understand plain English. The safest thing to do, then, is to answer in kind, to adopt a joking or ironical tone, so that your interlocutor faces the same dilemma as that which you have just faced. Conversation becomes as two ships passing in the night, rather than the meeting of minds.

In similar fashion, psychobabblers talk but do not converse. Theirs is a social compact: You agree to listen to my empty verbiage about myself if I agree to listen to yours. We can talk for hours but still know nothing of each other. Safety lies in the appearance, not in the reality, of communication.

The desire not to reveal themselves no doubt lies behind the pulchriphobia of the architects (and also, perhaps, that of poets, painters, and others). That is why they opt for characteristics such as transgressiveness, originality, unprecedentedness, and so forth. To say of a building that there is nothing like it tells you nothing about its value. It may be the Taj Mahal or it may be the Centre Pompidou.

The article by the architect I cited above mentioned a survey among students, of architecture and of all other subjects amalgamated. They were asked to rank a series of buildings in order of preference. Their rankings were completely inverse: What the architectural student liked, the other students disliked, and vice versa.

Social pressure no doubt accounts to a large extent for this professional perversity. A contemporary architect who preferred the Taj Mahal to the Centre Pompidou would be like a Hindu of old who traveled across the sea: He would lose caste. Best, then, not to talk of beauty or ugliness.