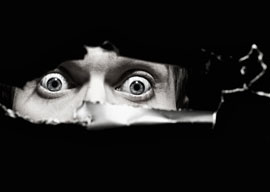 Thanks to the UK Guardian, everyone now knows the NSA is spying on US citizens. Our reptilian Congress critters are wondering what the big deal is, since they’ve been authorizing it all along. While some of the recent revelations are new to the general public, our lizard masters in Congress are correct: This has been hiding in plain sight for years now. The Federation of Atomic Scientsts has been reporting on this for decades. Whistleblowers and journalists have been talking about these programs for generations. The Electronic Frontier Foundation has actually been filing lawsuits against the NSA and the telecom industry on these specific issues for years now. Of course the government is electronically spying on its citizens; it’s trivial and cheap to do, and up until now, nobody but a few doughty libertarians at the EFF has complained.

There are two revelations under discussion right now. One is the disclosure that Verizon had a blanket order to give all domestic telephone traffic “metadata” to the NSA. The other is the PRISM system for spying on Internet traffic.

“Of course the government is electronically spying on its citizens; it’s trivial and cheap to do.”

The Verizon matter is not limited to Verizon. We can safely assume that all telephone companies are doing this with all US-based telephone metadata. The original legal excuse for this is the 1978 “Foreign Intelligence Surveillance Act” (FISA). Secret FISA courts have been established to protect the American people from intrusive spying. They are the ones issuing these orders. The FISA courts have become kangaroo courts; they almost never deny the intelligence agencies what they want. Further legal justification was provided by Title II, sections 211 and 215 of the USA PATRIOT Act. The common-sense idea behind it is that we need a way of tracking foreign intelligence agents in the US. In 1978, before cell phones were in widespread use, it was easy to protect US citizens’ privacy. Telephones were tied to physical addresses”bug the foreign residents, problem solved. Nowadays, one can buy a cell phone for $10 cash and throw it away after one use. Thanks to idiotic immigration laws, there are also a lot more foreigners living here. Therefore, to continue the program, unless we deport all the foreigners, the government actually does need all telephone records to keep track of foreign use of our telecommunications networks.

Telephone metadata is all data except the actual message. What cell-phone towers are you near at any given moment? Did you send someone a text message or use the Internet on your “smart” phone? Did you call someone, and whom did you call? With this “metadata,” the government knows who you are, where you are, and whom you talk to. Supposedly they cannot obtain the contents of actual communications without a court order issued by the kangaroo FISA courts. In principle, the contents of your messages to non-suspected foreign agents are “safe,” but the NSA has a history of lying.

Using only the metadata, the government knows where everyone with a cellular telephone is when they communicate with others, whom they are communicating with, and what their social networks are. Apologists have pointed out that, well, so do the telephone companies. But telephone companies don’t have armies, secret police, or engage in blackmail; they have marketing departments. They also don’t have all the data; they only have the data they have gathered. The NSA has all the companies” data.