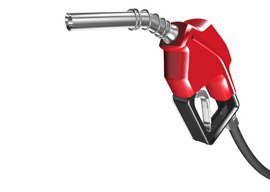 In our native Appalachia, my wife’s family and my own were fruitful and multiplied; in fact, my wife has roughly 60 first cousins. But to most moderns, our own family of three boys and one girl seems unusually enormous. Some hotels force us to have two rooms, and New York taxis won’t take more than five people, even in a minivan designed for more. And it may be part of why car manufacturers don’t make sufficiently safe vehicles for very large families. And I know it’s why a coworker once looked at me and said, “The problem is people like you who have all those kids!”

Still, we’re accustomed to it. We make adjustments and simply pay more for rooms, vehicles, gas, and especially food for the delight of having our family: Two parents and four future teachers, parents, doctors, engineers, or who knows what. (They’re also four future taxpayers, but who’s counting?)

As gasoline prices rise, some say this is beneficial, but to whom? The problem is, many of us (especially those with larger families) do not live in large cities where mass transit is widely available. We live in places where we have only a few options. We can:

“As gasoline prices rise, some say this is beneficial, but to whom?”

Mass transit based on the European model would be rather nice. I enjoyed the Japanese system’s efficiency when I traveled there. But those are smaller, more compact nations. America’s geography, especially in mountainous places such as Appalachia, makes those systems less viable even if we had begun them decades ago.

The truth is, those of us who live in suburban or rural areas simply must have access to transportation, and as it stands, cars and trucks are the best options we will have for some time.

I don’t have any service to haul off my trash; I have to do it in my pickup. I have animals that sometimes need to be transported in a private vehicle to the veterinarian. I work in a semi-rural hospital that is a twenty-minute drive from my door. My partners and I work at all hours of the day and night. (A similar phenomenon exists in local industries such as our regional nuclear power plant.) Shift work is a thing for which even the best (real or theoretical) public transport is often unavailable.