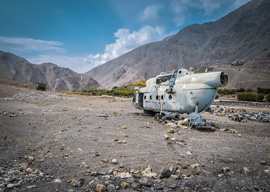 “History teaches us no lessons but we insist on trying to learn from it.” That’s the first sentence of a Spectator review of John Bew’s admirable biography of Clement Attlee, Labour’s most successful prime minister.

It’s an extraordinary statement. Apply it to your own life. We all—almost all, anyway—have some successes and some failures. Don’t these offer opportunities to learn? Sometimes we take the opportunity, sometimes we don’t. Any sports coach will tell you that failure—defeat—can teach a valuable lesson that can make you perform better in the future. Or, to take a mundane example, suppose a crooked secondhand-car dealer sells you a dodgy car: Will you buy your next one from that man, or will history teach you to go somewhere else?

If we accept that we can, and often do, learn from experience—which is history—in our personal life, it’s surely absurd to argue that in public life, or affairs of state, history has no valuable lessons to teach us.

“The Hydra sprouts new heads. Why should it be different this time?”

Field Marshal Montgomery had no doubt about it. What’s the first rule of war? “Don’t invade Russia,” he replied. If Hitler hadn’t been too conceited to learn lessons from history, he might have taken a close look at Napoleon’s 1812 campaign and canceled Operation Barbarossa. Napoleon’s “Grande Armée” was much stronger than any Russian army, but Russia defeated him. Hitler suffered the same experience because he thought there was no lesson to be learned from history.

So what might be another rule taught by history? I’d suggest “Keep out of Afghanistan.” We British eventually learned this, painfully and embarrassingly, in the days of our Indian Empire. Afghan wars were a bad mistake. The Soviet Union paid no heed to history and dispatched a large army, backed by tanks and planes, to prop up its Communist stooge. Big mistake. The Soviets’ Afghan War was a disaster, contributing to the demoralization and loss of nerve that led a few years later to the disintegration of the Soviet Empire and indeed of the Soviet Union itself. The Taliban, originally encouraged and armed by the USA and its Western allies to fight the Russians, took over and established an Islamic theocracy.

Then came 9/11. The Taliban had been hosting Osama bin Laden and his small al-Qaeda organization. 9/11 was planned there. Alarmed, the Taliban offered to send bin Laden to a neutral country. Not good enough. The Afghan War was launched. At first it went well, conforming to the pattern of invasions of the country. There’s always an easy victory at first. This time, in 2001, with the enthusiastic support of Afghan roughnecks—a.k.a. “warlords”—who had been given a hard time by the Taliban zealots, everything went swimmingly. The Taliban were routed. An elected Afghan government took their place. This was sixteen years ago; the Taliban recovered and regrouped, and the Afghan War drags on. The Taliban resemble the Hydra of Greek mythology; every time you cut a head off, another sprouts. Refusal to learn from history dooms you to repeating it.

President Trump may not read much history—the word is that he doesn’t read much of anything—but his instinct, he tells us, was to pull American troops out of Afghanistan and leave it to the Afghans to manage as best they can. But his instinct hasn’t, it seems, been a match for the Pentagon, still committed to a war that has now lasted more than twice as long as the wars against Nazi Germany and Japan. So more troops will be committed to Afghanistan yet again, treading the old vicious circle.