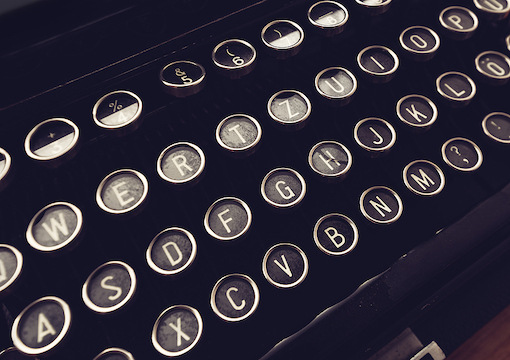 There comes a time in life when one is more interested in the past than in the future. In my case, I reached it very early: I cannot remember a time when the past was not more alluring to me than the future as a subject of thought and reflection. The past is much richer than the future, whose content is unknown, inherently unknowable, and therefore thin and undetailed by comparison with that of the past. Moreover, I find forward-looking optimists profoundly depressing. They have no sense of irony, let alone of humor.

Whenever I meet such a person, I feel inclined to recite to them the opening line of Rasselas, Doctor Johnson’s great philosophical fable in which he establishes that there is no perfect life for man on earth and that discontent is the permanent condition of mankind: a conclusion that, far from being depressing, is consolatory, for it puts one’s own current difficulties in some kind of proportion. Rasselas begins:

Ye who listen to the whispers of fancy, and pursue with eagerness the phantoms of hope; who expect that age will perform the promises of youth, and that the deficiencies of the present day will be supplied by the morrow; attend to the history of Rasselas, prince of Abissinia.

Rasselas and his sister go in search of the perfect way to live, having been brought up and lived all their lives in a near paradise in which, however, Rasselas experiences a vague but disturbing restlessness. In their wanderings throughout the world, they discover that even the most superficially attractive ways of life have their drawbacks. Perfection is unachievable.

Even an inscription in a secondhand book by a previous owner or donor can be, for me, the stimulant of melancholy or nostalgia. These days, melancholy and nostalgia are not much in fashion; indeed, they are seen almost as vices. But he who experiences no nostalgia must have had a wretched or a shallow life, for not to regret the passing of a happy time is to have had no happy time.

The other day I picked up a short book I must have bought for a song a few years ago and intended to read, but never had. I found the simple inscription in it—“To Father with lots of love, Christmas 1988, Tim & Joy and Danny” (Tim being underlined)—moving but also melancholy, for reasons that I shall explain.

“He who experiences no nostalgia must have had a wretched or a shallow life.”

The book was titled Dangerous Precincts: The Mystery of the Wakeford Case. Published in 1987, it was by John Treherne and was thoroughly absorbing. It concerned a clergyman of the Church of England, John Wakeford, who was accused of adultery in 1920 by his brother-in-law and fellow cleric, and was deprived of his position after two trials. The author provides strong evidence that Wakeford was the victim of a conspiracy of his brother-in-law, who hated him for reasons of snobbery, and of yet another cleric, a friend of his brother-in-law, whom he had previously accused of adultery and who therefore desired revenge. They suborned witnesses and encouraged the forging of documents. The denouement of the story was truly tragic: His career destroyed, Wakeford went with his wife (who stood by him throughout) to live anonymously in a dismal new suburb, having previously occupied a beautiful house, where he eventually went mad, dying nine years later of a heart attack in a lunatic asylum.

If there really was a conspiracy to destroy Wakeford, which is highly likely, here was a case of wickedness amounting to evil. On the scale of world history, of course, it was nothing; but the malignity of the human heart is not to be measured as a yard of cloth is to be measured by a cloth merchant, with a simple yardstick. The perpetrators, if that is what they were, got away with it and never paid the price, unless their own consciences tormented them, which is unlikely. Practically everyone is brilliantly inventive when it comes to self-justification.

The book is a brilliant work of reconstruction. It encouraged me to speculate on the inscription in the book.

It was written with a fountain pen, which, given that by 1988 fountain pens were already comparatively uncommon, suggests a person of a certain type, educated and fastidious. Addressing the recipient as Father suggests an old-fashionedness as well, a kind of formality that is now, alas, almost defunct.

Of the three names, Tim is underlined, which suggests that he was the prime mover in the gift, Joy perhaps being his wife and Danny his son. Of course it is also possible that Tim is merely drawing his superior generosity to his father’s attention, having bought the book on his siblings’ behalf as well as his own, but this is a much less likely, as well as nastier, explanation of the inscription.

How did the book come to be sold? The most likely explanation is surely the death of Father, after which his possessions were disposed of. Few people want books these days, and you are lucky if you can get someone—some shop or individual—to take them. It is also possible that Father disposed of the book himself, in an act of decluttering, or perhaps after having fallen out with Tim. But this is an unpleasant explanation, in a way worse than death, and I avert my mind from it.

I am moved by the fact that a son, as late as 1988, could still write to his father, obviously without embarrassment or shame, with lots of love. Filial piety is not, after all, the principal virtue of our age.

The book is in the freshest of conditions, as is the inscription. It could have been written yesterday, but is already nearly a third of a century old. How quickly those years in my life have gone!

As for the author, John Treherne, he died of a heart attack the year following, aged only 60. I felt a tinge of guilt when I discovered that (thanks, of course, to the internet). Having done nothing to deserve it, on the contrary, I have already lived ten years longer than he. Nature distributes her favors without regard to desert. Treherne, after all, was a very considerable man. He was a brilliant scientific researcher into the physiology of insects (a very important subject, if you take a little time to think about it), who later in his life turned to historical investigations. A good man as well, he was much more of a loss than most of us will ever be.