Hit Me Harder, I”ve Been Bad! 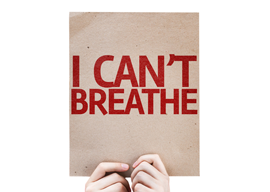 Mocking treasured liberal slogans is as easy as shooting (bicycle-riding) fish in a barrel.

They helpfully print them on T-shirts and bumper stickers, for one thing”although over the years, in this as in all material matters, quality has taken a hit. At least the notion of Pentagon bake sales exhibited a sense of absurdist, curlicued whimsy. Those rosary-battered ovaries, though? Thud.

And yet, despite our mockery and their lack of creativity, the left keeps winning.

It doesn”t help that our side’s mottos are even less digestible”or incontestable.

Conquest’s Three Laws of Politics are, on the evidence, false, for instance.

Law #1: “Everyone is conservative about what he knows best.””¨”¨Actually, almost every conservative I know transmogrifies into a flaming liberal when he mounts his favorite hobbyhorse. The gay ones clamor for same-sex “marriage.” The straight ones demand the abolition of corporate welfare for every industry but their own.

If such an exception to the rule exists, then explain what happened to Preston Manning and his eponymous Centre, formerly as “explicitly and constitutionally” conservative as they come. And is anyone at, say, National Review sufficiently small-government or anti-immigration enough to qualify as “right-wing” at this point?

“I”ll admit it: I emailed the story of Ruenzel’s murder to a bunch of my friends with the subject line “ha ha ha ha.””

Law #3: “The behavior of any bureaucratic organization can best be understood by assuming that it is controlled by a secret cabal of its enemies.”

So “bureaucratic organizations” are staffed with conscientious good guys who seem to be rendered comically incompetent by a few saboteurs? Anyone who’s faced off against a stupid, stubborn public-facing rank-and-file functionary knows that it’s “enemies” all the way down.

The last time I started off a column with the epigram, “A conservative is a liberal who’s been mugged,” I attributed it (sort of) to Irving Kristol, and was informed via email by not a few readers that the real source of the quotation was the late Philadelphia police commissioner turned mayor, Frank Rizzo.

Interestingly, both men were born in the same year”1920″making them middle-aged (and sufficiently crusty) when that giveaway word, “mugging,” was at peak usage.

Whoever coined the phrase, it may not have ever been true beyond the sprocket holes of a few 1970s urban vigilante movies”a case of (Death) Wish-ful thinking.

“I Was Mugged, and I Understand Why,” editorialized one Oliver Friedfeld in Georgetown University’s school paper not long ago.

“Who am I to stand from my perch of privilege, surrounded by million-dollar homes and paying for a $60,000 education, to condemn these young men as “thugs?”” he asked. “It’s precisely this kind of “otherization” that fuels the problem.”

The op-ed quickly went viral on the right, with Jonah Goldberg nominating the spindly beta male for “Liberal of the Year.”

Competition for that dubious title is pretty stiff right now. I”m guessing you”ve already met this guy, the beardy Berkeley bicyclist in the homemade “Cops: Stop Killing Black Men” shirt who was busy getting himself killed by marauding, hammer wielding black men until cops rescued his lily hide. How dare he try using his “white privilege” to prevent homies from liberating more champagne, I say!

Or we could hand the trophy”a gold-plated flogger, perhaps?”to Tonight Show writer Jason Ross. He started the (again: clumsy and uninspiring) hashtag #CrimingWhileWhite, via which, explains unimpressed black conservative Derryck Green, “self-loathing white people tweet about crimes they got away with to “prove” the racial double standard that exists within the criminal justice system.”