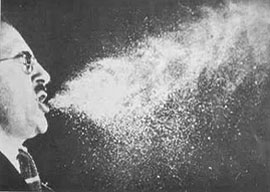 One of the unintended consequences and, for me, an unanticipated pleasure of the Fox/Cablevision dispute and blackout has been once again listening to baseball on the radio rather than watching it on TV.

Nothing, of course, beats actually going to a game. The field of vision is the thing. I had the pleasure of having been invited to Fenway for the first time this summer. I went to Wrigley Field some years ago. I think these are my favorites.

By the way, here’s one for you, despite the blue-collar reputation of our fellow enthusiasts and the dreadful Wilpons, we New York aristos are Met fans. This is in loving memory of Mrs. Payson, Jock Whitney’s sister and one of us.

A friend took me to the new Yankee Stadium this summer, and the “amenities” are surprising. We had dinner in the Audi restaurant, where sushi and filet of beef were on order served by waiters on tablecloths. Pretty elegant stuff. Mind you, the clientele, the fans, were in shorts and Jeter or A-Rod jerseys, invariably with sneakers. There is no way you could confuse this crowd with the swells at la Grenouille, but I”m not complaining.

“I”d rather be a Times Square wank-booth jizz-mopper than have to clean the Met dugout.”

What I am complaining about is a feature of baseball you only see on television. You don”t notice it when you”re at the ballpark in person, and you certainly don”t hear it described on the radio, but the television directors persist in giving you close-up after close-up from the wizened manager to the beardless rookie by way of the superstars, of the participants” revolting personal habits. What do they have in common? They”re orally fixated; they”re all chewing something like a herd of moronic Holsteins, with the inevitable and disgusting consequence”spitting.

Some chew gum and make bubbles. I guess this is OK, but others go for some kind of sunflower seeds that produce a regular snowfall. This seems to be a manager’s specialty. I have a sneaking suspicion that some players actually hold to that ancient vice, the tuck between cheek and gum of chewing tobacco, and the concomitant stream of noxious brown liquor that accompanies this rebarbative habit.