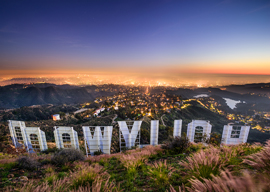 I’m not going to say I called it, but I kinda did. Back in April, I wrote about the growing ease with which a woman can take down her male boss or colleague by alleging some manner of sexual impropriety. “In the current year, it’s the men who need the chaperones,” I wrote.

As canny as I like to think I am, even I couldn’t have foreseen the events of the past few months. Hollywood has become a killing field, a huge mass grave filled with the bullet-riddled careers of men felled by allegations of sexual assault or harassment. Not a day goes by that the name of yet another male actor, writer, or exec isn’t added to the list of the deceased. This “Harassocaust” has resulted in many humorous ironies. Two weeks ago, feminist TV producer Jill Soloway (of Amazon’s tranny comedy Transparent) cheered the downfall of dick-dangling funnyman Louis C.K., whom Soloway had previously criticized for being “transphobic.” Much to Soloway’s delight, C.K. lost his TV show. Barely a day later, Soloway found her own show in jeopardy after a tranny accused Transparent star Jeffrey Tambor of sexual misconduct. In another instance of unscripted comedy, within hours of concluding his interrogation of U.S. Senate candidate Roy “Short Eyes” Moore over claims of sexual harassment and assault, bad comedian and worse senator Al Franken found himself smack-dab in the middle of his own sexual-harassment and assault scandal.

Actor Richard Dreyfuss praised his son for coming forward about having been groped by Kevin Spacey, only to himself be accused of indecent exposure by his former personal assistant. Unlanced boil Lena Dunham proudly proclaimed that women never lie about rape, only to immediately accuse a woman of lying about rape when the target of the accusation was Dunham’s close friend.

This is comedy at its finest.

“It’s not just about the ‘touching’; it’s about feeling silenced and suppressed by a cruel and vindictive industry.”

In my April column, I focused on the question of veracity; actual incidents vs. agenda-driven falsehoods. I was wrong to frame the controversy that way. Truth vs. lie isn’t really the issue anymore. Personally, I’m inclined to believe the majority of the accusations that have been made over the past few months. For years I’ve heard the stories about C.K., Spacey, and Weinstein, and I’ve heard them from people in the industry I trust (I even referenced C.K. in my April piece). I think any debate over true vs. false has been replaced by a different one: What elevates a “transgression” to the level of career-killer? The vibe in the entertainment industry right now is vengeful. Women in Hollywood are angry (in many cases, justifiably), and the men are eager to prove that not only are they not all molesters, but hey—we’ve finally learned to listen to women! No one’s in the mood for reflection, and that’s always dangerous, in any situation.

There’s no debate (or at least there shouldn’t be) that rape and child molestation are grounds for a lifetime ban from any industry (not to mention a lengthy prison sentence). Pervy behavior like C.K.’s public masturbation is flat-out revolting and indicative of a sick mind, even if, as I’m sure C.K. told himself many times, it’s technically “victimless” in terms of “no physical contact.” A few of the recent Hollywood allegations have involved rude comments. Boorishness alone is not assault. A boss who is rude to his female employees on a regular basis has created a hostile work environment, and that’s something everyone should oppose. But what about a few odd rude comments at a party, or on set? Rudeness is a character flaw, not a crime (and, I would argue, not an unforgivable sin).

And then there’s touching. A good amount of the Hollywood allegations have involved “unwanted touching.” Here’s where things start to get a little gray for me. I’m talking touching without any accompanying real or implied threat. Touching that neither stokes fear nor causes physical harm. TV icon James Garner hated unwanted touching. Any unwanted touching. He would honest-to-God punch a friend in the face just for patting him on the shoulder (a 2011 review of Garner’s autobiography concluded, “Garner has decked a lot of people over the years”). Me? Hell, in my years as a Hollywood Republican event organizer, I was backslapped and glad-handed more times than I can recall. It never fazed me. Back in January, I wrote about the time my far-left, Trump-hating TV network exec friend tried to pin me down and force himself on me when we were 16. I fought him off, and, as adults, we reconnected as friends, because I suffered no trauma from what transpired. It wasn’t fun as it was happening, but afterwards, it became a big joke to me—one I’d tell any friend who’d listen. I think the near-boning, and my ability to laugh it off, has hardened my attitude toward some of the people making “unwanted touching” allegations against Hollywood big shots today. But am I being fair? Or am I missing something?

One of the men who came forward regarding Kevin Spacey’s lecherousness is filmmaker Tony Montana (yes, real people do have that name). Montana’s story has been widely covered in the press, and he’s been interviewed everywhere from Nightline and Entertainment Tonight to Fox News and Megyn Kelly. Montana’s a young, good-looking straight guy, and in 2003, he was ordering a drink at an L.A. bar when an intoxicated Spacey abruptly nuzzled up to him, asking if he wanted to get laid. Spacey then forcefully grabbed Montana’s genitals while telling him “this designates ownership.” Montana peeled Spacey’s thumb back to loosen his grip. He removed Spacey’s hand from his package and walked away. Spacey followed Montana into the bathroom and further propositioned him, nearly collapsing from intoxication. Montana helped Spacey to his feet and ushered him out of the restroom. He approached the rest of Spacey’s party and told them they needed to “take their boy home.”

In the interviews he’s given, Montana has spoken of the psychological impact of the incident. How it’s haunted him, how he’s sought therapy. I have to admit, I was skeptical. Not that it happened, but that it could have had any lingering psychological effects. But then again, I thought, perhaps I was downplaying the seriousness of the matter. Fortunately for me, Tony Montana is a good friend of mine. His 2003 documentary film Overnight is a movie that, ironically, deals with Harvey Weinstein, and it’s the finest documentary ever made about the abattoir that is Tinseltown. I could not recommend it highly enough.