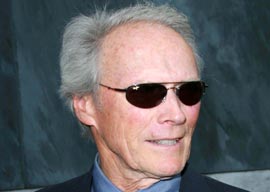 Clint Eastwood’s Iraq war drama, American Sniper, reminds me that the central frustration of being a film critic is that there isn”t much opportunity to be a tastemaker, because it’s pretty obvious to most everybody whether a film works or not. If you have to explain why a movie works, then it doesn”t.

For example, the highest grossing movie of 2014 was Guardians of the Galaxy, a comic book sci-fi comedy starring Chris Pratt that won audiences over in its first scene and stayed in the groove the rest of the way.

Now, they don”t give Best Picture Oscar nominations to comic book sci-fi comedies”summer blockbusters subsidize the kind of movies that might win. But consider the Best Picture nominee The Grand Budapest Hotel, a very silly Wes Anderson tribute to Viennese pastries. Or something. Nobody has much of a clue what the movie means.

Or it was until American Sniper blew past the Best Picture field with $105 million over the four-day weekend, setting a record for a movie going into wide release in January. (For reasons that nobody can quite explain, it has been universally assumed that people would much rather spend weekend afternoons indoors at the movie theater in May and June than in January and February. But as I”ve suggested before, perhaps that’s not a law of nature.)

“Leave it to Eastwood to figure out that the easy way to make an effective trailer is not to mash up all your explosion shots, but to just reuse your most gripping scene, leaving potential ticket buyers wondering: What happens next?”

Since the Eastwood-directed Mystic River and Million Dollar Baby won numerous Oscars in 2003-2004, Clint had been the Republican Woody Allen, a senior filmmaker whose movies got lavish Oscar respect.

The auteur theory of directing holds that filmmaking is one man’s titanic struggle to create Art. Not surprisingly, the idea was made up by young critics who really wanted to direct, such as FranÃ§ois Truffaut and Jean-Luc Godard.

The Eastwood theory of directing, by contrast, is that you find a decent script, hire movie stars who are also good actors, don”t waste too much time or money on how the movie will look, point the camera in the right direction, don”t make your cast do too many takes, and maybe you”ll get lucky.

Or maybe not. The four movies Eastwood directed following his 2008 hit Gran Torino, such as Hereafter and J. Edgar, were ho-hum affairs that would exemplify forgettable movies that don”t quite work, assuming anybody could remember them.

And Clint will turn 85 in May, so the likelihood that he”d make another terrific movie seemed small. Directing actually is hard work, and thus Hollywood tends to put famous directors out to pasture fairly young.

Granted, John Huston, whom Eastwood played in White Hunter Black Heart as a director obsessed with shooting a bull elephant, enjoyed a late-in-life resurgence after frittering away what should have been his prime on blood sports. But Huston is more the exception. Stanley Donen, who directed Singin” in the Rain over 60 years ago, is only a half-decade older than Eastwood. But he hasn”t directed a theatrical film in 30 years. Ridley Scott is working furiously at 77, but he needs next fall’s hard science fiction film The Martian to be a hit.

So after a near-decade of Eastwood’s movies being a little overrated, nobody was expecting too much from American Sniper, a mid-budget drama based on the memoir of the late Navy SEAL Chris Kyle. Steven Spielberg, a passionate skeet shooter, had been developing American Sniper, but when Warner Brothers wouldn”t OK a lavish budget, he passed it on to the skinflint Eastwood.

Clint’s movie just works, beginning with the now famous opening scene used in the trailer. Leave it to Eastwood to figure out that the easy way to make an effective trailer is not to mash up all your explosion shots, but to just reuse your most gripping scene, leaving potential ticket buyers wondering: What happens next?

There’s not much plot to the movie, other than Spielberg’s idea of an insurgent who is an Olympic gold medal marksman, to serve, as Walter Sobchak would say, as the worthy adversary. (In reality, Arabs are the prototypical “spray and pray“ shooters. All the Arab countries combined won only four of the 774 shooting medals awarded at the last Olympics.) This antagonist is made a visiting Al-Qaeda jihadist from Syria rather than a native Iraqi, to get around the problem of “Because we live here” (to quote John Milius’s Red Dawn).

But American Sniper is carried by Bradley Cooper’s star turn as one of the rough men who let the rest of us sleep peacefully in our beds at night because they stand ready to do violence on our behalf, a sentiment that conservative film critic Richard Grenier attributed to George Orwell in 1993.