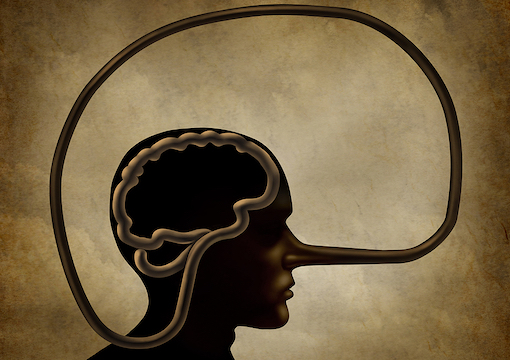 There’s a pleasure in the downfall of sages, gurus, and moralists that is, unfortunately, part of the makeup of Man. Those whom we delight to place on a pedestal we delight equally to pull down. When a stern reader of lessons to humanity is found egregiously to have broken the very lessons that he has read the rest of us, we feel a sense of relief. He is just like us after all; we therefore need to feel a little less ashamed of our own conduct.

I doubt, then, that anyone who read of the current scandal concerning the research into human dishonesty by Dan Ariely of Duke University will not have taken some slightly shamefaced pleasure in it. Some of his research into dishonesty has proved to be dishonest: what, in fact, one might call meta-dishonest.

The precise role of Professor Ariely in the fabrication of data is not yet certain. He might himself have been a victim of someone else’s malfeasance, though this would not be most people’s favored explanation. They would much prefer the downfall of a man who has hitherto bestridden the world with his best-sellers such as The Honest Truth About Dishonesty. As the French say, le patron mange ici.

In 2012, Professor Ariely and colleagues published a paper suggesting that if a declaration of honesty were placed at the head of a questionnaire rather than at the bottom (as was then the common practice), people would answer it more honestly. This finding was taken up by many organizations, but it turns out that the results upon which the conclusion was founded were works of fiction.

The questionnaire asked the number of miles per year that the respondents drive. This is a question that interests insurance companies because, roughly speaking, the more miles a person drives, the more likely he is to have an accident (I suspect that those who drive very little are also accident-prone, but let us not muddy the waters). The insurance premiums paid by drivers should therefore take into account the number of miles that they drive each year.

One of the proofs that the research was fraudulent was that the distribution of drivers according to the numbers of miles they drove a year was near to impossible. In all previous surveys, there was a bell curve of the number of miles driven each year: A few people drive very few miles, a few drive huge numbers of miles, most fall in between the extremes in the pleasantly shaped curve with which we are now all familiar (though we had hardly heard of it forty years ago). But in Professor Ariely’s paper, there was no such curve: As many people had driven either very little or an enormous amount as had driven an average amount. Statistically speaking, this is about as likely as that omelets will reconstitute themselves as eggs.

It took eight years for anyone to spot the fraudulence buried in the data, so presumably it did not make itself obvious even to statistically sophisticated readers, who must have been many. This raises an interesting question that I cannot answer: Why did the people who analyzed the data years later choose this particular paper among many thousands of others to examine more closely? Was it by chance, or did they have a tip-off or some prima facie reason for supposing that the research was bogus?

The supposed finding that people answered more honestly if they were asked to sign a declaration of honesty at the beginning rather than at the end of a questionnaire has an initial plausibility, but when the experiment was repeated (including by the original researchers, which suggests that they themselves might have been the victims of the dishonesty of others), the results were not confirmed.

Actually, there are good reasons for thinking that to sign a declaration of honesty before one knows what it is that one is going to be asked must itself be of doubtful honesty, for surely there are questions that most of us would never answer honestly, and that we know that we would never answer honestly. We all (I assume) have secrets that we do not wish to reveal, even anonymously. We all (I assume) go to our graves with secrets in our hearts that will never be revealed.

Which brings me to the question of the honesty of insurance companies, with which I have not on the whole been unduly impressed. Indeed, I have often wondered who is the more dishonest, the insurance companies or their clientele.

Recently, my wife and I had to report an attempted break-in to our car in France to the police. It was damaged in the attempt, and we thought of claiming the repair on our insurance. (Its cost turned out to be marginally above the excess on our policy, so that to have claimed the difference would have been disadvantageous for us because our premium the next year would have risen by more than the amount we would have claimed. This is not straightforwardly honest or plain-dealing.)

When we had finished reporting the damage to the police, they said to us, “Is that all?” We asked them what they meant. Well, they said, most people exaggerate the damage so that they can get the rest of the car repaired on the insurance at the same time. We suddenly felt very naive—babes in the wood, in fact—for having spoken the truth, the whole truth, and nothing but the truth.

This was all the more strange because we knew that insurance companies are not honest themselves. On the two occasions in the past thirty years when we have made a claim, also with perfect honesty, the insurance companies tried to swindle us by not meeting our claims in full. I assume that this was because they assumed that we were lying, no doubt an actuarially accurate assumption, but not justified in our case. Besides, what were false claims to them? They would recover their money from their clients, plus 5 percent, by increasing their premiums.