Hope for the Luddites 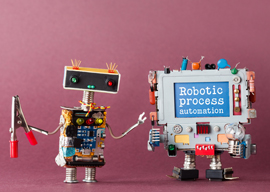 Mark that one presidential promise unmet.

The much-celebrated deal hatched between the incoming Trump administration and air conditioner manufacturer Carrier has fallen through. Last December, Trump put his famed negotiating skills to work to forestall the laying off of hundreds of employees from an Indianapolis plant.

Starting next month, 730 plant positions will be shipped down to Mexico, the graveyard of American jobs. The tax incentives given to Carrier in exchange for maintaining native workers were used to cover the cost of automating the plant.

As many as a thousand employees will keep their job, but the damage, morale and otherwise, is done.

For free-market enthusiasts, this is all well and good. In a recent Washington Post column, august observer George Will spots the contradiction of a digitally dynamic America led by a man with a schmaltzy view of the country’s manufacturing past. Busybodies in the nation’s major business metropolises welcome the turmoil engendered by nonstop innovation. The middle and working class want a moment to catch their breath between capitalism’s grinding gears.

The problem with disruption is that it’s “never restful,” Will writes, “and the United States now faces a decision unique in its history: Is it tired”tired of the turmoil of creative destruction?”

“An occupation is a small but crucial part of what makes a person whole.”

Will, as a columnist situated comfortably on the shores of the Potomac, welcomes our “fast-unfolding future.” In his view, “America is too young to flinch from the frictions.”

It’s awfully easy for someone of Will’s stature to take such a position. The sesquipedalian scribbler’s life has been one of privilege, insulated from the vagaries of markets. His father was a philosophy professor at the University of Illinois. He has spent his career between university teaching posts and writing for major publications. If Will has ever had to pay bills with a check earned through exacting labor, he doesn”t make that fact widely known.

Will’s profession is protected from the technological revolution that threatens to overtake what we still consider “work.” In that sense, he is much like the proponents of mass immigration who demand diversity from behind homogeneous, closed-walled communities; his proposition would benefit him personally at very minimal cost.

George Mason University professor Tyler Cowen shares Will’s view, but is more sympathetic to the workers displaced by the unquenchable thirst for innovation. In a recent Bloomberg column, Cowen recognizes that the forces of displacement that whirled through the West during the Industrial Revolution were a boon to two things: economic growth and political disillusionment.

The great migration from a largely agrarian economy to one focused on manufacturing brought with it instability, wage fluctuation, and unpredictability. “Western economies later turned to variants of the social welfare state, but along the way the intellectual currents of the 19th century produced a lot of overreaction in other, more destructive directions,” Cowen explains. “The ideas of Marx fed into the movements behind the Soviet Union, Communist China and the Khmer Rouge.”

But had communism ushered in a post-scarcity world where labor was a thing of the past, the feeling of listlessness would remain. Work gives man purpose and identity. When a machine swallows up a person’s chance at crafting their own livelihood, something is lost in the process.

Writing on the rise of the Luddites, the 19th-century workers” movement that destroyed textile machinery in Britain to preserve needlework jobs, Thomas Pynchon described widespread technological anxiety as not just fear of “the ability of each machine to put a certain number of humans out of work” but really of a machine “to be “worth” that many human souls.”