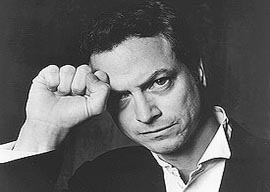 I”m writing my weekly column the evening before Election Day for you to read starting an hour after the polls close on the West Coast. As you may have noticed, I”ve strenuously avoided making any election predictions, and I”m definitely not going to start now.

So, let’s reflect instead upon the seldom-mentioned oddness of Barack Obama running for re-election as the Feminist Avenger obsessed with halting the Republican War on Women, when Obama is among the least feminist Democratic politicians out there.

Obama’s appointment of the feminists” bÃªte noire Larry Summers as his chief economic adviser after the 2008 election was hardly an anomaly. Not surprisingly, women in the Obama Administration felt excluded in the West Wing’s boy’s club atmosphere. Christina Romer and Co. wound up having to sit Obama down and threaten to make a public stink over how Obama’s favorite bullyboys were intimidating the ladies.

The major exception in the White House has been Valerie Jarrett, but Obama likes her less for her sex than for her race, class, and similarly exotic biography. Also, as his wife’s old boss from the Daley Administration, Jarrett’s West Wing clout reassures the suspicious but slightly clueless First Lady.

By the way, has anybody noticed through the Comedy Blockade that the Obamas” marital relationship rather curiously resembles that of old-fashioned radio comedies like The Bickersons, TV shows such as The Honeymooners and The Flintstones, or cartoon strips like The Lockhorns, in which the purported man of the house is in perpetual fear of upsetting his nagging helpmate, requiring him to sneak off for frequent rounds of relaxing golf?

“Neither is a big man, but Sinise looks like he lifts weights.”

Obama has never taken white feminists seriously. The only bit of feminist boilerplate I noticed in Obama’s 150,000-word memoir was a single clause within a long sentence. Indeed, resentment of his working mother and grandmother is a constant theme running through his pointedly entitled Dreams from My Father. You can tell how un-African-American Obama is by upbringing from his passive-aggressive sniping at his mother and grandmother, something that a normal black man just wouldn”t do.

Over the years, Obama’s treatment of his pioneering female bank executive grandmother, who paid for the bulk of his posh education, has been noteworthy in its nastiness. In his celebrated 2008 Philadelphia speech, for instance, he compared her to Rev. Jeremiah Wright over her supposed racism for wanting a ride to work because she feared being mugged by a black drifter who had been hassling her at the bus stop. This hurt the strapping youth’s feelings. Over a decade later in his memoir, he described the emotional impact on himself of his grandmother’s worries about her safety as a “fist in my stomach.”

In 2011, Obama took the opportunity of his one meeting with biographer David Maraniss to call attention to his grandmother’s “alcoholism” (see p. 287 of Barack Obama: The Story.) Thanks, Mr. President, glad you pointed that out for us so we can remember her that way. Classy.

Still, the Obama campaign found it in their self-interest to unleash the Feminist Fury of 2012. I particularly liked Slate’s doggedly obedient compendium of complaints about shortages of women in ever more implausible fields, which climaxed with the curiously named Matthew J.X. Malady’s September 28th article about the pressing issue of gender inequality in the ranks of football coaches: “Sidelined: Why are there still no women coaching men’s sports? And why don”t we care?“

It was all pretty funny, but it was also depressing because the steady decline of feminism until this year has been our one solid example that the human race can still make intellectual progress in the 21st Century against the prevailing taboos. When friends despaired, I would cheer them up by pointing out that at least almost nobody believes in feminism anymore the way they did during the Anita Hill brouhaha of 1991, back when aggrieved feminist dim bulbs like Susan Faludi and Naomi Wolfe were treated as giants of human thought.

In reality, the vaunted gender gap in voting behavior is fairly small compared to the huge marriage gap. Why? Because as Henry Kissinger liked to say, in the battle between the sexes, there will never be a final victor because there’s too much fraternizing with the enemy.