Hotel Rooms in the Time of Corona 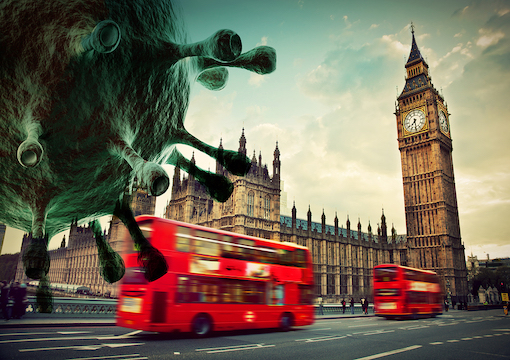 I will say this for the coronavirus, that it has caused the prices of hotel rooms in London to fall precipitously. Normally when I stay there, I have to put up in semi-sleazy hotels in degentrified quarters of the city, but recently I was able, thanks to the coronavirus, to stay somewhere more salubrious. A room that would normally have cost more than $400 was to be had for somewhat less than $100.

I have grown so used to semi-sleaziness that I have come quite to like it, to feel comfortable in its midst, as I suppose a bug feels comfortable in a nice warm bed. When I was a young man, however, I liked grand establishments. I liked that the flunkies who stood around with seemingly nothing to do except bow and scrape and wish me the time of day as I passed with an obsequious smile propped up my fragile sense of self-esteem, though I always suspected that they might be laughing at me behind my back. When someone is obsequious toward you, it flatters you and you like to think that such devotion to your person is your due, thanks to your intrinsic merit, though you know in reality that you are no better and no more important than he. A flunky, then, should recall you to humility.

It often seems as if flunkydom is now the condition of half of mankind. Perhaps it always was; after all, Alexander Pope composed his rhyming couplet more than a quarter of a millennium ago:

I am his Highness’s dog at Kew,
Pray tell me, sir, whose dog are you?

Everyone is somebody’s flunky.

On the train to London, there were no signs of public panic, no signs of awareness that we were on the cusp of a disaster, financial and social. No one wore a mask, no one spoke of it. I had to ask a woman to speak less loudly about her business affairs so that I could get on with my reading. “I’m only talking,” she said. “But very loudly,” I said, “I can hear everything you say from the other end of the carriage.” “I have a penetrating voice,” she said. “That is what I am complaining of,” I said.

“I still can’t make up my mind whether we are over- or underreacting to the epidemic.”

It is curious how often people mistake a repetition of an accusation for its refutation. It is curious also that in restaurants, particularly in the English-speaking world, there is nearly always one woman with a penetrating voice—not loud, necessarily, but penetrating.

The ticket inspector came and my wife showed him our tickets.

“Them’s for the return journey,” he said. He pointed to some others in my wife’s hand. ‘”Them’s the good’uns.”

He was so cheerful and jolly, so happy in his work, that he lifted our spirits. Intellectuals are apt to suppose that people who do relatively simple or routine work must be wretched and full of resentment at their lowly status, and when they express this view in public, by writing or in the media, they provoke and then stoke the very resentment that they suppose, falsely, must already exist. They project their own feelings onto others, and then tutor them to be more like themselves.

The archetypical routine work that intellectuals cite as the horrible fate awaiting those who do not succeed at school either because of their own or the school’s deficiencies is the checkout till in a supermarket. This is to the school failure—particularly female—what the prison cell is to the murderer. It is the sword of Damocles that hangs over those who have no skills. And yet I think that the work, which is surely destined to disappear in the near future because of new technology, is far from without its interest.

What people choose in supermarkets is, to me, fascinating: Show me a person’s supermarket trolley and I will tell you what he or she is. You have your slatterns and your epicures, your penny-pinchers and your spendthrifts, your people with precise lists and those (mostly men) who hope for inspiration as they walk down the aisles. I am not saying that it is work that I should wish to do for the rest of my life or for years on end, but I certainly shouldn’t mind a few months of it. There are far worse fates in human existence. There is no reason to be condescending toward, or about, those who man the supermarket checkout tills.

I walked down Bond Street when I arrived in London. I am not an egalitarian, but I was appalled by the tasteless vulgarity of most of the luxury shops. It is the function of the rich to have good taste, but to judge by these shops, few of them had it. And I noticed that most of the shops had the equivalent of nightclub bouncers at the door, young square-jawed men of Neanderthal aspect dressed in black suits and spoiling for a fight. None of them wore masks to ward off the coronavirus. You mustn’t frighten the horses, that is to say the customers, by suggesting that they, like everyone else, are susceptible to infection, illness, and death.

I still can’t make up my mind whether we are over- or underreacting to the epidemic. I, like others, are prey to many doubts. In the absence of knowledge of the prevalence of asymptomatic cases, how can we know its true death rate? Is the infection contagious before it manifests itself clinically, in which case isolation short of universal will not entirely contain its spread? Have some of the dead—at least, those even more elderly than myself—died with the infection rather than of it? Is this winter epidemic worse in point of mortality than other winter epidemics? If the figures from China are to be believed, the epidemic there is on the wane and has so far killed fewer people than the deaths attributed to a “normal” flu epidemic in Britain alone, with a population one-twentieth the size. Have the measures so far taken saved countless lives? Or are my questions just a manifestation of blindness caused by wishful thinking, which is a distinct possibility?

Underreaction would be fatal. Overreaction could be disastrous. I advocate getting things just right.