How Dare You Volunteer! 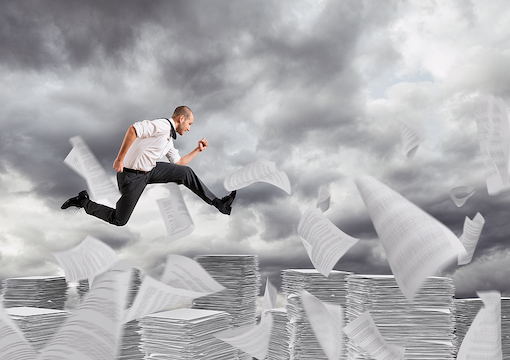 In the days of my childhood, there was a peculiar annual cricket match called Gentlemen vs. Players. The Gentlemen were cricketers who played at the highest level but who were unpaid for doing so, they being well-born and having an income from elsewhere; the Players were professionals of the highest caliber, of more proletarian origin, who depended for their living on their not very large salaries from playing the game.

I do not know this for certain, but I suspect that there was more than mere sporting rivalry between the two teams, selected from the best of both categories of players. People who are forced by circumstances to earn their living—the great majority of people in the world—generally harbor resentment toward those who don’t, even when they try to control or hide it, which they rarely succeed in doing entirely. Resentment, after all, springs eternal.

The annual match ceased to be played. Its very name was offensive to the new egalitarian sensibility, besides which there were ever fewer gentlemen with private incomes who could afford to spend half their lives on unremunerated activity. Even the very rich now feel a psychological or social pressure to do something for money, even without any economic imperative. I leave it to others to decide whether the disappearance of a leisure class is a good or a bad thing, though viscerally I feel that, overall, it is bad, inasmuch as a leisure class is able in theory to devote itself to the higher activities of a civilization. When the rich (of whom there are more than ever) involve themselves nowadays in conspicuous consumption, it is usually in bad taste. Good taste requires discipline and knowledge, which few are either able or prepared to exercise or acquire.

Amateurism is often confused with amateurishness, partly because people are now impatient of fine linguistic discriminations. But there is a reason other than the sheer oversimplification of our vocabulary of the kind that has resulted in the loss of the distinction between the words uninterested and disinterested, the former’s meaning having swallowed the latter’s as a larger company takes over a smaller.

The reason is this: that the more that activities, particularly managerial, are professionalized, the more amateurs—that is to say, people who do things for their own sake, for the sheer enjoyment of them, or for the public good—are decried and, even more, feared. People whose career depends on doing nothing useful for high pay have much to fear from those who do something useful for nothing.

This, surely, explains why, in Britain, bureaucratic obstacles have been placed in the way of retired doctors and nurses who are willing, able, and eager to help immunize tens of millions of people against Covid, now that vaccines have become available. On the supposition that they work as advertised, it is obviously of the highest national importance that as many people as possible should be immunized as quickly as possible, the development of herd immunity requiring that about 70 percent of people should be immune. In one respect, the conditions are propitious: The British, for whatever reason, are less mistrustful of immunization than some other peoples—the French, for example, who are the most mistrustful of it of all Western nations, and the most given to conspiracy theories.

So you might think that the willingness of tens of thousands of retired doctors and nurses to volunteer for a return to duty for no pay would be universally welcome—but you would be mistaken. Far from welcoming them, the bureaucracy is placing so many obstacles in their path that many of them have reportedly given up on their own good intentions. In order to help with the rather simple task of immunizing people, which is well within their capacity, they have been presented with a form of intimidating length to fill in, requiring of them absurd quantities of irrelevant documentation, some of it difficult for them to furnish. It is as if immunization were as complex a practical procedure as advanced brain surgery.

Is this obstructionism a manifestation of stupidity or malice (of course, the two are not strictly incompatible, malice often lending a certain cunning to stupidity)? I have every respect for the stupidity of British—as of other—bureaucrats, but I think stupidity alone does not quite cover the case. The fact is that, at some level of consciousness, the bureaucracy realizes that a vast national campaign using volunteers is an existential threat to their careers. If much can be achieved for nothing, why is so little so often achieved for so much? Who knows where things might end if voluntarism were allowed to achieve something? Social solidarity might increase without the intermediary of the state to inhibit it, and that would be a terrible disaster that has at all costs to be headed off.

What is almost equally striking is that, in a vast bureaucratic apparatus, there is nobody with either the authority or the intelligence to halt the absurdity. One often thinks in this connection of a giant tanker whose course cannot be altered as it approaches the rocks, but in a way the situation is worse than that: For at least there is a denouement, even a very bad one, when a tanker founders. The foundering when a bureaucracy is at the helm can last for decades.

Be that as it may, the fact is that even if an intelligent person in authority were to try to do something to put an end to the idiocy, he would soon be defeated by the unintelligent, for in any large bureaucracy it is unintelligence, at least in the absence of an end other than the very institutional survival that protects careers and guarantees pensions, that emerges triumphant. Stupidity multiplies unnecessary procedure, intelligence decreases it; therefore stupidity is the more functional from the bureaucratic point of view. One way of defeating intelligence and benevolent intention was long ago discovered and summarized by the Spanish colonial administrator who received his orders from Madrid: Obedezco, pero no cumplo. I obey, but I do not fulfill.

I realize, of course, that no bureaucrat would ever admit to any such phenomena: His obstructionism comes so naturally to him that it is as riding a bicycle to a bicyclist. He is a true professional.