How Do We Flatten the Curve on Panic? 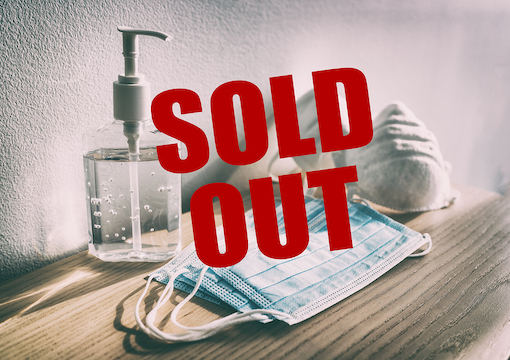 If, as the evidence suggests, the Chinese virus is enormously dangerous to people with certain medical conditions and those over 70 years old, but a much smaller danger to those under 70, then shutting down the entire country indefinitely is probably a bad idea.

What mayor, governor or president will be willing to take the blame for causing a coronavirus death?

We’ll get no BREAKING NEWS alerts for the regular flu deaths (so far this season, more than 23,000, compared to 533 from the coronavirus).

Nor for the more than 3,000 people who die every day of heart disease or cancer. No alerts for the hundreds who die each day from car accidents, illegal aliens and suicide.

Only coronavirus deaths are considered newsworthy.

We’re told by the “Quarantine Everybody” crowd: Listen to the scientists! Unfortunately, most of the “scientists” they present to us are lawyers. (How did Robert Reich, Donna Shalala and Ron Klain become medical professionals?)

Just as, I assume, they did in 1976, when epidemiologists warned of another 1918 Spanish flu pandemic after a few young Army recruits died of swine flu at Fort Dix in New Jersey. Eight months later, the federal government launched a mandatory swine flu vaccination program.

About a quarter of the country was vaccinated before the program was abruptly shut down. No pandemic had materialized. The virus infected a few people, then vanished. But directly as a result of receiving the vaccine, dozens of Americans died and several hundred acquired Guillain-Barre syndrome.

The scientists also disagreed in the 1980s, when the media and government went into overdrive to scare us all about AIDS. (1985 Life magazine cover: “NOW, NO ONE IS SAFE FROM AIDS.”)

Surgeon General C. Everett Koop — as revered by the media then as Anthony Fauci is today — lied about the disease, insisting that “[h]eterosexual persons are increasingly at risk.”

“Only coronavirus deaths are considered newsworthy.”

Speaking of which, here’s liberal sex symbol Fauci on AIDS back in 1983, when he was with the National Institute of Allergy and Infectious Diseases, but not yet its director: “As the months go by, we see more and more groups. AIDS is creeping out of well-defined epidemiological confines.” (It didn’t.)

In 1987, Fauci warned that French kissing might transmit the AIDS virus, saying, “Health officials have to presume that it is possible to transmit the virus by exchange of saliva in deep kissing. That presumption is made to be extra safe.”

By 1992, after a decade-long epidemic with more than a million infections, the Centers for Disease Control could find only 2,391 cases of AIDS transmission by white heterosexuals — and that included hemophiliacs and blood transfusion patients. (“White” because AIDS cases among Haitian and African immigrants had a variety of causes.)

But teenagers and sorority girls had to spend years being frightened of kissing lest they catch the AIDS virus, just as today they’re afraid of leaving their homes to avoid a virus that, in Italy, has killed no one under 30 years old and precious few under 50.

We have to be “extra safe.”

Both the No French Kissing rule and Quarantine Everybody rule are perfectly rational positions for an epidemiologist to take. That’s why we need to listen to people other than epidemiologists.

How about the doctors who keep pointing out that the coronavirus is mainly a problem for people over 70 and those with specific health problems?

The president should listen to experts in other fields, too. A country is more than an economy, but it’s also more than a virus.

If we listened only to emergency room doctors, we might come away convinced that we have to completely ban cars, alcohol and gummy bears. (Don’t ask.) While taking a torts class in law school, I was afraid to sit under a chandelier, order a flaming dessert or stand at a train stop.

Playwright Arthur Miller once told a story about a geologist who remarked that life was possible even in the vast American desert. All you needed was water, he said, and the largest reservoir on the globe was located right under the Rockies.

But how would he get it?

But what about the fallout?

Today, the epidemiologists are prepared to nuke the entire American economy to kill a virus.

What about the jobs, the suicides, the heart attacks, the lost careers, the destruction of America’s wealth?

Oh, that’s not my field.