How CVS Invaded My Brain 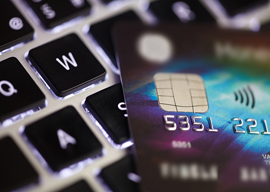 NEW YORK”There’s some guy at the world headquarters of CVS drugstores screwing with me.

I don”t know who he is yet, but he lives in Woonsocket, Rhode Island. This is where CVS Health, the largest drugstore chainin the history of drugstores, has its main offices, and where a designated marketing jerk chews on the nub of a pencil and thinks all day about how many coupons he can string onto the bottom of my sales receipt.

I was thinking about this recently while having three hot dogs and a Dr. Pepper during the time it took to print out my receipt for two 6-ounce cans of Gillette Fusion ProGlide Two-in-One Shave Gel and Alpine Clean Skin Care. Why two cans of shave gel when one can is likely to last six months? And why the shave gel that has skin-care ingredients for a man who’s more likely to stick his head into a bowling-ball polisher than apply moisturizer to his face?

Because I had a coupon!

It was one of those faded, crinkly, jagged-edge coupons from a previous receipt, the kind that looks like a Peruvian lottery ticket that’s been laundered in your jeans pocket, but it clearly stated that if I purchased the Gillette Fusion ProGlide Two-in-One Shave Gel and Alpine Clean Skin Care instead of the more plebeian Gillette Foamy Original Shaving Cream (the word “original” inserted into the name to indicate that the only thing it does is make it possible to shave hair off your face), I would end up with a 25 percent discount since, if you did the math, the lower price of the GFOSC would be offset by the half-off-on-the-second-can of GFPTIOSGAACSC.

And so, of course, I did the math. I spent, probably, a full minute doing the math and staring at the truly baffling array of “Men’s Skin Care” products on a four-tiered shelving platform about fifteen yards long. There were, in fact, at least 40 different kinds of shaving cream, about half of them designated for “sensitive skin” (is the nation going through a psoriasis epidemic or something?) and many of them sounding so gay that I realized I must be shopping in one of the LGBTQ branches of CVS. Honeybee Gardens Herbal Aftershave for Men, anyone? How about Moon Maid Botanical ProAndro Men’s Wild Yam Cream? I don”t know what it is, or where you put it on your body, but I”m guessing it’s similar to smearing sweet potatoes on your private parts.

The reason it now takes four days to check out at CVS involves two recent drugstore developments. The first is that a guy in Woonsocket is profiling my purchasing behavior in order to figure out the last time I bought Mucinex, factor into that an algorithm that predicts the average number of cough, cold, and flu days for a man who also regularly buys the bargain-size bag of Jack Link’s Teriyaki Beef Jerky, then combine it with seasonal factors like the usual late-summer outbreak of canker sores in the Greater New York metropolitan area due to barbecue spices applied to undercooked beef at party houses on Fire Island. At some point during the computer analysis of my erratic micro-behavior and the macroeconomic presumptions about my demographic group (White Guys Who Never Buy Greeting Cards), a little digitized Electronic Midget (I picture him wearing a fedora, like an FBI agent from the “30s) suddenly erupts and says, “Get a load of this!”

The get-a-load-of-this moment comes when the computer has discovered some counterintuitive knowledge about consumer purchasing behavior that only CVS knows. Since CVS is a $154 billion company”bigger than AT&T, to use one convenient example”they know that (a) my shaving-cream can has just sputtered and died, (b) I”m a sucker for multi-can shaving-cream deals, and (c) I”m a candidate for earwax removal. See, it’s this third thing that CVS knows and nobody else does. Because my Big Data file is being regularly reviewed by 28-year-old marketing girls from the Wharton School of Finance who keep their HermÃ¨s purses in a home safe, and then my future buying choices are printed out in the form of paper receipts so long they have to be wound onto wooden dowels like the Dead Sea Scrolls. I look at the receipt and”bingo!“I think, “Wow, I wonder if I have earwax buildup. I think I”ll check out this Eustachian-tube cleanser over in the aisle where they sell back braces and geriatric meal-replacement fruit drinks.”

In other words, CVS has invaded my brain.

But it gets worse. The second reason it takes four days to check out at CVS is because they”re now forcing us to use that little computer chip on the credit card.

Once you stick the card into the card reader, you get this stern DO NOT REMOVE CARD message, as though, if you were stupid enough to pull the card out, there would be explosions at the National Security Agency and people would die.

I don”t use the NSA reference lightly”because, look, we”ve all been there, we”ve all stood there waiting for the computer chip to finish its business, and I”ll say it if no one else will:

Come on, we”re not stupid. We read the first 27 of Edward Snowden’s 348 news releases.

You know what they call that thing?

I went to eight or ten websites, including the website of my own bank, looking for an explanation of exactly which computer the EMV chip hooks up to and what kind of information goes back and forth during the digital conversation. What I wanted to know was, how come swiping a traditional credit card takes, like, two seconds, but sticking it in the checkout device results in terminal-to-terminal conversations worthy of teenage girls talking about Justin Bieber on a junior-varsity-cheerleader conference call?

All I was able to find out is that the card uses “dynamic authentication” as opposed to what we had before, “static identification.”

There are “dynamic values existing within the chip itself that, when verified by the point-of-sale device, ensure the authenticity of the card.”

Thank you so much, I”ll shut up now because you”ve used seventeen words and nine concepts impossible for the actual card user to understand.

When you drill down into why we need this, the answer is always “security.” “You”ll enjoy greater security,” they say. Really? I don”t think anyone enjoys security. They need to add a few vocabulary-building classes at the Wharton School.

But what they”re saying is that they”ll protect my card. No one can steal my money. But this is kind of beside the point, because my card is already protected. When those hackers stole 40 million cards from Target in 2013, nobody had to pay anything. (And by the way, nobody talks about this, but the hackers were never caught, making them probably the most successful credit-card hackers in history.)

So the first thing the banks should admit is that this is not about protecting us from the thief. We”re already protected. That’s our deal with the bank and the retailer, both of which want us to use the card. This is about the bank and the store saying, “We”ll make the guy stand there for two minutes so we don”t get hacked again.”

And it was definitely Target that wanted this more than anyone else. Target is the original Big Data marketer, with a system even more sophisticated than CVS because they sell everything CVS sells but they also sell clothing, furniture, and electronics. This means that if you get profiled as a repeat buyer of plus-size jeggings, they”ll eventually sell you a La-Z-Boy recliner. (Pardon the digression, but plus-size jeggings is a product that should be eradicated from the face of the earth. Nobody needs plus-size jeggings. That’s just rude.)

I still wanna know why the chip “authentication” takes so long and, more to the point, what it could be used for in the future that they maybe don”t use it for now.

My grandfather, a Texan who worked for the Katy Railroad and the Dallas troubleshooting division of International Telephone & Telegraph, was 30 years old when Franklin Roosevelt got the Social Security Act passed in 1935″and he refused to register. My grandmother begged him to go down to the post-office building on Bryan Street like everyone else and get his Social Security number, but he always said, “I”m not letting the government number me.”

“It’s just so they can keep track of your retirement money,” she would say.

And, of course, 81 years later, the Social Security number is such a universal means of profiling that, if you die before the age of 65, it’s never been used even once to send you money but used several thousand times for other things, most of which fall into the category of Keeping Tabs on This Guy.

That’s why I”m not entirely unsympathetic to the lunatic-fringe Christian websites that say the EMV chip is the Mark of the Beast.