How Donald Trump Can Save Africa 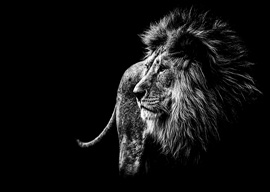 It’s been almost sixty years since Ghana became independent from Britain. The world celebrated as the sun began to set on the age of European imperialism. “African nationalism” in the form of Ghana’s Kwame Nkrumah entered the stage, and all cheered the breaking of a golden dawn bringing bright light to the “Dark Continent” as the colonial shackles were broken and “liberation” belatedly arrived.

Since then, some 200 coups or attempted coups have taken place, 25 heads of state have been assassinated, and roughly fifty wars have been fought. Despite multiple interventions, Africa remains the most corrupt continent by far, with Transparency International reporting that illicit transfers out of Africa far exceed the total value of all foreign aid to the continent (currently estimated at over $50 billion a year). Despite the fact that more than $1 trillion has been pumped into Africa, the most resource-rich continent on the planet remains by far the poorest. Sadly, the decolonization of Africa might go down as one of the greatest socioeconomic catastrophes in history.

The list of tyrants who have emerged is a long one. Jean-Bedel Bokassa, self-styled “Emperor” of the then-named “Central African Empire””repeatedly accused of cannibalism”bankrupted his country to pay for his coronation and was later convicted for having schoolchildren shot when they failed to buy uniforms from his wife.

“The most resource-rich continent on the planet remains by far the poorest.”

According to Transparency International, President Mobutu of what was then known as Zaire (now the Democratic Republic of the Congo) embezzled over $5 billion, making him one of the most corrupt leaders in history.

Obiang Nguema, who has plundered Equatorial Guinea since 1979, is rated by Forbes magazine to be one of the world’s wealthiest heads of state. A 2008 human rights report records abuses under him that include “unlawful killings by security forces; government sanctioned kidnappings; systematic torture of prisoners and detainees; life threatening conditions in prisons; arbitrary arrest, detention and incommunicado detention.” He too is reported to have a predilection for human flesh.

In August 2014 the U.S. Department of Justice announced the largest forfeiture in the department’s history when it returned $480 million to Nigeria. It was only a portion of what had been stolen by Gen. Sani Abacha, who held the presidency for six years starting in 1993.

Angola, which liberal reporters and economists often cite as proof of economic growth in Africa, is another family-run kleptocracy, with the president’s daughter Isabel reportedly worth $3 billion and the IMF reporting $32 billion in oil revenues as simply “missing.”

Sadly it is becoming messier, because of rank bad governance and the virtual absence of the rule of law, leaving human and property rights open to routine violation. The situation was well summed up by Liberia’s President Johnson Sirleaf. “Africa is not poor,” she said, “it is poorly managed.”

The continental collapse has never been more profound or the effects more pressing. European leaders, ever apologetic for committing the cardinal crime of being white along with a colonial history, remain on their knees, groveling in search of forgiveness. Their plan was, and remains, to throw money at the problem, but the more money they dump down a very large hole, the more broken people flee onto boats that now swarm across the Mediterranean. The Obama administration’s approach has been apathetic, if not pathetic.

Against this backdrop Donald Trump comes to power, having warned on the campaign trail that he intends to act aggressively and decisively against African despots and having named Uganda’s Museveni and Zimbabwe’s Mugabe as two individuals he has in his sights. This should come as welcome news to all who hope for better in Africa.

The first and possibly highest hurdle for the president-elect and the people he leads is an intangible one. For decades, effective African policy has been crippled by a long-lingering sense of guilt tied to slavery and accusations of exploitative behavior designed to enrich the greedy American capitalists. This narrative has been effectively drummed into the national psyche by the master propagandists of the mainstream media. They have been helped along by the copious flow of films out of Hollywood that villainize white America while stereotyping their African-American compatriots as the perpetual victims of entrenched racial abuse. The fact that America, despite no colonial “debt” to be settled, is by far the most generous benefactor with regard to Africa is barely ever mentioned.

Possibly the biggest misconception about Africans, also very effectively peddled by the mendacious MSM, is that they are antiwhite and anti-American. This is rubbish. They love Americans; they value the culture and they respect American power. Secure a tract of land, fly the Stars and Stripes, and watch the stampede. The Union flag is seen by the vast majority of Africans as a flag of hope, which is why every African dreams of migrating to America.