How Long Must Okinawans Wait? 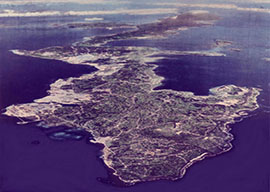 Washington officials continue to ignore the residents of Okinawa, a small island south of Japan. A poll from last summer revealed that over 70% of Okinawans want America’s Futenma military base relocated off the island entirely. Although Japanese Prime Minister Yukio Hatoyama had promised to thwart US efforts to relocate the base to another part of the island, he was forced to resign in June of last year after failing to persuade the Obama Administration.

Hatoyama, who studied engineering at Stanford, was no enemy of the United States. He met regularly with American officials and personally voiced his concerns about Futenma to President Obama and Secretary of State Hillary Clinton. His rapid rise in popularity reversed quickly when news came out about his administration’s financial scandals and when he failed to follow through with his promises to relocate Futenma outside Okinawa, if not outside Japan entirely.

Hatoyama insisted he would stake his career on the Futenma issue, and he did. His political career is over. The only high-ranking Japanese or South Korean leader who openly challenged Obama and his military plans for the region is now gone.

Hatoyama’s successor, Prime Minister Naoto Kan, sought to ease tensions over the Futenma issue that Obama and Hatoyama had supposedly resolved. In late December, he purportedly told Okinawa governor Hirokazu Nakaima”an anti-Futenma activist”that he wanted to lower taxes and promote tourism in Okinawa. He explained that Japan’s central government would implement subsidies and raise funds to assist Okinawa during her time of political unrest.

“Apparently lost on US military leaders is the irony of inviting an occupied people to partake in their occupier’s Independence Day festivities.”

On New Year’s Day, however, the Japanese government told Okinawans it would not entertain local residents” opinions about Futenma’s relocation. With this announcement, Kan, Japan’s fifth prime minister in four years, undermined his already waning popularity and called into question his ability to appease Okinawans.

Japan began discussions with South Korea last week to address a possible Japan-South Korea alliance to share military goods and services. The mere appearance of cooperation between these two nations could validate their leadership by giving the impression that America is not in charge. Both nations host US military facilities and have foreign-policy agendas that, in Asia at least, are in lockstep with Obama’s.

The hundreds of islands comprising the Okinawa Prefecture are not that close to the Japanese mainland. Okinawa Island is nearly 1000 miles from Tokyo. The Japan Self-Defense Forces (calling them a “military” is inaccurate since the Japanese Constitution forbids the use of military force) would likely be the first responders to any act of military aggression against Japan.

Although the US claims its presence in Okinawa deters conflict in Asia, it is just as likely that its presence provokes conflict. Despite the US military presence in Okinawa and nearby South Korea, Chinese submarines and warships have continued and will continue to harass the Japanese over the Senkaku Islands. North Korea will continue to harass South Korea and to lob missiles over Japan and into the Pacific. The US presence has not prevented these events from happening in the past, nor have US forces done anything that South Korean or Japanese forces could not do on their own.