How Many Jews Can Be Gassed on the Head of a Pin? 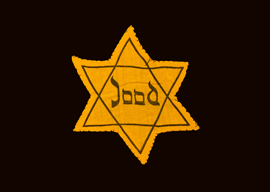 These days, when I get a Google News “ping” on my name, I shudder, because I know it’s not going to be good. Take last week, for example. My name was plastered all over the Jewish press due to a comment made on Reddit by Charles C. Johnson. Johnson is either a conservative investigative journalist web entrepreneur or a fake news white nationalist troll, depending on your point of view. This past January, the ostensibly Trump-connected Johnson conducted an “Ask Me Anything” (AMA) on Reddit. During the session, he was asked about the Holocaust and the “Jewish question.” He responded with this:

I do not and never have believed the six million figure which I think is still up for some historical debate. There were a number of sources that disputed the six million figure and I find myself in that camp reluctantly. Of course you can’t really discuss any of this stuff without being called a Holocaust denier which I am not. I think Jews were killed in the war, particularly in the Eastern occupied provinces. I think the Red Cross numbers of 250,000 dead in the camps from typhus are more realistic but I confess to having complicated views on the subject. I think the Allied bombings of Germany were a war crime. I agree with David Cole about Auschwitz and the gas chambers not being real.

The AMA received spotty attention in January. But last week, it was given new life when California Republican Rep. Dana Rohrabacher brought Johnson to a meeting on Capitol Hill with Sen. Rand Paul to discuss Julian Assange. “Republican Congressman Brought Holocaust Denier to Capitol Meeting,” screamed the Forward. “U.S. Representative Brings Holocaust Denier to Meeting on Capitol Hill,” wailed the ADL. A good dozen other Jewish sites found their own way to reword the same headline, and in every case, the evidence of Johnson’s “denial” was the fact that in his Reddit AMA he had invoked the name of (in the words of the ADL) “well-known Holocaust denier David Cole.”

If I’m a denier, Rep. Rohrabacher is a woman.

“We’re all born ignorant of history; the idiots are the ones who hear the truth and still cling to falsehoods.”

As further proof that God can interweave disparate plotlines better than the finest Hollywood screenwriters, the same week that Johnson’s AMA received renewed attention, Anthony “Mooch” Scaramucci thought it would be a dandy old idea to pin a poll to his recently launched “Scaramucci Post” media outlet asking readers to vote on how many Jews died during the Holocaust (Mooch’s judgment in poll questions is every bit as good as his ability to choose original website names). Before you could say “gabagool,” Mooch took the poll down, blaming the entire mess on an underling. But GOP pollster Frank Luntz reposted it on his Twitter page, explaining that there was no reason not to gauge the public’s level of knowledge regarding the Holocaust death toll.

And that “public knowledge level”? Somewhere between “crappy” and “really fucking crappy.” Forty-eight percent of the respondents voted for “less than 1 million” Jewish deaths, compared to only 40 percent for “more than 5 million.” Seven percent went for “between 2–3 million,” and 5 percent chose “between 1–2 million.”

In the space of one week, two Trump-connected guys, for two entirely different reasons, brought attention to the fact that there is a widespread belief, especially among the (*cough*) “based,” that under 1 million Jews died during the Holocaust. This is, of course, pure nonsense. It’s a lie that has been spread by deniers for decades. According to the story, the International Red Cross compiled a complete list of Jewish dead during the Holocaust, and that list totaled between 250,000 and 290,000. This falsehood has become more prevalent on social media than cat memes, and in light of the Johnson and Mooch stories, it deserves a good debunking.

First, a caveat. When I use the term “ignorant,” I’m not using it as an epithet. I don’t mean idiotic, but rather lacking knowledge. We’re all born ignorant of history; the idiots are the ones who hear the truth and still cling to falsehoods. So here’s the truth: The Red Cross has indeed published a postwar estimate of deaths—deaths of registered inmates in non-extermination camps. All of the camps on the Red Cross list were in Germany (I’m referring to Germany as defined by the Nazis’ redrawn wartime borders), with one exception, Majdanek. No one claims that the Nazis’ program of organized mass murder occurred in the West. The extermination camps were located in occupied Poland (officially referred to by the Germans as the Generalgouvernement), and the extermination ghettos (like Minsk) were located in the occupied East (the Ostland). The Red Cross meme is only effective because humans have grown ignorant of World War II; huge swaths of internet users read it without noticing the absence of any camps on or near the Eastern Front. If I were to show the average American a list of National League baseball teams and proclaim it to be the list of every baseball team in the U.S., most would probably notice the absence of American League teams. But show that same person the Red Cross list, and only a tiny percentage would be aware of the absence of camps like Treblinka, Sobibor, Belzec, and Chelmno.

Omit the Yankees from a list of baseball teams, folks will notice. But anti-Jewish nutjobs can get away with spreading falsehoods about the Red Cross concentration-camp figures because the average American has never heard of Treblinka. So an elementary-school-level recap is necessary: Germany fought a two-front war during WWII. Generally speaking, on the Western Front the Axis adhered to (or, perhaps more accurately, gave lip service to) the “civilized rules” of warfare. The Red Cross had some level of access to most of Germany’s Western labor and concentration camps. But in the East, the story was different. Germany never gave the Red Cross access to its Eastern camps and ghettos.

In 1942, Himmler commissioned a census of Jews from his statistician Richard Korherr. Himmler wanted to know how many Jews were dead, and how many remained. In early 1943, Korherr presented his finished report. He counted the Jews who had died due to “natural attrition,” and the ones who had emigrated. Separately, he listed 2.4 million Jews whom he classified as abgang—dispatched, disposed of, departed—via “special treatment” in the Eastern camps of the Generalgouvernement, and in the Ostland, where Korherr specifically listed them as fatalities (todesfällen). Korherr made clear that these Jews were gone from Europe, but not by emigration, and that they were “not in camps or ghettos.” Abgang…todesfällen. Korherr’s figures jibe perfectly with Goebbels’ March 27, 1942, diary entry in which he stated that 60 percent of Polish Jews, being unfit for work, would have to be “liquidated.”

In short, by early 1943, approximately 2.4 million Jews had been dispatched in the East. The deniers don’t dispute Korherr’s figures; they merely argue that rather than having been murdered, those Jews, pacified and under German control by 1942, just kinda magically vanished from under the Nazis’ noses. The deniers never bother to say where those Jews went. They couldn’t have escaped en masse to the Soviet Union, as over 3 million German soldiers on the Eastern Front would have been blocking their way (plus, odds are that if 2.4 million Jews escaped custody and rushed the Front in 1942, some Nazi would have, you know, mentioned it somewhere along the line). The question of what, if not death, happened to those “dispatched” Jews is the “phase II” of the deniers’ Underpants Gnomes profit plan; it’s just a big-ass question mark. But the bottom line is, whether one believes that those 2.4 million Jews were killed, or whether one believes that they were carried away by flying monkeys, everyone agrees that whatever happened to them happened in the Eastern territories, not in the West.