How to Pass: Past and Present 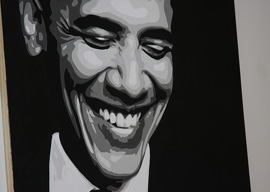 Last week, the press whipped itself into a frenzy of anticipation for Barack Obama’s big speech at the Democratic Convention, only to have Obama once again turn out to be the National Letdown.

That raises the question: What was that whole Obamamania thing about, anyway?

Obama’s sudden rise from part-time legislator/part-time lecturer to Presidential Timberhood was conventionally interpreted as the triumph of his supreme personal merit over discrimination’s crushing weight. A less-popular suggestion was that in 21st-century America, identifying as black is good for your career.

One way to test this question is by looking at the phenomenon of people changing their racial identification, AKA “passing.” Traditionally, mixed-race people tried to socially separate themselves from the black masses, and some tried to pass as white. Is that still true? Or has the flow reversed in recent decades, with racially ambiguous people now asserting their blackness?

Passing is back in the news because of the curious onslaught that famed novelist Philip Roth (Portnoy’s Complaint) mounted last week against Wikipedia over its allegation that one of his better novels might have been inspired by the glamorous man of letters Anatole Broyard (1920-1990), one of the last Americans known to have passed as white for career reasons.

“In 21st-century America, identifying as black is good for your career.”

The trouble started when the distinguished and dyspeptic 79-year-old Roth was perusing Wikipedia’s page on The Human Stain (2000), his impressive novel about an elderly professor named Coleman Silk, whose career is wrecked by the anti-racist thought police. Ironically, Silk turns out to be an African-American who has been passing as a Jew since coming back from WWII.

Roth’s key insight about race was that deep down, race is less about skin color than about whom your relatives are. That’s why old-fashioned passing, while beneficial objectively, was relatively rare. Under the American one-drop rule, having any black relatives meant that you were black. Hence, successful passing meant cutting yourself off from familial relationships with your kin.

Recently, Roth read in Wikipedia“to his evident disgust”that The Human Stain‘s protagonist was “allegedly inspired by the life of the writer Anatole Broyard,” the dashing New York Times critic and influential advocate  of Roth’s books.

In 1996, a half-dozen years after Broyard’s death, Henry Louis Gates denounced Broyard in a long article in The New Yorker for never mentioning that he was partially black. Not surprisingly, several reviewers, including myself, surmised that Roth had Broyard in mind when writing The Human Stain.

Roth complained to Wikipedia that he hadn”t been thinking of Broyard at all, that his inspiration was Princeton sociologist Melvin Tumin, a lifelong crusader for civil rights and close friend of Roth and other famous Jewish writers. In 1985, Tumin had inquired of two students who never bothered to attend his class, “Does anyone know these people? Do they exist or are they spooks?” The two slackers turned out to be black rather than ghosts, and Tumin was subjected to numerous interrogations and indignities.

Amusingly, when Roth objected to Wikipedia, he heard back:

“I understand your point that the author is the greatest authority on their own work,” writes the Wikipedia Administrator””but we require secondary sources.”

So Roth has penned a fulminating “Open Letter to Wikipedia“ for The New Yorker.

Is Roth truly as cranky as he sounds in the Broyard-Tumin dispute, or is he playing an elaborate joke? Perhaps he’s trying to revive interest in his fan Broyard by writing a vast article about how he never really knew anything about Broyard.

The more Roth tries to explain in his Open Letter that he couldn”t possibly have based The Human Stain on Broyard, the deeper a hole he digs himself.