How to Think Trump 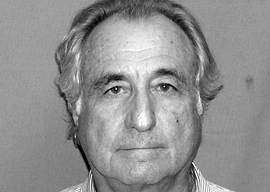 This is a boon for the media, though, because at least once a day the Trump press corps gets to say, You won”t believe what this guy did now.

The usual progression goes as follows:

(1) Trump does something mundane that would normally not be noticed”like taking a congratulatory phone call from the president of Taiwan.

(2) The Washington bureau chief of The Philadelphia Inquirer goes, “Wait! Was that normal? Is there protocol for that? Won”t that piss off China? I think I”ll go ask my blabbermouth source in the State Department what he thinks about it.”

(3) Stanley P. Macpherson Jr., Deputy Assistant Secretary for South Asia, answers his phone and says, “Oh yeah, Stu, he’s playing with fire. This is off the record, right? That one phone call could set the country back thirty years in terms of China policy.”

(4) Headline the next day: TRUMP CLUELESS ABOUT CHINA.

What is not stated in the Inquirer article is that (a) Stanley Macpherson worked for Hillary Clinton and liked her, (b) Stanley puckers up every time he hears Trump talk about “draining the swamp,” and (c) Stanley believes that, if there are budget cuts next year, his staff is likely to be on the “take no prisoners” list.

“I just got off the phone with Steve Bannon and, in spite of anything you might have read, this is the lineup for 2017.”

Probably the worst thing you can say to Donald Trump is “Mr. President, you have to do it that way because we”ve done it that way for the past fifty years.”

That’s like telling an alcoholic, “Don”t touch this Macallan single malt I”m leaving on your nightstand over the weekend.”

Scott Pruitt, the Attorney General of Oklahoma, is being appointed by Trump to head the EPA because Trump wants to piss off the environmentalists. “Environmental” is in the name of the agency”hence, Trumpian logic applied, you need somebody who is gonna nuke the D.C. attitude. Pruitt has defended ExxonMobil, sued the EPA numerous times over the Clean Power Plan, and is basically in favor of fracking, canceling the Paris climate deal, and packaging mercury, arsenic, and California smog as ingredients in craft beers sold at minor-league ballparks. But those are not even the most annoying things about him. He’s also a deacon at the First Baptist Church of Broken Arrow and a trustee of the Southern Baptist Theological Seminary, which is located in “The Ville””Louisville, Kentucky. People in Kentucky think the EPA was invented to destroy their coalfields.

I once participated in a seminar on Muslim immigration that included Anglican clerics from Oxford University and senior professors from the Southern Baptist Theological Seminary. By the end of the weekend, several of the Oxford dons had to be straitjacketed so that they wouldn”t go off in search of automatic weapons”that’s how fundamentalist SBTS is. Pruitt is not just a pollution-lover, he’s one of those annoying guys who comes to your house on Thursday night and makes you give money to the Lottie Moon Christmas Offering.

But Scott Pruitt is really just a decoy. He’s an obvious target so that nobody will notice the rest of the upcoming Trump appointments. I just got off the phone with Steve Bannon and, in spite of anything you might have read, this is the lineup for 2017:

CIA Director: This will be Boris Vasilievich Mistrovokolsky, currently manager of a power plant in Tajikistan but well-known to Trump as the Interim Director of Construction Contracts for the new Trump International Hotel and Spa in Baku, Azerbaijan. Mistrovokolsky vows to make the CIA “more transparent.”

Drug Czar: Eddie “Fingers” Felson, former jazz trumpet with the Miles Davis band, thirty-year heroin user. Determined to get rid of the needle-free drug culture based around crystal meth and return the country to its roots.

Press Secretary: Heather McCrory, YouTube baton-twirling star voted “hottest on Snapchat” three years in a row by the glee club of Milhaus High School in Encino, California. Heather vows to live-tweet every press briefing and get rid of the “reporters” who work for “newspapers” and “television networks,” since she gets all her information from Netflix.

National Security Advisor: Vinnie Campesino, former head of security for both Miss World and Miss Teen USA, who can bench-press 400 pounds and once pried a spiked piÃ±a colada away from Charlie Sheen’s death grip. Vinnie is fond of quoting Rowdy Roddy Piper in a scene from They Live: “I”m here to chew bubble gum and kick ass, and I”m all out of bubble gum.”