How to Wean the Dependent 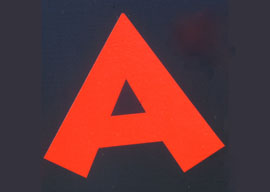 Can the millions of Americans now accustomed to food stamps, subsidized housing, and free school lunches be weaned from this dependency? In principle the answer is “yes” and the cost would be minimal; in practice the answer is “no” given that the solution is anathema to America’s burgeoning therapeutic state.

Let’s begin by disposing of the usual solutions to combat dependency. Forget about cold turkey, no matter how slow the withdrawal period. A 10% reduction in food stamps per month would only invite mayhem.

What about a robust economy to cure dependency? After all, nobody could possibly resist a fresh supply of well-paid jobs. The opposite is more likely: Prosperity boosts tax revenue, and this means more money to buy votes with handouts. With the Democrats in power, prosperity will promote the addiction, not cure it.

Equally futile is “investing in education.” Pure fantasy. I doubt that many who live off the taxpayers could profit from attending college. Moreover, the community colleges that are supposed to target those needing a leg up are often diploma mills heavy on useless remediation. If greater access to high-priced education could cure mushrooming dependency, it would have vanished decades ago.

“Perhaps it is time to bring back some scarlet letters.”

Then there’s the “get a job or else” solution embodied in the Personal Responsibility and Work Opportunity Reconciliation Act of 1996. The gist of this legislation was that states, using federally supplied funding, could now require that welfare recipients begin working after two years of benefits and could only receive five years of benefits over their lifetime.

Alas, it was only a drop in the bucket that required a small army of government overseers and so what might have been saved in welfare payments was spent on government salaries. Moreover, as the Obama Administration demonstrated, it is all too tempting to relax these “draconian” rules in the face of pervasive unwillingness to find jobs. Critics have also suggested that those pushed off the welfare rolls have sometimes used extralegal tactics to survive. The Act also only covers a tiny fraction of those availing themselves of government munificence. It has been around for nearly 16 years, yet feeding from the trough shows no sign of decline.

Avoidance of dependency, even for those in dire straits, historically rested on personal aversion to being a freeloader. It was the fear of dishonor, humiliation, embarrassment, shame, and disgrace for taking handouts that deterred future dependency. Any job, no matter how menial, was better than the ignominy of publicly lining up for one’s allotment of government-supplied free cheese.

These feelings are probably still part of human nature and hopefully can be reawakened. It would not take much. Food-stamp recipients, for example, could be required to use clearly identified supermarket checkout lines so contemptuous full-pay customers can stare at them. Even better, return to the days when food stamps resembled colorful oversized 10,000-lira notes so everybody saw them, not today’s EBT card indistinguishable from a bank-issued credit or debit card.

Everybody who sups at Uncle Sam’s table would be clearly and instantly and publicly identifiable. Physically segregate recipients of free school breakfasts and lunches, offering only healthy but unappetizing basics while excluding soft drinks and desserts. Let those humiliated children plead with mom to make peanut butter and jelly sandwiches, even if that means downgrading her deluxe cell-phone plan. Residents of Section 8 housing might have to paint their entry door bubblegum-pink to let the whole building forever see their shame.