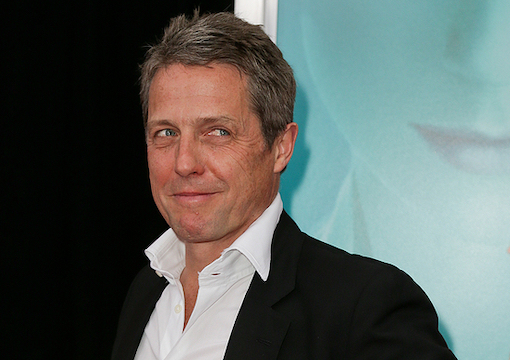 Michael Beloff QC and past president of Trinity College Oxford has just had his memoir reviewed in The Spectator, and it brought back memories. Here’s this really good man, the type who does the work, believes in the system, plays by the rules, and subscribes to the old graces of courtesy and politeness, but the sort we never read about. Instead, what is shoved down our throats are today’s politicians selling their snake oil on TV, or those untalented but self-entitled celebrities boasting about themselves, and the ultimate horrors, of course: those profoundly ignorant woke Nazis who block free speech.

I can’t remember how long ago it was when I received a telephone call from Michael, who introduced himself and invited me to the high table at Trinity College Oxford. I accepted with alacrity and promised myself I’d behave and impress the dons with my knowledge of ancient Greek heroes and modern British womanhood. Two weeks later I received a note from Michael saying he had read that I was a friend of Jemima Khan and wouldn’t it be a good idea to bring her along for the dinner? So I rang Jemima, who at the time was billing and cooing with Hugh Grant, and told her here was her chance to upgrade from the rock-bottom cinematic milieu of Grant’s to the Olympian heights of Trinity’s high table. She squealed with delight. On the prearranged date my driver took us up to Oxford, and after going into the wrong college next door we finally arrived at the high table packed with gowned dons. The president placed Jemima next to him and I was on her left. What followed were delicious courses and some epic drinking of very good wines. There was one lady don present, an American perhaps, who asked about Hugh Grant’s whereabouts. “I told him to wait in the car,” said I. “Oh, do tell him to come in,” said the lady. But I was adamant: “He stays in the car.” Jemima enjoyed this.

“I told Jemima here was her chance to upgrade from the rock-bottom cinematic milieu of Grant’s to the Olympian heights of Trinity’s high table.”

Afterward we retired to more salubrious quarters where the drinking of spirits continued unabated, and eventually Jemima and I were driven home. The evening, I like to think, was successful, at least because I learned how little I knew. I never met any of the nice academics I dined with again, nor have I debated at the Oxford Union after three victories. (My only defeat came after I told a very fat female student who was complaining about almost starving to death in New Orleans that she could use a bit of a diet.)

Incidentally, there’s never been any hanky-panky between Jemima and me, but that’s entirely her fault. I’ve known her since she was very young, and I’ve been a close friend of her parents and brothers. I spoke at one of her birthdays at the old Annabel’s, attended her wedding to Imran, and went to her housewarming some ten years or so ago in the country. Last week she kindly invited me to another chic bash for 300, but I didn’t make it. I flew instead to Switzerland and the loving arms of my wife. When one gives up a party in order to join the wife, you know the man in the white suit is not far behind.

Never mind. I got closer to Jemima than the two gladiators who fought during the annual Spectator party at 22 Old Queen Street. Never have I seen braver men; Josh vs. Guto was a fight to remember during a night to remember. They faced each other like two Spartans, two ex-advisers to Gove and Boris, and it looked like Godzilla against King Kong. After circling each other they started to throw roundhouses meant to decapitate. For twenty minutes the building shook as they stood toe-to-toe watched by an openmouthed crowd, including Rishy and Tom, and then the fight of the century was over. They had touched each other less than I have ever touched Jemima. It was a modern fight of two 6-year-old girls, but then that’s politics today. Takimag readers would have been disgusted by the femininity of the fight. Can’t anyone fight like a real man anymore? Mind you, it could have been worse, like Biden fighting with Trump, two types who probably have their fingernails polished like girls do, and their tootsies also. What is this world coming to when no one can throw a punch anymore?