Humility on a Cellular Level 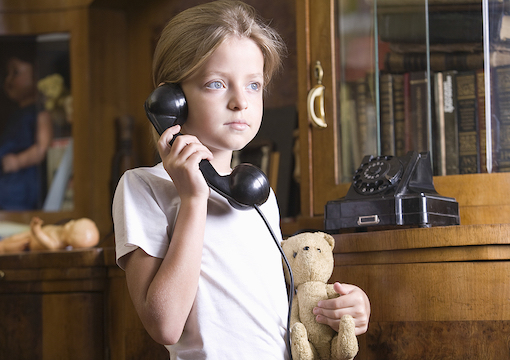 Recently I have been dreaming a lot, unpleasant dreams but not nightmares. What this means, or even if it means anything at all, I don’t know. Perhaps it is a cerebral form of indigestion. I have never gone in much for Freud’s dream symbolism, the so-called royal road to the unconscious, but actually the royal road to useless rumination.

Only very rarely can I remember a dream, even when it has woken me and I have resolved to remember it. Last night, however, I had a dream that I remember. The telephone company called me and told me that, while I had been engaged on a long call to my closest friend, someone had called from America. The company, in the person of a woman with a sharp voice, wanted to give me the number.

Naturally, I couldn’t find a pen and paper to take it down. In real life, my pens and paper are abundant, but only when I don’t need them. As soon as I need them, they go all coy and hide themselves, and I have the devil of a job to find them. As soon as my need has passed, they suddenly become abundant again.

This happened during the telephone call: I searched all round the room for pen and paper, eventually finding them. The lady from the telephone company began to dictate the number, but for some reason I took it down wrong and when I repeated it to her, she corrected me in an exasperated tone of voice. I kept taking the number down wrong, and eventually she said, “You’ve had a minute, your time is up. We can’t speak to you for more than a minute.” The line went dead and I slammed my receiver, an old-fashioned 1920s one in brass, down on the desk. I woke up resolving to write a letter of complaint to the telephone company, but I knew straightaway that I wouldn’t. Such a resolve and its evaporation are always simultaneous in my case.

“My recent dependence on my phone has revealed to me that I am exactly like others in my folly, no worse but no better.”

After only 45 minutes—I had been expecting an hour, so it seemed like prompt service—a very pleasant, helpful, and competent young woman answered. She solved the problem in a trice. “Is there anything else I can help you with today?” she asked sweetly, and I almost wished I had had other problems for her to solve.

The dream, of course, had not ended so happily. It was no doubt a composite of my telephone call to the bank and my constant anxiety over losing my mobile phone. Sometimes I have panicked about its whereabouts even as I was speaking on it, just as I have gone looking for my spectacles even as I was wearing them.

I suspect that telephone anxiety—the fear of being separated from one’s phone—is now quite widespread, even among people who are not as absentminded as I. Telephones have become almost what the child psychiatrist Donald Winnicott called transitional objects, that is to say a stuffed toy or something similar that provides a child comfort as it gradually learns that it is a separate being from its mother. So long as we have a telephone, or so we think, we are not completely atomized or divided from our friends or family. We are in at least potential contact with other people, but if by some mischance we lose it or leave it behind we feel adrift in the world, naked, vulnerable. And this is very off because the mobile telephone has insinuated itself into the fabric of our lives in a matter of a relatively few years. The teddy bear similarly became indispensable in children’s lives in a matter of a decade or two.

I remember my first mobile telephone, which was more like an offensive weapon than a transitional object, an effective brick to break a skull with. It was prestigious to own one, however, for in those far-off days that now seem to us to be of a totally different historical epoch, they were comparatively uncommon, and anyone who had one could consider himself to be at the very cutting edge in the use of technology.

Now, however, even beggars on the street have them, a thousand times better than those of the earliest models. I am generally inclined to give money to beggars, for I believe that, whatever the reasons for their resort to beggary, begging cannot be much fun and even a small donation if given ungrudgingly must supply them at least a few seconds of pleasure and reassure them that humanity is not entirely hard-hearted; but the sight of a mobile phone in their hands completely destroys my charitable impulse.

I despise myself for having become so quickly dependent on my phone. The reason for this is snobbery. When I see how dependent others are on their phones, how for example they look at them even during supposedly convivial meals (in the days when there were convivial meals still), I think how foolish and degraded they are, and how little I want to be like them. A sensible person does not have to be permanently contactable, and indeed, when I look back, some of my happiest times have been the months in which I was totally incommunicado. My recent dependence on my phone, however, has revealed to me that I am exactly like others in my folly, no worse but no better. I am humbled, if not humiliated, by my phone.