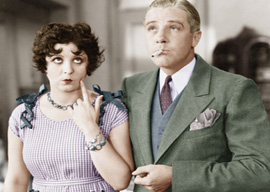 My theory concerning the nature and provenance of laughter is both recently conceived and not at all dogmatic. It is also scientifically uninformed. It may even be wholly incorrect. Feel free to disagree with it at any point.

I believe that laughter is the temporary result of, and reaction to, a buildup of either positive tension (excitement) or negative tension (anxiety) that has come about through exposure to, and subconscious concentration on, a comic or tragic situation.

The act of laughing is the physical manifestation of the psychological release of this tension so that the person laughing achieves an approximate return to a state of physiological balance. The precise moment this tension is released depends on the person’s DNA and life experience.

“Tragic situations can occasionally yield laughter. Such laughter comes as the release of built-up negative tension.”

When someone watches their favorite episode of a comedy TV program, they experience positive tension, also known as excitement. This is because they know in advance that what they”re watching is going to make them laugh. Negative tension, on the other hand, is what might be experienced by someone watching an episode of The Office for the first time. They feel uneasy. They wince while watching the TV screen. They feel embarrassed as David Brent tries to crack jokes that are so devoid of comedy that they can”t really be classified as jokes. And yet they laugh. They laugh? They laugh! You see? Negative tension. (That last bit was an almost verbatim quote from episode four of the English version of The Office, as hardened fans of the show would have immediately realized.)

Humor me for a bit longer.