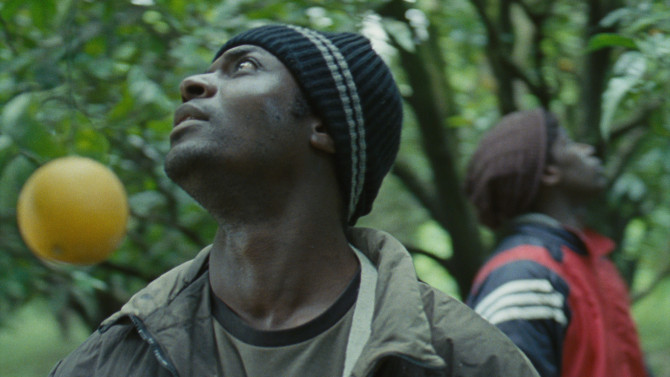 Paris is the best city in the world for cinema. You have only to go round the corner to see an intelligent and unusual film. In other places it takes a special effort to do so, if it is possible at all. I once spent a week in Paris seeing two or even three films a day from exotic places”exotic, that is, to everyone except their inhabitants. They often showed at tiny cinemas at odd times in the morning, and sometimes I was the only viewer. If there was anyone else present he or she was usually a peculiar person, even a psychiatrically disturbed one, which of course stimulated in me a certain amount of self-examination. The cinemas must have been subsidized by the city, for the seats were very cheap, and while I am in general and on principle opposed to subsidies I am, of course, in favor of them for the things that I am interested in and benefit from. Those subsidies seem to me eminently defensible, and it always gives me a certain wicked pleasure to know that each time I travel on the TGV the French taxpayer is contributing to my fare. The pleasure, I should imagine, is not reciprocal.

Even the commercial cinemas in Paris show better films than elsewhere, reflecting the more elevated taste of the Parisian public. Arriving there a few days ago in the midst of the refugee crisis, I decided to go to the local cinema that was showing, among other films, Mediterranea, about two young men from Burkina Faso (formerly the Upper Volta) who decide to try their luck by crossing to Europe.

“The makers of the film must have intended it to have profound impact on the viewers, and I felt slightly uneasy that my first thought on leaving the cinema was of dinner.”

First they travel by overloaded lorry of a type familiar to me from the time I crossed Africa by public transport nearly 30 years ago. Things were bad then, of course; there was impoverishment everywhere and dictatorship was the prevailing form of government, but at least there was peace. Millions of people have died since on the route that I took, and several of the countries that I went through would now be impassable. It would be suicidal to retrace my steps, even if the passage of time had not reduced my physical endurance. But in thousands of miles, something was stolen from me on one occasion only; I offered no bribes and was in receipt of much kindness from people much poorer than I.

After their lorry ride, the two BurkinabÃ©s cross the Sahel and the Sahara with a group of other migrants, including Nigerians, with a paid guide. En route they are ambushed by bandits, who relieve them of their money and shoot one of the group dead. Eventually they reach the Libyan coast where, without a pilot and with only a compass to assist them, they board a boat. They are rescued by the Italian coast guard and taken ashore, where at first they are held in a camp before being released to live in shantytowns on the edge of a dismal and impoverished southern Italian town. They find work picking oranges”ill-paid, of course”and face the hostility of the local population, who kill two of the migrants and thereby start a riot. One of the two “heroes” of the film is beaten severely and the other concludes that life as a migrant is so awful that he wants to go home.

The film evades too simple a message, and could be just as much propaganda to Africans to dissuade them from trying to make the passage as an appeal to the better nature of host populations. It does not sanctify the migrants and shows them indulging immediately in criminal activity, no doubt from necessity but also without reluctance. The things that they crave”iPods and the like”show a depressing scale of values, or at any rate one that depresses me.

It is not a jolly film, to say the least. It does not even arouse particular sympathy for the two protagonists. It depicts circumstances of such unrelenting wretchedness, physical and moral, that even the determination of the migrants to reach Europe, which, portrayed differently, might have seemed heroic, here seems pointless and futile, an expense of spirit in a waste of shame. The only more depressing film I have ever seen (also in Paris) was a Russian film called In That Country, which concerned a village near Archangel where all the men died early of vodka and the arrival of a murderer recently released from a prison camp was a happy event for the remaining women. It was left open whether the released murderer was a reformed character or not. Naturally, I suspected not.