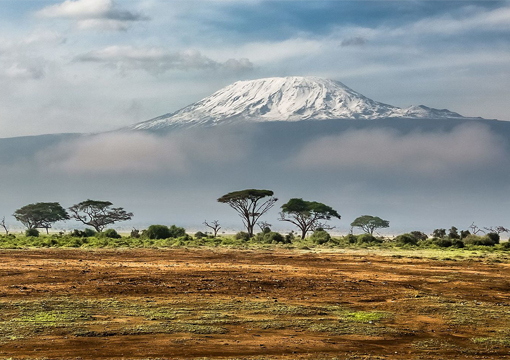 The oldest remains of the genus Homo were found in Tanzania near Lake Olduvai, so it’s a bit queer that Tanzania is currently so homo-hostile.

If you asked Makonda, he’d likely say that the only “gross violations” were the violations of nature that occur when men anally penetrate other men.

In October 2018, Makonda held a press conference urging Tanzanians to send him the names of any men suspected of being gay, promising to launch a “hunt” for them beginning the following week. In November 2018, he announced the establishment of a task force that would hunt down gay men, “test” them for homosexuality, and offer them a choice of conversion therapy or imprisonment.

The degree to which Makonda put his threat into action is unclear, but Tanzanian police have gone on raids to arrest people suspected of “promoting homosexuality” since at least 2016. This involves rounding up and busting people who may be doing nothing more than attending public meetings about how to stop the spread of HIV, which currently infects one out of every 20 Tanzanians.

In this southeastern African country where the nominal per-capita GDP is barely over $3 a day and blacks die 15 years earlier than blacks do in the USA, homosexual acts are punishable by up to 30 years in prison. The nation’s anti-fag crackdown kicked into high gear with the 2015 election of President John Magufuli, and forgive me if I think that “Magafuli” sounds like some sorta anti-gay slur in Swahili.

According to a 112-page report issued by Human Rights Watch, a moral panic erupted after a MTF tranny appeared on TV in June of 2016 to tout the virtues of lubricant in stopping the spread of HIV. Officials accused the TV station of “glorifying gayism” and forced them to apologize. The next month, health minister Ummy Mwalimu—OK, forgive me for thinking that all of their names sound like anti-gay slurs in Swahili—outlawed the sale of lubricant everywhere in the country except for government-run hospitals:

We don’t agree with the promotion of homosexuality and homosexual acts. We should do these HIV/AIDS interventions, but my goodness, to distribute lubricants for men who have sex with other men in the United Republic of Tanzania….In fact, I ban it in the entire country.

The report also quotes a 24-year-old HIV-positive gay man named Osman about what he was told after visiting a government hospital in Dar es Salaam for treatment:

[They told me] ‘You’re a good boy, why do you have gay sex? That’s why you got AIDS, because those acts angered God.’ They also told me to stop these games and get saved, to chase out Satan, who caused me to have sex, and to find a wife, get married, and have a family.

A Tanzanian politician named Hamisi Kigwangalla—no comment, none is needed at this point—says that homosexuality is an unnatural “social construct,” arguing that gay goats and gay birds don’t exist. President Magufuli likewise says that “even cows, even goats” never have same-sex relations.

“No matter how hard you try, you can’t blame the West for this one.”

What’s the fixation with goats?

Either way, they’re wrong. The animal kingdom is filled with fags. At least 470 animal species have been observed engaging in same-sex relations. So you’re dealing with a country whose top-tier officials are ignorant of biology, who force suspected homosexuals to endure medical examinations that bear the appearance of sadistic homosexual rape, and who think that AIDS—which has something to do with Satan and a God with a vicious anger-management problem—can be cured by getting married and starting a family.

One thing is clear—no one is blaming Africans.

Here are some tasty things that African leaders have said about The Gays:

As far as I am concerned, LGBT can only stand for Leprosy, Gonorrhea, Bacteria and Tuberculosis; all of which are detrimental to human existence.
—Yahya Jammeh, former president of the Gambia

You push the mouth there, you can come back with worms and they enter your stomach because that is a wrong address….You cannot call an abnormality an alternative orientation. It could be that the Western societies, on account of random breeding, have generated many abnormal people.
—Ugandan President Yoweri Musuveni

They are beasts of the forest….Homosexuality is unnatural, abnormal, and strange to our cultures. It has no output whatsoever; it only does damage and destruction. You cannot have a right to be a sick human being. There is no right in homosexuality. It must be cured….Homosexuality will destroy humanity because there is no procreation; it will destroy health because the backsides will not hold.
—Ugandan Ethics and Integrity Minister Simon Lokodo

We need continuity in our race, and that comes from the woman, and no to homosexuality. John and John, no; Maria and Maria, no.
—Former Zimbabwean President Robert Mugabe

Traditionally, there were no people who engaged in same-sex relationships….There was nothing like that and if you do it, you must know that you are rotten. I don’t care how you feel about it…same sex is not acceptable.
—Zulu King Goodwill Zwelithini

We will not sit back and watch man marrying man, or woman and woman. We will arrest them and deal with them accordingly.
—Zambian President Edgar Lungu

Africa’s fag-bashin’ leaders blame the West for inflicting the continent with homosexuality. Robert Mugabe called it a “white disease.” Ugandan President Yoweri Museveni called it a “Western import.” Kenya’s Deputy President William Ruto has stated, “We will not allow homosexuality in our society as it violates our religious and cultural beliefs.” Promoters of an anti-gay bill in Uganda described man-on-man sex as “un-African.” An LA Times writer visiting Ghana was shocked to hear a local headmistress explain to him that homosexuality is an “abomination” that “comes from elsewhere.”

A sexually charged passage in a Pan-African website says that by encouraging Africa to support homosexuality, the West is once more committing metaphorical homosexual rape against Africa:

Africa was a woman, the White European man penetrated her….When two men are together sexually, one is penetrated and one is the penetrator. The one being penetrated is referred to as the female, and the penetrator is the male. The male symbolizes power and dominance, whereas the female is the submissive one….When Western powers air support for homosexuality, it is translated into a different narrative. In this narrative, the West wants to continue treating Africa as a woman it can dominate and penetrate as it pleases. The role of Africans is to bend over and accept penetration with or without force.

Apparently blind, deaf, and dumb to how condescending they sound, Westerners who hate the West say that the African leaders are ignorant of history and are still showing they are the hapless rubes of colonialism.

They say that African history—a concept which implies that Africans kept records—is replete with tales of homo-acceptance, from the Bushman artwork that supposedly depicts gay sex to the two male Egyptians who were entombed together to the African goddess deities who were depicted with erect penises to King Mwanda II of Buganda, whom they claim was openly gay although he somehow managed to squeeze 16 female wives in there somehow.

A better case can be made that the strong presence of religion—after all, sub-Saharan Africa is the most religious place on the planet, with 93% of its population identifying as either Christian or Muslim—is somehow correlated to anti-gay attitudes. Both the Old Testament and the Hadith—but interestingly, not the New Testament—mandate the death penalty for same-sex relations.

Of course—since hating the West seems the sole driver of self-hating Westerners—you only see Christianity getting blamed. However, only in Sudan, Somalia, Somaliland, Mauritania, and northern Nigeria is faggin’ off punishable by death. And these are all overwhelmingly Muslim locales.

There’s nothing Western about Islam, yet Islamic countries are the only ones in Africa that make it legal to kill you if you’re gay.

No matter how hard you try, you can’t blame the West for this one.