If you needed incontrovertible proof that homegrown retardation is far more pressing a problem than homegrown terrorism in modern-day America”six-year-old Falcon Heene’s flight of fancy provided it.

The contagion that gripped the nation began on October the 15th. Anyone turning on the boob tube was treated to a live broadcast of a levitating dome-shaped “homemade flying saucer.”

MSNBC’s David “Shyster” informed his unfortunate viewers, matter-of-fact, that the small son of Richard and Mayumi Heene of Fossil Ridge Road in Fort Collins, Colorado, had climbed into a carriage attached to the helium-filled contraption which had become untethered. Boy and balloon were now scaling heights of 10,000 feet.

Indeed, nowhere was the madness more apparent than on MSNBC. 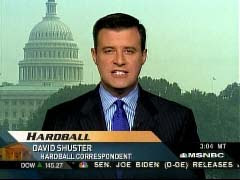 Like most of the unisex males of the left-liberal media, “girlie-boy” Shuster was flooded with emotions which he did not hesitate to share. Shuster would prefer that you forget”and he is working hard to”but the anchor devoted two full hours to tracking the imaginary “Falcon,” as he soared through the Centennial State’s skies in a rickety grey floatation device.

Other TV entertainment outlets masquerading as news media hawked the Falcon pie-in-the-sky as fact. If anything, both the authorities and the media proceeded from the premise that Falcon was in fact flying two miles above them, rather than hiding somewhere on terra firma.

When you”re slothful, stout, and stupid, it’s easier to look to the heavens than search high-and-low below.

With the blind belief reserved for all women who allege date rape (but especially for black strippers who claim to have been gangbanged by white honor students)”the Larimer County Sheriff’s Office Spokes Skirt dogmatically asserted that there was no doubt in her mind that the boy was flying high. Sheriff Jim Alderden backed her. This family (of actors) behaved, as he put it, in a believable manner. Cable channels then ran with the factoid.

Yet all it took to convince the gaseous Shuster of the genuine and ingenious nature of his subject was the sight of the sophisticated “vessel,” held together with duct tape and filled with inert gas.

In the adjectival ejaculate that followed, Shuster included favorable comments about the Heene family’s quirky lifestyle: how interesting they were; how spontaneous, adventurous, and devoted to science and mysticism (a contradiction, if I”m not mistaken). Shameless Schuster even reached for the mad genius clichÃ© to describe a man”Mr. Heene”who turned out to be anything but.

The Christian parents of a home-schooled child gone airborne would never have been fawned upon but held up to scorn. I wager that our besotted boob and his extremely limited co-host, Tamron Hall, would be calling on the department of child abduction (also known as social services).

The following day, Schuster was not ready to hang his empty head in shame. Instead, he proceeded to blame the sheriff for leading him and his clever colleagues astray. For his part, Sheriff Alderden has not resigned. Driven, indubitably, by fury at his own incompetence, Alderden is, however, intent on visiting the full force of the law upon the family.

If Falcon was exhibiting the symptoms of severe stress”vomiting during the press and TV performances his grease ball of a dad had lined up”wait until the vampiric tele-child advocate Wendy Murphy gets her way and the three Heene children are made wards of the state.

As the day wore on, Schuster and Hall turned to more meaty matters. Still on the topic of balloons, the two offered up hosannas to Meghan McCain, who had plastered a grotesque image of her exposed appendages on Twitter.

McCain, a licentious, self-adoring, dense liberal, kept up the momentum by penning a Daily-Beast paean to her beloved beasties. For her narcissistic efforts, the dull MSNBC duo pronounced Megan McCain a “strong conservative woman.”

The reams of verbiage these two flaccid folks had devoted to the esoteric family that fell from grace were diverted in no time to the mindless McCain.