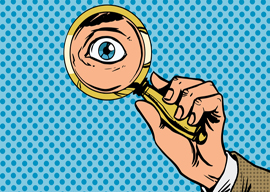 You know you”re getting old when you can remember a time when Canadians were funny on purpose. John Candy, Harold Ramis, Eugene Levy, the entire SCTV crew. Back then, Canadians invited the world to laugh with their nation, not at it.

How things have changed. These days, Canadians are still providing top-notch laughs, but, sadly, it’s usually at their own expense. Smart and savvy Canuckian commentators can do little else but sit back and gawk along with the rest of us at the train wreck that is present-day Canadian politics. There’s no need for me (or any similarly ugly American) to retread the territory covered so ably by sites like The Rebel and expats like Mark Steyn (wait, I mean “immigrants” like Mark Stein. It’s now genocidal racist white supremacy to call a white man an expat. Haven”t you heard?). However, I had a good belly laugh at Canada’s expense last week, and it might just involve a potato (Yukon Gold, I”d assume) that’s too hot even for some of Canada’s most politically incorrect pundits.

Apparently, Canada’s political and media bleeding-heart elites have their panties in a bunch over a new campaign by the Chinese government to round up and “bring home” Chinese dissidents who have sought refuge in other countries. Over the past few months, the Chinese have been putting pressure on foreign governments to deport dissidents who have been convicted in China (sometimes in absentia) of “crimes against the state,” which always translates to crimes involving speech.

Last month, two Chinese dissidents living in Thailand who had been granted safe haven in Canada were deported back to China by Thai officials. The dissidents, political cartoonist Jiang Yefei and anticorruption activist Dong Guangping, were whisked back to their homeland against the wishes of Canada’s new Liberal government, which had planned to resettle the two men and their families as government-sponsored refugees. Needless to say, Canadian officials are very worked up “aboot” this travesty. The gist of Canada’s beef is that China has no right to demand the return of dissidents whose crimes consist solely of speech.

Global Affairs Canada spokesperson FranÃ§ois Lasalle told the Toronto Star that Ottawa has “serious concerns” regarding the “human rights” and “dignity” of the deported Chinese dissidents. Amnesty International Canada has condemned the fact that the Thais deported “peaceful critics” of Beijing. For its part, Thailand has repeatedly stated that Jiang and Dong were deported because of “immigration violations,” to which Ottawa has responded that “immigration violations” are not a legitimate reason to deport someone facing prosecution for “speech crimes.”

Canada’s government officials and self-righteous journalists are lucky that the rest of the world is too damn chickenshit to bring up the case of Ernst Zundel. Zundel is a Holocaust denier who was prosecuted throughout the 1980s by the Canadian government for the crime of publishing a pamphlet. After being convicted twice, and after having his conviction overturned twice, Zundel finally picked up and left for the U.S., joining his wife (an American citizen) in Tennessee. In 2003, Zundel was scooped up by the U.S. feds for a supposed immigration violation. Deported back to Canada, Zundel, whose landed immigrant status had by then been revoked, was slapped with what the Canucks call a “security certificate.” Under Canadian law, a security certificate essentially means “We can do whatever the hell we want to you without charge or trial.” For two years, Zundel languished in a 6-by-8 cell, the lights always on, no hot food, no desk or table for writing, no charge, no trial.

I”ll remind you at this point that his initial “crime” was publishing a pamphlet denying the Holocaust. I”ve known Ernst Zundel for 25 years, and there’s no question the man’s loopy as hell. But that’s completely, one-hundred-percent beside the point. His crime was publishing a pamphlet containing dissident views. He was imprisoned for speech. Nothing should matter beyond that.

Even though Zundel hadn”t lived in Germany for 45 years, the Germans wanted him back to prosecute him under that country’s anti-Holocaust revisionism and denial laws. And how exactly do you prosecute a guy for breaking the laws of a nation in which he doesn”t live? Germany’s fascinating legal theory was that since the content Zundel legally posted on his website while in the U.S. was “brought” into Germany by the Internet, he therefore violated Germany’s speech prohibitions no less than if he”d physically entered the country to give a speech.

As Zundel was wasting away in his Toronto cell, an interesting development occurred back in Knoxville, where District Court Senior Judge James Jarvis, ruling on the legality of Zundel’s deportation from the U.S., came to the troubling conclusion that although he had serious problems with the way the feds treated Zundel, there was little he could do now that Zundel was in Canada.

Little, that is, except politely ask the Canadians to allow Zundel to have a fair hearing. Addressing the Canadian authorities directly, Jarvis stated, “[Zundel’s] wife, she’s a citizen, and she has rights, and she’s hurt by this. Surely, the Canadian courts will listen to her as a United States citizen, perhaps give her some relief.”

In the words of Knoxville News Sentinel reporter Jamie Satterfield, “Judge Jarvis found himself in a troubling position. He wanted to help but could not.”

So here was awesome humanitarian Canada, holding a man whose deportation was being demanded by a country (Germany) that wanted to prosecute him for his dissident beliefs, while meanwhile, a judge in another country (the U.S.) was appealing to Canadian authorities to rethink their course of action. Canadian officials had a choice: listen to Judge Jarvis” reasonable plea, or bow to Germany’s ironfisted demand. And what did the Canadians do? Take a guess. Ottawa ordered Zundel shipped to Germany to be imprisoned for his Holocaust views”views that had been posted online legally, in the U.S., while he was a U.S. resident. Zundel ended up serving five years in Germany, in addition to the two he”d already spent in his Toronto cell.

And now the Canadians have the hypocrisy to raise global holy hell over the fact that the Thais deported two dissidents on supposed immigration violations to a country that plans to imprison them for their political views. All of a sudden, the people who held Zundel in a 6-by-8 cell for two years with no charge or trial, the people who decreed that he should eat only cold food, sleep with bright lights on, shower under supervision, and go to the bathroom in front of guards, the people who sent Zundel to a foreign nation to rot in prison for violating speech laws in absentia, are now concerned about the “dignity” of dissidents and the “right” of Chinese expats to escape punishment for violating anti-free-speech laws in their homeland.