“I Really Hate My Color Because I Look Like You” 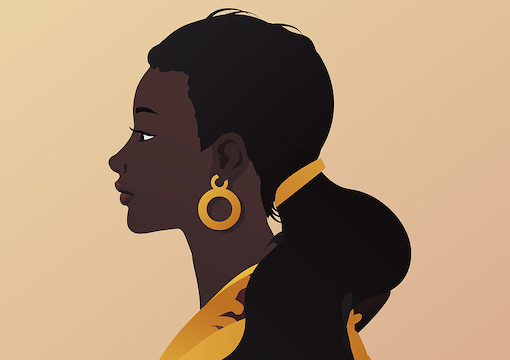 Occasionally I’ve been known to slightly embellish a story for comedic effect, but the one I’m about to relate is 100% true.

The house next door to me is cursed.

Wait, no, that’s not the 100% true part…that’s just supposition. What’s true is that nobody ever lives there for more than three years. Most are out by two. One family didn’t last a week.

So, every two years give-or-take, I have to experience anew the anxiety of wondering who’s moving in next door. And while my neighborhood prices out most worst-case scenarios, that does little to quell the tension during the open houses.

So here’s the 100% true story: It’s 2005, and there I was, yet again watching helplessly as lookie-loos plodded in and out next door. And my doorbell rang. It was a young woman, early 30s, with a thick Russian accent. Her English was decent but imperfect. She asked if I’m the homeowner. I nodded.

“Me, my husband are looking to buy house next door, but…we…we…we have question. Question we not ask real estate agent.”

Straining to find the right words, the woman said, “This place, this neighborhood, are there…are there many of the people with the black faces?”

Now, anyone who knows me knows that I can’t resist a joke. Indeed, to me, being set up for a punchline and not delivering is a mortal sin. So I replied:

“You mean minstrels? Oh yeah, sure. Lots of ’em. They come down from the hills at night with their banjos. The singing wakes the whole block. Sometimes I go out there with my shotgun to pick ’em off, but as soon as they see me they yell, ‘Feets don’t fails me now!’ and scatter.”

I then went into a high-steppin’ song-and-dance:

Scared the shit out of her. She fled to her car and called for her husband; they drove off, never to be seen again.

I don’t care for Russians. They’re loud and argumentative, so I don’t want ’em as neighbors (upon reflection, I wonder if I’m the reason for the high turnover…).

Over the course of thirty years I’ve met a lot of prospective and actual home-buyers from a variety of backgrounds: Asian, Persian, Arab, Russian, Israeli secular, Israeli Orthodox, Italian (that was the family that only lasted a week. Too bad; the daughter was hot and the dad brought me beer), and upscale American white. And it’s only the latter group that finds it difficult to articulate the thing about “not wanting the black faces.”

Every family with roots abroad who’s moved next door has been able to say, “One of the reasons we chose this neighborhood is because there’s no blacks.” It’s blunt, it’s certainly ugly to the ears of law-abiding blacks, but it’s sincere. The American whiteys can’t talk that way. They’re like, “Golly gosh a-mighty, I sure hope one day we can have some blacks here!”

Do they mean it? Who knows. All I know is if they don’t mean it, they’d never be able to say so. The ability to speak such thoughts has been bred, brainwashed, or beaten out of them.

But the foreign-born have no such filter.

It’s a hell of a burden for decent black folks, knowing that foreigners move here with a checklist that includes “don’t live near you.” The “burden” part is that the fear isn’t unreasonable. There’s dignity in being the victim of a false accusation. But being accused of something that’s factually and statistically defensible is just humiliating. Yes, it’s better for your health to not live near blacks. That’s not a happy truth. But it’s a truth.

“It’s a hell of a burden for decent black folks, knowing that foreigners move here with a checklist that includes ‘don’t live near you.’”

Last month, Penn & Teller: Fool Us (I know, Penn’s a moron; but I love magic and I enjoy the show) featured its first Persian-American act. Every magician gets an introductory video filled with “human interest” pap (“I’m bisexual!” “I’m dyslexic!” “I nearly died in a car accident!” “I’ve never been laid because I’m a magician!”). So this Persian guy, Zak Mirz, talked about how his dad, Yousef Mirzadeh, fled Iran to Dallas/Fort Worth, where he found a wife, started a family, and opened his dream restaurant—a gourmet Italian seafood eatery!

What a great story: Iranian man flees persecution, comes to Texas, marries, has a kid, and opens up a successful Italian restaurant that brings joy to his community.

And then he was slaughtered, “only in America”-style. Three men broke into the Monte Carlo Sea & Grill as Mirzadeh was closing for the night. They robbed him and executed him like it was nothing. The community lost an employer and taxpayer, and Zak Mirz lost a father.

Mirz gave no other details about his dad’s murder, but he didn’t have to. I was totally unfamiliar with the case, but I knew the race of the perps before I looked it up.

Stories like that, multiplied by the thousands, are why foreign-born buyers in my neighborhood ask about the “people with the black faces.”

In L.A., back when we used to have Dallas/Fort Worth’s level of blacks, such crimes were commonplace (the 1980 Bob’s Big Boy massacre—customers and staff robbed by shotgun-toting thugs, marched into a backroom, and executed—served as the inspiration for L.A. Confidential’s “Night Owl killings,” but in the book/film, the blacks were wrongly accused). Now that our black population has dwindled, our Soros-minion DA is trying to overcompensate by putting, and keeping, every murderous, irredeemable black criminal back on the street. He can’t have quantity, so he’ll settle for quality.

Last year Beverly Hills saw two robbery/shootings at restaurants in our shopping district. In both cases, the perps were blacks with long rap sheets who’d made the trek from areas south of here to pick off BH residents and take their stuff. In at least one case, the target was a Middle Eastern Jew (the victim in the other case was not identified).

In December, Jacqueline Avant, wife of music mogul Clarence Avant, was brutally murdered in her Beverly Hills mansion during a home-invasion robbery. A bitter irony: The Avants are black. And the wife was slaughtered by a black thug with a long rap sheet who was walking the streets because our DA put him there.

More victims—foreigners and even wealthy blacks—guaranteed to forever base their real estate decisions on proximity to “the people with the black faces.”

And then there’s Ruya Kadir, a case with a peripheral connection to L.A. Ruya was a 3-year-old Ethiopian girl. Her family was relocated to the U.S. as “refugees” by NGOs and the Obama administration in 2015. They were resettled in Boise.

As all of my regular readers know, I don’t think that kind of thing should happen, ever, period. I’m completely against the importation of Third Worlders by scheming ideologues who wish to bring about radical demographic change.

But that said, I’m gonna try for a minute to write as a human, not a pundit.

On July 2, 2018, Ruya was celebrating her birthday with her mom and a bunch of other children. Ruya loved Disney princesses, so that was the theme of the day. Unbeknownst to the revelers, the night before, a brutish black thug named Timmy Kinner had been ejected from the apartment complex where the Kadirs lived, for starting fights with residents. So on Ruya’s birthday, he returned to “keep it real” with some good old-fashioned vengeance. He burst into the Kadir apartment (it was random; he didn’t know them), began slashing the little girls, and plunged a knife deep into Ruya’s chest, killing her.

Again, let’s forget punditry here. I’m the least sentimental sonofabitch you’ll ever meet; I don’t even like children. But this photo of Ruya with her Disney princesses mere minutes before Kinner’s rampage, the happiness in the 3-year-old’s eyes as she looked forward to a day of joy, genuinely makes me tear up. Can you imagine the terror she felt in her final moments? With that subhuman beast charging her like a bull, the look of hatred in his eyes as the knife pierced her body?

Turns out Kinner had skated from multiple opportunities for incarceration in his hometown—L.A. Now, this was before Soros installed his current DA, but he’s been meddling in this county for decades. Kinner also avoided prosecution for earlier crimes in Utah (where the press recently slammed the Sheriffs’ Association for daring to criticize Soros’ influence) and Memphis (where advocacy orgs routinely push the Soros agenda).

To be clear, everyone responsible for keeping Kinner on the streets should be strung up by their fucking heels; Mussolini should look at their fate and say, “Wow, I got off easy.” And as for Soros, when the world is finally rid of him, the only proper afterlife for that demon will be an eternity of experiencing Ruya Kadir’s terrifying final moments, feeling her fear, again and again, forever.

The Kadir murder garnered little attention because it was a black perp. But even the rightist press failed to note what happened at Timmy Kinner’s sentencing last June. This was reported by one source, and one source alone: Boise Public Radio.

No one else cared. Or maybe they did care and understood the need to suppress the statement Ruya’s mom made at the sentencing hearing. Facing Kinner, she assured him that she’d outlive him, that he’d die before her. “And when that time comes,” she stated, “I will go to your grave and spit on it.”

And then she closed with this:

You see why nobody covered that.

American blacks: ensuring that black folks who move here from other nations end up feeling ashamed of their color.

What a point of pride.

And maybe a small incentive for decent blacks to fight Soros and his scumbag minions.

One thing’s for certain: It’s guaranteed that wherever Ruya’s mother moves to in the future, she’ll check around to make sure she’s not living near “the people with the black faces.”

Now, you’re likely thinking that this all seems counterintuitive. Leftists want to flood the country with immigrants, so why are they flooding the streets with native-born monsters who make immigrants hate living here? Leftists want to destroy the suburbs and “integrate” the neighborhoods where people flee to escape blacks, yet they let loose the worst black criminals who only exacerbate that desire to flee.

And that’ll be the topic of Part II, next week.