I Woked With a Zombie 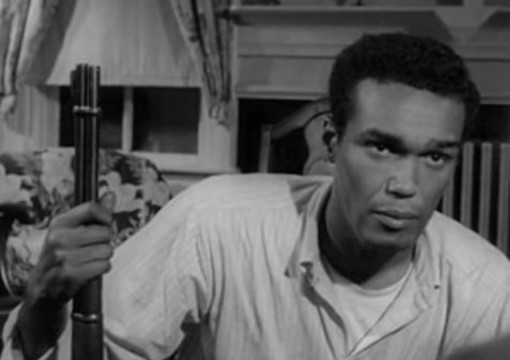 My Christmas gift to myself this year is a column about zombie movies.

I’ve been wanting to do this one since October, when it was announced that Night of the Living Dead is getting a woke remake by something named Nikyatu Jusu, which I thought was a martial art but turns out it’s a scowling Sierra Leonean/American filmmaker lauded by critics named Felderstein and Shmulybaum as the future of Hollywood even though nobody on earth has ever seen her movies (if I told you that one of her critically acclaimed films is titled African Booty Scratcher, you’d think I’m kidding. Please continue to think that, because the fact that I’m not will cast a pall over your holiday).

Tykwondo Jujitsu promises an ultra-woke Night in which “the humans are the real monsters.” And as every fan of the genre knows, that’s the most stale cliché associated with zombie films (Google it; it’s routinely ridiculed by superfans). That Nickyuhu Jewsue boasts of that trope as if she invented it is further proof that she’s an intellectual lightweight who coasts on skin color rather than gray matter.

“The real lesson of Night of the Living Dead is that the best racial strides are made when you don’t force them.”

Still, the idea of a “woke” black Night is oddly appropriate. Depending on your knowledge of zombie films (and if your knowledge begins with the execrable Walking Dead, you have no knowledge), you may or may not know that it’s a genre uniquely associated with race.

1968’s Night of the Living Dead was the first modern zombie film, the first movie to take zombies away from Caribbean voodoo priests (i.e., White Zombie and I Walked With a Zombie) and transform them into modern American monsters (if you want more background from me on this, and you likely don’t, click here). Night is the most influential horror film in history; all modern zombie films trace their universe “big bang” to Night.

Night established the rules that all subsequent zombie films either follow or parody. But Night has another place in history as the first racially “woke” horror film.

Except it happened unintentionally.

Initially, there was nothing racial about Night. A bargain-basement production by Pittsburgh commercial producers, the script was surprisingly innovative for the time. The blond “heroine,” Barbra, goes catatonic in the film’s first third and never recovers; the attractive, sympathetic young lovers die violently halfway through the movie; and the hero, Ben, survives the zombie onslaught only to be mistakenly shot as a zombie by his would-be rescuers.

As originally written, Ben was a redneck trucker, a “hyuck-hyuck” caricature. But the newbie filmmakers, who took many of the acting roles themselves to save money, realized that they had nobody in their ranks who could carry a lead role. So they advertised for a New York thespian, somebody with legit acting chops. And a handsome, Sorbonne-trained actor and academic named Duane Jones answered the call. Jones, a NYC-born black man, insisted on removing the hyucks so he could use his own speaking style (blacks today hate being called “articulate,” but there’s no better word for Jones’ polished manner).

Jones carries the film; it’s a tremendous performance, and (to present-day viewers) it’s aided by the fact that he had a sensible haircut (no joke; I don’t think Night would be as timeless if Jones had sported a late-1960s ’fro; it would’ve forever dated the film).

Night has the distinction of being the first American movie in which the lead character is black but didn’t have to be (the role isn’t “black,” it wasn’t written for a black, and race is never mentioned on screen). The role was written for a white guy; Jones just happened to be the best actor who applied.

Needless to say, audiences at the time couldn’t resist reading “social consciousness” into the movie. What had, in the original script, been a simple twist ending (the hero survives only to be accidentally shot by the zombie-hunting posse) became a “statement” (the black man survives only to be gunned down by the white posse that failed to see his humanity!).

Initially, director and co-writer George Romero (of Lithuanian and Castilian-Cuban descent) dismissed the adulation from the pretentious film critics who hailed him as a master of racial commentary. Then he sobered up and was like, “Holy shit, I’m a nobody from Pittsburgh, and New York critics named Lipschlitzen and Cohenburger are telling me I’m a socially conscious genius. Why am I contradicting them?”

So from that point on, Romero wore his woke badge proudly, even if it had only been bestowed because critics can’t just enjoy a film without requiring a “message.” Romero’s next zombie film, 1978’s Dawn of the Dead, embraced “messaging” heavily (mainly regarding American consumerism). This time, the lead character was black on purpose, and race was mentioned, though thankfully only at the beginning, in a terrible (albeit brief) scene in which a racist white SWAT officer rails about “niggas and spics! I wanna blow all dehr lousy heads awf! Niggas and spics! Niggas and spics! I’m gonna get me some niggas and spics!”

Dawn is a three-hour movie, so that one terrible moment doesn’t ruin it. Indeed, it’s Romero’s best film and the best zombie movie ever made. But the seeds were planted; from then on, Romero would be the “socially conscious” zombie filmmaker, especially after Dawn was praised even more than Night by critics named Oygenflaygin and Kibbutzenschmutz.

In 1985’s Day of the Dead, the two leads—a brilliant female scientist and a wise Jamaican black dude who spouts pretentious philosophy to such an extent that by the end you’re rooting for the zombies to eat him—battle fascist white military guys (this time, there are many scenes of evil white dudes screaming about “jungle bunnies and spics”).

It’s a terrible film, but Romero would outdo himself in 2005’s Land of the Dead. In this one, the black lead is no longer human; he’s a heroic zombie shepherding his “people” to freedom as they fight back against an oppressive white human regime (modeled after the Bush administration) that seeks to kill not only zombies but human “spics” (in Romero’s mind, light-skinned men with Hispanic heritage were routinely oppressed in “Bush’s America”).

At the film’s climax, the black zombie (aided by a “spic” named Cholo played by John Leguizamo) kills the white fascists and leads the zombies to freedom.

The head fascist was portrayed by Dennis Hopper, and I’ve long thought that the toxicity of the script is what gave him his terminal cancer.

George Romero stumbled into wokeness. In 1968 he made an apolitical low-budget horror film that was exceptionally good. He cast a black guy in the spirit of not “seeing race,” yet he ended up as the standard-bearer for seeing race, because the people who championed his movie and made it a household name wanted it to be about seeing race.

Romero’s journey should’ve served as a warning of what was to come for every filmmaker of every genre: “See race, and see it as black-good, white-evil, and you’ll be rewarded; don’t see race, or see it incorrectly, and you’ll be dismissed.”

The real lesson of Night of the Living Dead is that the best racial strides are made when you don’t force them. In theory, it should be a big deal that the first American film with a black lead where the role didn’t have to be played by a black actor came about because the movie was cast on talent not agenda. By retroactively embracing “agenda” and claiming “oh yeah, I was trying to be racial all along,” Romero shat on his true legacy. And today, due to the fact that Night is widely (and falsely) seen as an “agenda” film, Romero’s most subversive screenplay element has been lost. See, even though Ben is the commanding, authoritative hero—the audience surrogate—it turns out at the end of the movie that everything he did in the course of the film was wrong.

Viewers don’t realize that until the climax. Ben’s actions lead to everybody dying. If Ben had listened to the bald, abrasive white guy, Cooper, and holed up in the cellar, everyone would’ve lived. But instead, he insists on staying upstairs. He insists on the ill-fated escape attempt that results in the young lovers being burned alive (due to his clumsiness with a torch that the zombies eventually use to break into the house). He beats up Cooper for being right and kills him when Cooper tries to protect his wife. And he socks Barbra to shut her up, rendering her catatonic.

The hero gets everybody killed. That was a revolutionary concept for a movie in 1968.

But because Ben is played by a black man, today’s film analysts can’t entertain the notion. Because black heroes in movies can’t be incompetent. So Romero’s genius twist is lost. Modern critics get it completely backwards; they claim that Ben was right and the white characters died because they racistly ignored him.

“Ben subverted Hollywood tropes of Black men as aggressive. Despite his efforts to keep the group safe, they all die when they refuse to listen to him as he cautions their dangerous actions. If given a chance, he could have saved them all” (Screen Rant). “A black man—Ben—seeks refuge in a house full of white people. He tries to tell the members of his group how to survive, but no one will listen to him” (The Root). “Defying the contemporary stereotype of black men, Romero presented Ben as a heroic, gentle and sympathetic character (who) worked throughout the whole film to protect those around him” (Far Out).

The wokeness Romero ended up embracing has erased a planned groundbreaking achievement (“the hero kills everyone” plot twist) thanks to an unplanned one (the casting of a black lead).

Decades ago, Night fell into public domain, so there’ve been nearly a hundred unauthorized remakes, reboots, and “reimaginings.” But Nikyatu Jusu’s upcoming blackity-black Night (written by The Walking Dead’s LaToya Morgan) is the first since Romero’s death to be endorsed by the Romero estate.

And it makes perfect sense; it brings everything full circle. A franchise that began by not being consciously woke, then petered out and died after becoming increasingly woke as the director adopted the “social consciousness” his patrons thrust upon him, will be reanimated as a woke walking corpse by a talentless “African booty-scratcher” who got where she is by being black, unlike Duane Jones, who got where he was by being good.

In Romero’s films, the zombies are empty shells, shambling around in a body that was once inhabited by a living, vibrant being. That’s the pathos inherent in the story. People die and become grotesque, mindless versions of what they were, with no spark of the humanity, intelligence, and creativity they once possessed.

Romero’s franchise has become just that. His Night of the Living Dead is now the living dead itself.

Not the most graceful title, but accurate for the upcoming remake.