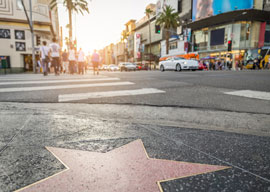 So apparently the Academy Awards are now the most racist, evil thing in the world, having surpassed the left’s last most racist, evil thing in the world (what was that again? Halloween costumes? Interracial wrestling? It’s so hard to keep track). The tragic fact that for the second year in a row no “actors of color” were nominated in the best-performance categories has touched off a wave of garment-rending outrage among “diversity” advocates in politics and the media.

You see, the Oscars are supposed to “reflect America.” Didn”t you know that? Well, apparently it’s true. “You don”t reflect America, your industry doesn”t reflect America,” a coalition of minority activists bellowed last week. Will Smith agreed, telling Good Morning America in a live satellite hookup from his solid-gold mansion under the sea that the Oscars should “reflect” American “beauty.” Al Sharpton, who’s normally so wary of bandwagons, uncharacteristically raised his voice in support, claiming that the Oscars don”t “reflect modern America.” And at a recent event in L.A., actor David Oyelowo claimed that the Motion Picture Academy “doesn”t reflect this nation.”

Wait…Oyelowo is a Nigerian from England (just like 2013 Oscar nominee Chiwetel Ejiofor). Exactly what “nation” is he referring to? The fact is, over the past 30 years, over one third of Best Actor Oscar winners have been foreign. Over one third of Best Actress winners have been foreign. If the point of the Oscars is to “reflect America,” why has there been no outcry over the disproportionate number of non-Americans who win? I don”t know about you, but I don”t exactly swell with USA pride when I see Brits, Canadians, and Australians taking home our precious statuettes, mooching our swag bags, and stealing jobs from great American actors like Eric Roberts (I mean, really, the man did forty-six movies in 2015, and not one single nomination? Not even for The Human Centipede 3?).

Someone call Trump”I think I have the topic of his next press conference.

Of course, the truth is the Academy’s nominees are not supposed to “reflect America.” Entertainment-industry hiring practices in general are not supposed to “reflect America.” They”re supposed to reflect the available talent pool, and nothing else. The notion that Hollywood is supposed to reflect America is a pernicious bit of nonsense that even some conservatives buy into when they counter the current Oscar protests by (correctly) pointing out that black actors get hired roughly in proportion to the percentage of black people in the U.S. However, making that point merely plays into the fiction that “representing America” is somehow the goal. It isn”t. Acting isn”t like food-service work, retail or clerical work, factory work, janitorial work, or customer-service work. No one is ever forced into acting by a bad economy. No man has ever said, “They”re closing the plant and shipping the jobs to India, so I guess that means I”ll have to learn Shakespeare in order to support my family.”

People go into acting because they want to. It’s a gigantic money-pit of a so-called profession, practically impossible to earn a living at, with zero job security, and unless a struggling actor or actress has wealthy parents or me as a boyfriend, a day job is usually required.

Hollywood owes America jack shit. If, and this is a big if, the entertainment industry has a responsibility to be “fair,” it owes fairness only to those poor bastards who are trying to become a part of it. This was a basic argument of Friends of Abe, the failed experiment in conservative Hollywood advocacy. FOA never demanded that Hollywood hire conservatives in exact proportion to the number of self-identified conservatives in American society. FOA only sought to ensure that people in the industry who are conservative don”t lose jobs on account of their beliefs.

The ridiculous notion of forcing Hollywood to “reflect America” last reared its head in the early 2000s. Back then, the focus was on television, not movies. After waves of protests from the NAACP and other equally useless organizations, the TV networks began forcing casting directors to seek out “diverse” talent, to make TV roles “proportional.” I dealt with that jibber-jabber in a 2002 L.A. Times op-ed under my pseudonym Marlon Mohammed (I wrote in detail about my brief stint as a black Muslim in this 2015 Taki’s piece).

“Marlon’s” op-ed was titled “Diversity Isn”t So Black and White an Issue,” and it dealt with the topic of proportional representation of available talent as opposed to representation of society as a whole:

White actors may get more work than actors of other races but, numerically, there are many more white actors who are struggling to make it in the business. To get an idea of the numbers we”re dealing with here, we can consult the Academy Players Directory, a master list of actors”accomplished and unknown, union and nonunion, with and without representation. These figures show that, of 16,235 listed actors, 695 are black (a little more than 4%), 484 are Latino (about 3%), 378 are Asian (a little more than 2%) and 170 are Native American (slightly more than 1%). The rest are white.

These numbers give a good indication of the supply-side of the actor marketplace. From these figures, it’s not hard to draw the conclusion that white actors make up the overwhelming majority of actors competing for work, in which case it’s not necessarily wrong that whites are hired in greater numbers. I just can”t support efforts to force the industry to gerrymander some kind of artificially engineered racial quota in hiring that doesn”t reflect the reality of the job market.

And here we are, fourteen years later, same angry rhetoric from the screech owls of diversity, and same answer from me: It’s the talent pool, not “society,” that matters when examining how “representative” the industry is.

The Internet has rendered the Academy Players Directory (which I relied on for my data in 2002) unnecessary. Casting is now done primarily online, and the leading platform through which actors seek work is Backstage.com. Through Backstage, casting directors can be assured of getting submissions from working-but-not-yet-famous actors, and from newcomers to the trade. Using Backstage as my source, I decided to obtain a new data set.

I created a phony Backstage.com casting notice to obtain my raw numbers. It was important that the “film” for which I was casting appear welcoming to actors of all races and ethnicities, without favoring any in the description of the roles. And it had to have the type of maddeningly bland title that would be offensive to none (and without any big words or clever puns, because actors tend to be very, very stupid). The film’s title? Silent Justice (what the hell does that even mean?). The roles? A clichÃ© for all ages and types: a dedicated female lawyer, a jaded male private eye, a young con man, a dignified poor chick, two feared assassins (one male, one female), a corrupt male politician, and a noble female one. Each role was clearly labeled “open to all races and ethnicities,” and ethnically identifiable character names were avoided (no Svens, Seamuses, Yahudas, Pablos, or D”Vondrells).

My ad began running on Monday the 18th, allowing me to collect a full week’s worth of applicants. I ended up netting 1,400 submissions from poor, desperate thespians. It appears I missed my calling as an online predator, because apparently I”m quite good at phony ads. The submissions represent a snapshot of the current Hollywood talent pool, the base of the acting pyramid. So let’s examine the numbers.