If It’s All the Same to You… 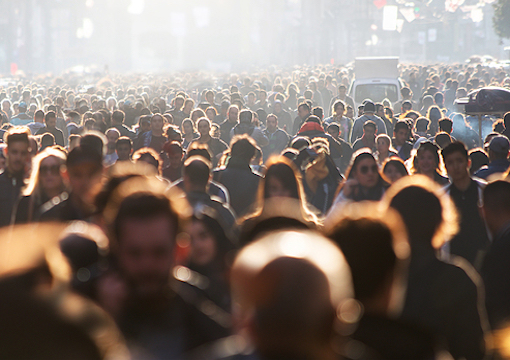 Nearly a century ago, in 1925 to be precise, the Austrian writer Stefan Zweig wrote an article for a Berlin newspaper titled “Making the World Uniform.” It began:

Despite the pleasure that every voyage has given me these last years, a strong impression has stayed in my mind: a silent horror at the uniformity of the world. All ways of life now end by resembling one another, all conform to a homogeneous cultural pattern.

I know what Zweig meant. In the days when I traveled a great deal, often to supposedly remote places, my ambition was not to reach somewhere no human foot had trodden, but where Coca-Cola or Nescafé was not on sale. This was no easy matter, and I hear from time to time that even the peak of Mount Everest is now littered.

Zweig attributed the extinction of national and cultural differences in Europe to the rapid Americanization of the continent after the First World War: Perhaps Midwesternization, at least as far as aesthetics were concerned, would have been a better term for it. The domination of American fashions, in clothes, music, literature, architecture, was complete, according to Zweig. Europe has become a cultural colony of the United States, and it welcomed its own subjugation, insofar as such colonization brought material comfort and required meager intellectual effort of citizens.

“It is tempting to suppose that there is increasing uniformity in the world. But it depends on which end of the telescope you look down.”

American or not, mass amusements now prevailed over more refined aristocratic or upper-middle-class ones so dear to Zweig. Football (soccer, not the American variety) became the measure of all things. Zweig’s theory was that the American civilization that conduced to material comfort and prosperity was so boring that it provoked, by reaction, sensation-seeking:

The real danger for Europe seems to me spiritual, in the penetration of American boredom, that horrible and very specific type of ennui that seeps out over there from every stone and every home in the numbered streets, that ennui that is not the former European kind, namely that of calm, of that which consists of sitting on a bench in the tavern, playing dominos and smoking a pipe, or wasting time lazily but harmlessly; the American ennui, by contrast, is unstable, restless and aggressive, overloads us with feverish excitement, and we seek to extinguish it by sport and sensation.

Zweig lamented the decline of interest in literature in favor of less mentally demanding amusements, though perhaps rather oddly he did not mention that he was at the time of writing this article one of the highest-paid authors in the world and his books sold by the hundreds of thousands; moreover, he certainly regarded his own works (rightly) as literature.

Still, I know what he meant when he referred to an increasing need for sensation. I suffered it myself when I was young, seeking out danger when life seemed to me insufficiently interesting without it. I was fortunate enough to be able to satisfy my desire for sensation by being able to travel somewhat dangerously, but those who had not this good fortune had to find something else to satisfy them. Music has become louder, films more violent, sport more extreme and brutal.

But has the world become more uniform? Again, I know what Zweig meant: Whatever large city you go to in the world, with the possible exception of Pyongyang, you find the same shops selling the same products, usually at not very different prices, at least not so different that they would be worth journeying 5,000 miles to take advantage of, though this is precisely what considerable numbers of people do. Futility, thy name is shopper!

It is tempting, then, to suppose that there is increasing uniformity in the world. But as with so many things, it depends on which end of the telescope you look down. When I see young people en masse, I think that they are all the same: They dress the same, their tastes are the same, their interests are the same, etc. And yet, when I speak to them individually, I find that there is the same irreducible individuality to each person. Human beings by their very nature are privileged, or condemned, to be unique. We see the end-of-the-telescope phenomenon in Shakespeare. When he depicts the lower orders of society as a collective, he depicts them most unflatteringly; they are stupid, unthinking, brutish, and fickle. But when he depicts them as individuals, he has the utmost sympathy for them, if one may be allowed to attribute any opinion or feeling to someone as protean as Shakespeare, who seemed to be capable of inhabiting any type of human mind.

Zweig refers in his article to the uniformity of dress as a sign of the increasing uniformity of populations. I am not sure this is right, at least not in all circumstances. It is true that such uniformity of dress can give rise to what Freud called the narcissism of small difference; for example, I have known a murder committed over a dispute about a brand of footwear, almost as indistinguishable from other brands as two stamps of the same issue, date and denomination—indistinguishable, that is, except to a philatelist.

On the other hand, uniformity of dress can relieve people of the possibility, and therefore the need, of standing out from others by means of outward show. They are therefore able to concentrate on distinguishing themselves by means of other, more important characteristics than what shirts or socks they wear; though perhaps even that is the wrong way of putting it, for people should not try to distinguish themselves from others, they should pursue worthwhile ends in themselves and if this distinguishes them from others, all well and good.

At the end of his article, Zweig tells all his readers who feel as he does that they cannot defeat modern trends, and therefore the best thing for them to do is to retire into a kind of inner immigration, cultivating their own interests quietly without stridently or uselessly condemning what in fact cannot be changed. Perhaps this advice explains Zweig’s later passivity in the face of Nazism. He was widely condemned for not condemning the Nazis sufficiently, but he probably thought that his condemnation would add nothing to the chorus and be of no effect into the bargain (no one could possibly have imagined that he was actually pro-Nazi); and that therefore for him even to comment on them directly would have represented a kind of victory for them. As every author knows, silence is the most devastating of all criticism.