If You Don’t Shut Up, I’m Gonna Blockchain Your Ass 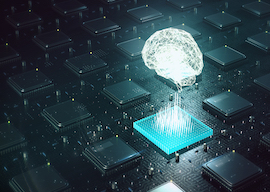 PITTSBURGH—Guys, you’re probably wondering what you get for your five mil when you buy into Whistlestop Zulu, and the answer is Blockchain On Steroids.

We’ve gone so deep into the Blockchain that we own it. If you come with us on this express-lane paradigm shift, you’ll see that we haven’t just disrupted the blueprint, we’ve ripped it to shreds and flushed it down a rabbit hole full of analog zero-sum Porta-Potties.

We rule the Blockchain like a self-driving car programmed to drive 90 and cut you off. We’ve parsed it, dissected it, reinvented it, and had 5G sex with it. The Whistlestop Zulu tech team out in Mountain View has raped the Blockchain and made it birth illegitimate children, then turned around and given it bloody abortions with wire hangers. You may think you know Blockchain solutions for 2019, but we’re putting Red Bull shots into a perfect storm of benchmark algorithmic end-user data-mining core competencies that make it possible, for the first time in history, to clone the Blockchain, dress the Blockchain like a transvestite prostitute, and make the Blockchain wear clown shoes.

But here’s the beauty of Whistlestop Zulu. We don’t actually use the Blockchain, we just manipulate it for client-centered spook assignments. Earlier this year we put the black-box app into operation for six days in Biloxi, Mississippi, and the results were stunning. Six percent of the population stopped drinking bottled water, 4 percent of the population started using dorky green scooters, and a whopping 17 percent of the residents of Biloxi reported some kind of flatulence in the workplace.

It’s all about the Blockchain, people. Sure, you can seek out synergy with change agents in India that are cheaper, but do you really wanna listen to the same accent that comes out of every call center in Hyderabad? We could Blockchain Hyderabad and have them speaking formal Swahili in twelve minutes, but who needs any kind of offline lemonade stand when we can use the Blockchain to A.I. the whole thing? Our proprietary Blockchain app can shadow-copy every call center between Delhi and Manila, then power-clone the servers to reverse-image an army of avatars programmed to Skype obscene gestures to Medicaid recipients.

“We rule the Blockchain like a self-driving car programmed to drive 90 and cut you off. ”

When Whistlestop Zulu puts boots on the ground, we’re not looking for a double or even triple multiple. We’re running trick plays in the fourth quarter of the Super Bowl in an effort to own the military space, the civilian contractor space, the novelty toy industry space, and the space that rents out space to space cadets. We don’t Blockchain for pocket change, we use an integrated approach to get a scalable result and an early exit.

What this means for you is that you now have a one-time chance to kick the Blockchain like a scared puppy chained up in an Akron dog pound.

We can’t tell you the whole story in a Seed Round presentation, but I’ll give you two words:

The Whistlestop Zulu crypto is not like any of the 47,000 cryptos you’ve already invested in, and I am authorized to tell you the one aspect that makes us different.

Just view the numbers and you’ll see what I mean. Since the launch of Monopoly in 1935, Hasbro has printed approximately $3.2 trillion in Monopoly money. That’s a capitalization that dwarfs the mere $100 billion invested in Bitcoin. Even allowing for Monopoly money chewed up by family dogs, scissored into confetti by 6-year-olds, and ripped up by angry dads landing on Boardwalk for the third time, the black market in Monopoly money, especially in games with lax bank management, is enormous because everybody cheats at Monopoly. Whistlestop Zulu has figured out a way to monetize that human weakness.

Using a Best of Breed proprietary software program that takes all the existing thousands of crypto currencies, Blockchains the crap out of them, then amalgamates them into a single daily Monopoly Money Trading Value, Whistlestop Zulu is able to literally think outside of the box. The Monopoly box contains $20,580, consisting of twenty orange $500 bills, twenty beige $100 bills, thirty blue $50 bills, fifty green $20 bills, forty yellow $10 bills, forty pink $5 bills, and forty white $1 bills. However, if you have a pre-2008 game, the bank starts with only $15,140, indicating that an investment in the full game has appreciated 33 percent in a little over ten years.

The daily Monopoly Money Trading Value is used to establish a floating market for Monopoly Money, protected by the Blockchain, of course, but if I told you anything more about the overall Whistlestop Zulu business plan, I would be violating my nondisclosure agreement, which is in place as a way to protect our strategic position, which means protecting your five mil.

Well, there’s an ATM across the street.