I’ll Have the Chicken Testicle Soup – Hold the Deadly Virus 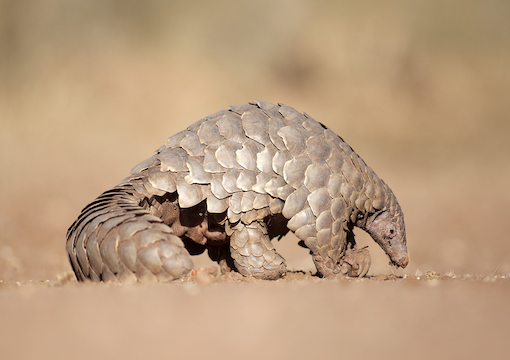 It’s probably a coincidence, but I notice that as businesses go under, jobs are lost, careers are ended and trillions of dollars are drained from the economy, the people most avidly pushing the coronavirus panic are doing quite well.

No politician or government official has taken a salary cut. To the contrary, dusty bureaucrats now find the entire country transfixed by their every utterance. Cable news hosts still make millions of dollars — and now they get to work from home!

Annoyingly, though, journalists can’t seem to relay the basic elements of a news story: who, what, where and why.

First, who’s dying? It appears to be mostly the old, people with specific medical conditions and vapers.

To be sure, that’s not as important as daily updates on Chris Cuomo’s personal battle with the coronavirus, but it might be kind of important to the 17 million Americans who’ve been thrown out of work, many of whom are not elderly, immunocompromised or vapers.

Second, the “what.” What exactly constitutes a “coronavirus death”?

It turns out a person with Stage 4 lung cancer and a bullet through the heart will be counted as a “coronavirus death” if he also tested positive for the disease, OR merely exhibited symptoms associated with it (symptoms that are coextensive with the flu and pneumonia).

We’re told that, if anything, coronavirus deaths are being undercounted because the numbers don’t include those who die of it at home.

“Annoyingly, though, journalists can’t seem to relay the basic elements of a news story: who, what, where and why.”

If so, then the death count also excludes those who die at home of other things, like heart attacks and poisonings. Many of these people might have survived — except they were too scared to go to a hospital or couldn’t find an EMT to take them there, per current edicts.

The “where” is: Where did the virus originate, and where did it first land in this country?

Despite the media’s best efforts — DON’T CALL IT THE “CHINESE VIRUS”! — people know that the virus began at a wet market in China.

But where did it start in this country? Washington state was the site of our very first case. Washington state is also 9.3% Asian. Even now, it has eight times more coronavirus cases per capita than neighboring Oregon (4.8% Asian).

Could it be that Chinese-Americans have more contact with the epicenter of this plague than other Americans? As the left always lectures us, BELIEVE THE SCIENCE!

The virus next leapt to New York (9% Asian) and New Jersey (10% Asian). The worst-hit borough of Manhattan is Queens. Guess which borough has the most Asians? Elmhurst Hospital in Queens is the worst-hit hospital in the nation. Elmhurst neighborhood: 50% Asian.

Arguably, Trump had a reason to shut down travel from China other than “hysteria, xenophobia and fear-mongering”, as Joe Biden claimed in a tweet on Feb. 1.

Of course, once it’s here, it’s here and can spread all over. Still, compare New York and New Jersey to, say, Montana and West Virginia.

Then there’s California, which alone among the four states with the highest Asian populations has relatively few coronavirus cases, probably due to its warm climate and little public transportation, among other things. In those respects, California is a lot like Texas — which has about a third as many Asians and also about half as many coronavirus deaths (1.1 per 100,000 in California, compared to 0.71 per 100,000 in Texas).

MEDIA: Oh, why does it matter?

OK, OK, you’re right. But isn’t the prevalence of the coronavirus in states with high Asian populations at least as interesting as this recent article in The New York Times magazine?

Man with severe asthma gets coronavirus, has low-grade fever for approximately 10 days with muscle pain, nausea and fatigue, develops walking pneumonia per X-ray (no clinical evidence) …

Finally, why? Why do we have to deal with this virus at all?

The media would prefer if you would stop asking this question, but Americans who didn’t have to die are dead because of Wall Street’s decision to merge our economy with the Chinese, who have unusual eating habits.

The Chinese eat wolf pups. But eating dog wasn’t weird enough. It didn’t give them a frisson of freakishness. They also eat bats, snakes and chicken testicles.

Mom: Not tonight! For a special treat, we’re having chicken testicles!

Tigers and rhinos are the most endangered species on Earth because Chinese people think rhinoceros horns and tiger penises can cure impotence. The Caspian, Bali and Javan tigers are already extinct because of this charming folk remedy.

Recently added to the endangered species list is the cute, cartoonish pangolin, the most trafficked animal is the world. Unfortunately, the pangolin’s scales are believed to cure any number of ailments, according to traditional Chinese medicine.

The media are too busy covering for China. At least the Chinese aren’t white.

Although, it occurs to me that, despite America’s terrible toxic whiteness, one way our culture is superior to others is that we don’t believe lunatic nonsense that wipes out entire species or launches viral pandemics on the world.

Now back to Chris Cuomo’s riveting battle with the coronavirus.